`We were helping the war effort’ 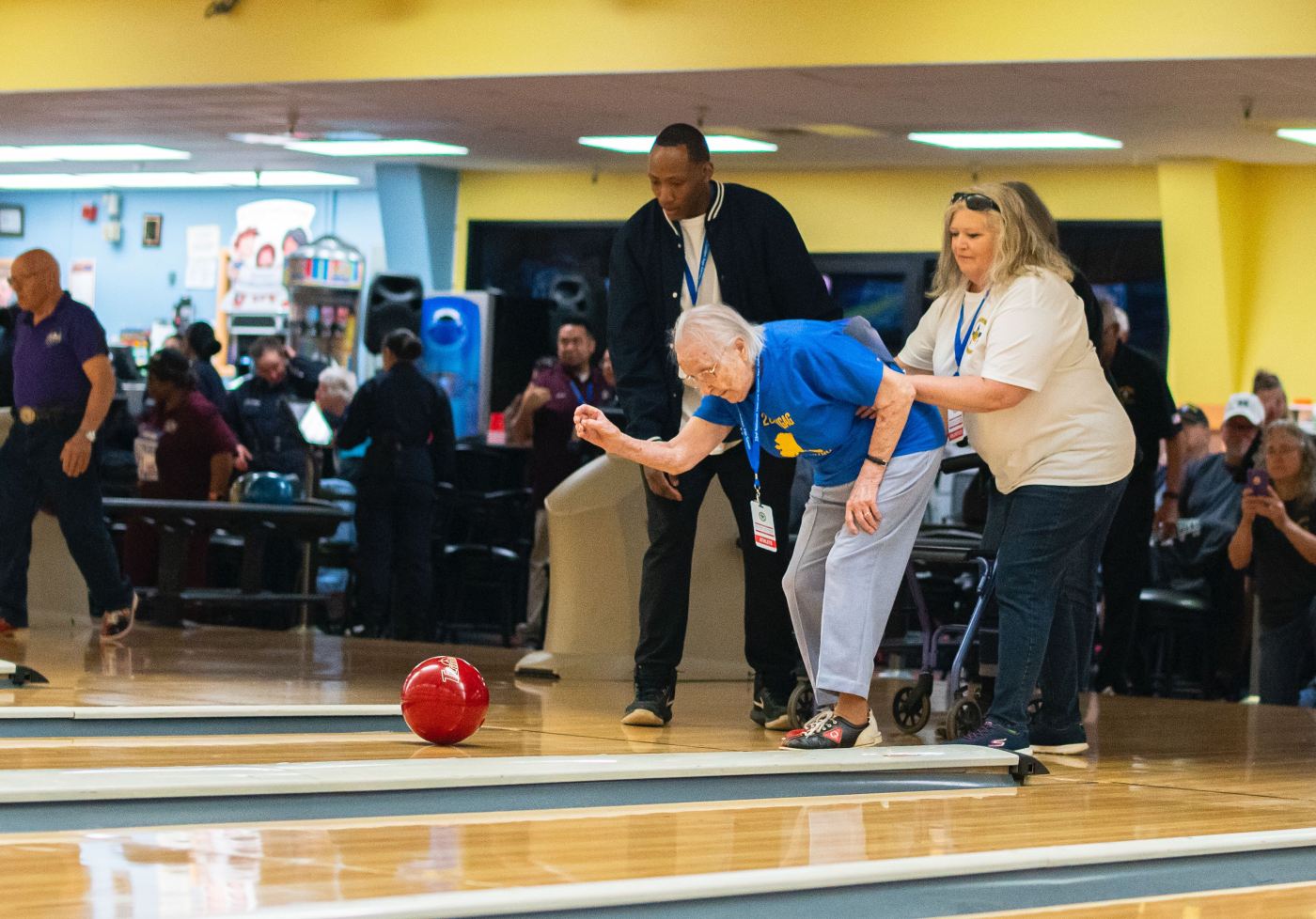 Want to know how VA can help you achieve “Fitness for Life”? Click here to learn more about VA’s Adaptive Sports and Therapeutic Art Program.

The second World War is remembered as a time when many Americans made enormous sacrifices on foreign lands and at home to stop the rise of tyranny and the axis powers. Those Americans spearheaded what’s widely regarded as “The Greatest Generation.”

World War II Veteran Wilma Gregory is very proud of that generation. But she notes with humbleness that she was just doing what she was supposed to do in the Army. She trained to be a medical technician.

“We were helping the war effort,” she says. “There have been many times when people have had to sacrifice. World War II was one of them. It was one of those things.”

The 101-year-old woman made her remarks at the National Veterans Golden Age Games in Anchorage, Alaska. She’s one of six World War II Vets who are at this year’s games and is the oldest Veteran to ever participate in the annual VA sports event.

In her only activity at the National Veterans Golden Age Games—bowling—Gregory won a gold medal in the age 90-and-over women’s category. This is her first-ever appearance at the games.

Gregory lives in Homer, which is on Kachemak Bay on Alaska’s Kenai Peninsula. She uses the Alaska VA Healthcare System in Anchorage for her medical challenges, which include a lack of hearing and mobility.

Nearly 75 years ago in 1945, she completed basic and medical technician training in the Army. But the war ended before she could “practice what I was trained for,” as she put it. Otherwise, she likely would have been sent overseas to one of the theaters of war, she says.

“I had been working in defense, and there was a call for medical technicians,” Gregory said. “I had thought of being a nurse, and I believed that was a good chance to find out.”

Before entering the military, Gregory worked for the aircraft maintenance and repair company Martin Aviation. She trained during the war to inspect warplanes that had been modified in some capacity. That led her to inspect three types of bombers at an air modification facility in Omaha, Nebraska: the B-25, the B-26, and the B-29. Officials never explained the reasons for the modifications because everything was secretive, she says.

But regarding the B-29 Superfortress, which had been modified to include an enlarged bomb bay with a single set of doors, “We knew [that addition] was something special, but we didn’t know exactly what it was for,” she recalls.

“There have been many times when people have had to sacrifice. World War II was one of them. It was one of those things.”

Gregory and her colleagues inspected three B-29 bombers. Research in ensuing years by Gregory’s family has led them to believe that these three warplanes were involved in the U.S. mission to drop the atomic bomb on Japan in August 1945. The family says two of the planes, the “Enola Gay” and “Bockscar,” dropped the atomic bomb on Hiroshima and Nagasaki, respectively, after which Japan surrendered. The other plane was a backup.

“I can’t say with 100% certainty, but at the time these B-29s were the only three to be modified like this,” says Gregory’s son-in-law, Craig Forrest.

Wilma Gregory is interviewed by author Mike Richman during the bowling portion of the 2019 National Golden Age Games.

Forrest and his wife, Gregory’s daughter Gayle Forrest, were among the large contingent rooting Wilma on at the bowling alley Sunday at Joint Base Elmendorf-Richardson in Anchorage. With volunteers stabilizing her as she stood at the foul line, she tallied a 25 in her first game and a 17 in her second game using a six-pound ball. Amazingly, it was only the second time in the past 75 years that she has bowled.

Two Army Veterans from Hawaii who watched her bowl, Ed Gayagas and his daughter, Crissy, both described her as an “inspiration,” as they waited to take pictures with her.

“It was a lot of fun,” Gregory says. “For my age, I did pretty good, although it was annoying that I didn’t do better. But it was a good way for me to finish things up here.”

Want to know how VA can help you achieve “Fitness for Life”? Click here to learn more about VA’s Adaptive Sports and Therapeutic Art Program.