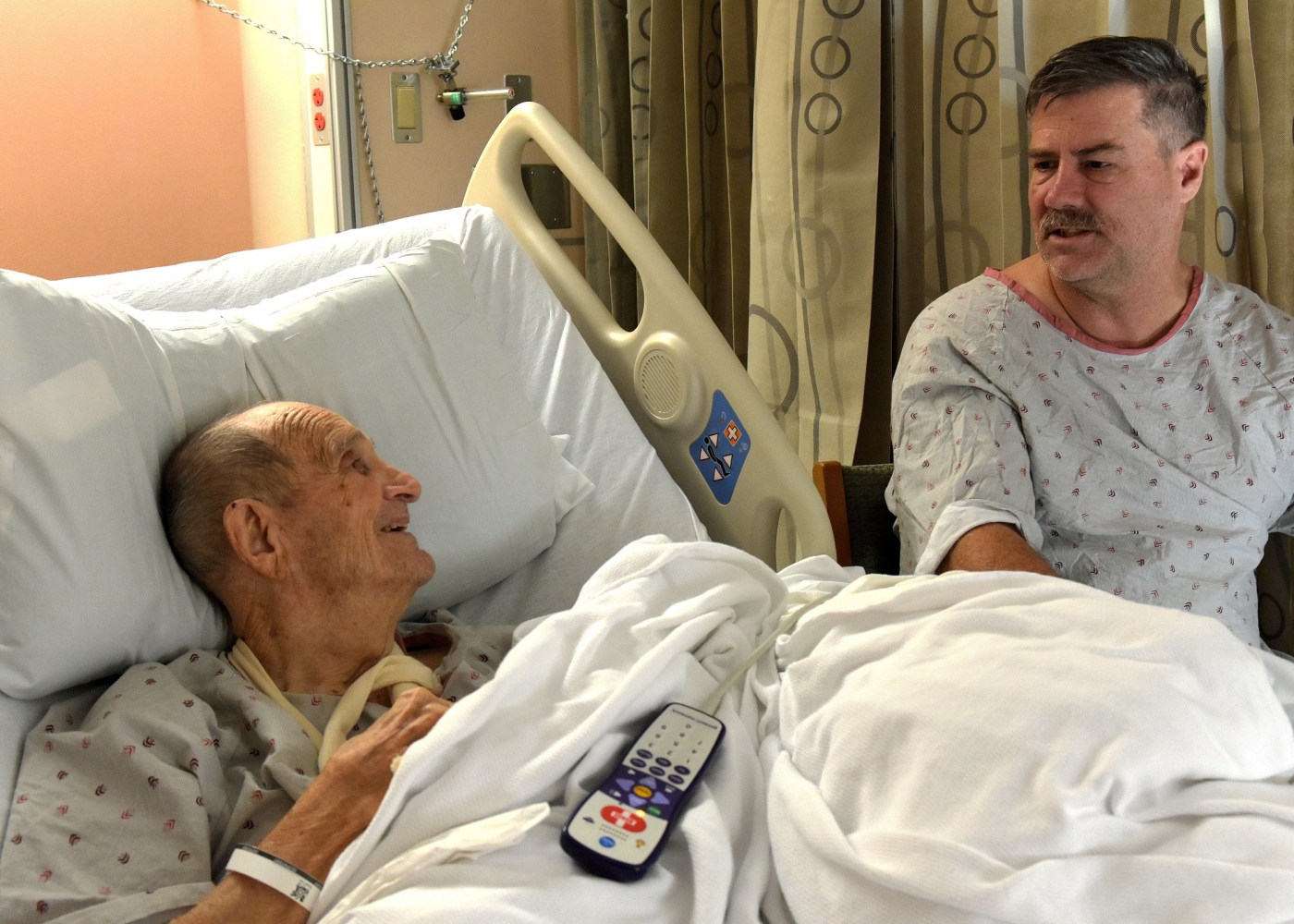 Retired Marine Staff Sergeant Darryll Taylor is no stranger to the VA North Texas Health Care System. Taylor has been a patient at the Dallas campus for several years. World War II and D-Day Veteran, Clifford Stump, has long wandered the halls and clinics there, too.

Taylor and Stump–two Veterans who had never met or seen each other in passing–became temporary in-patient roommates on June 10, 2019. Although separated by nearly five decades in age, shared combat experiences have a way of bridging the time divide.

As they see it, they’ve answered the same call.

“As young Marines we learned about the Battle of the Bulge and D-Day,” said Taylor, an Afghanistan and Iraq Veteran. “To meet a soldier who was there, who lived it and survived, is truly an honor.”

Stump, who recently returned to the beaches of Normandy where he landed in a glider 75 years ago during D-Day, is awaiting surgery for a broken elbow that occurred on the trip. Conversing with Taylor about their times serving in uniform took Stump’s mind off the pain and brightened his spirits.

“I’m sure he’s a good Marine,” says Stump. “To make friends like him (Stump) is worth more than any amount of money.”

The camaraderie developed between service members at VA builds bonds that stand the test of time. Those who’ve seen combat know another warrior when they meet one, and an instant bond is often formed. It’s a ritual witnessed each day at VA North Texas Health Care System. With the unspoken understanding between Veterans present, Taylor and Stump each knew what the other had experienced.

“We don’t have to share the gory details,” said Taylor.

While most of the 134,000 patients that VA North Texas serves each year are not admitted for short or extended stays of care, the connections formed while serving in uniform help relieve stress, and they have a healing effect on those who become in-patients that transcend conventional medicine.

“We see it every day,” says Sheila Wise, VA North Texas Nurse Manager and retired U.S Army Nurse. “The older Veterans are still mentoring the younger Veterans–it’s a brotherhood, a camaraderie that knows no end.”