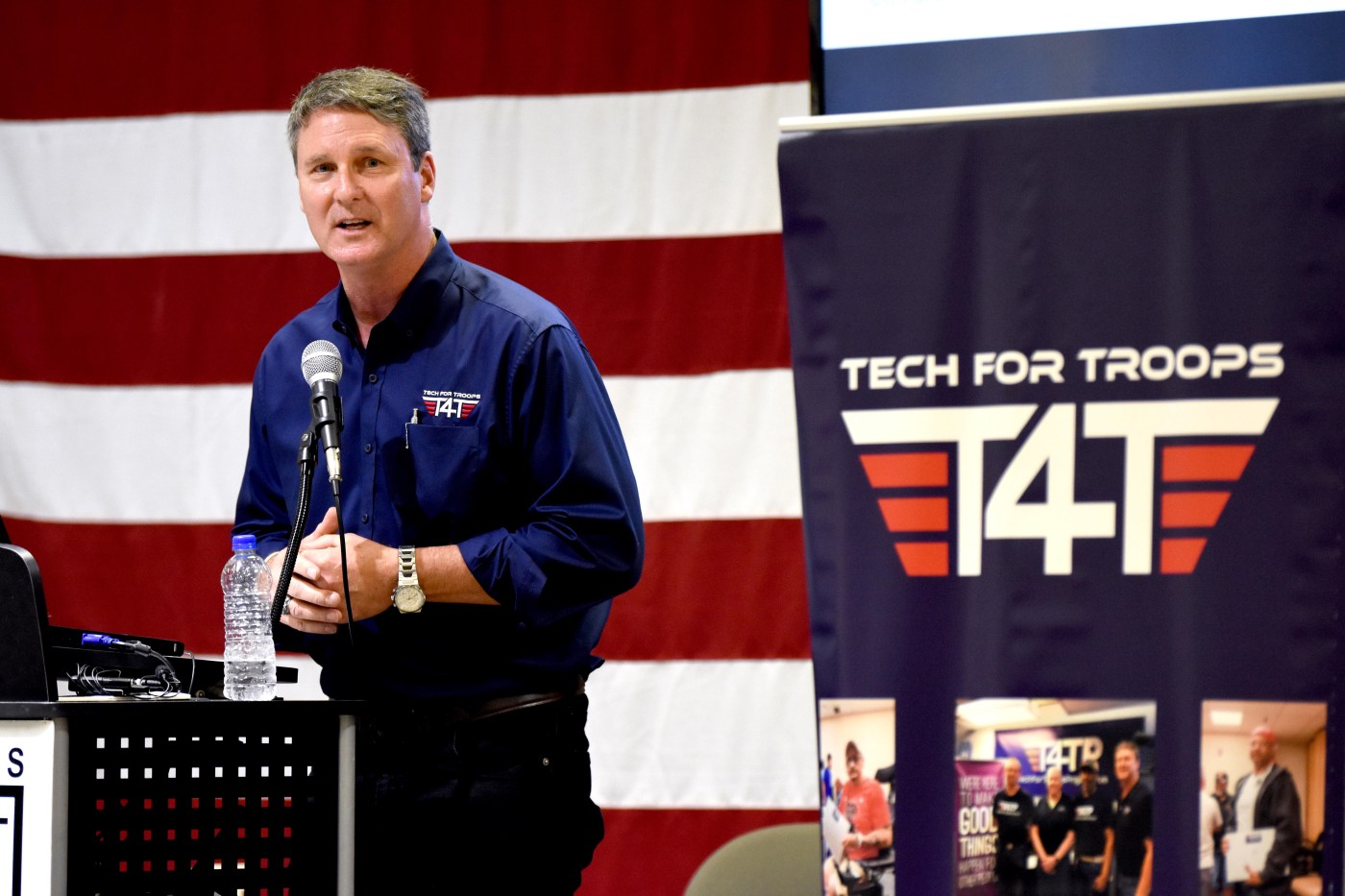 U.S Department of Housing and Urban Development – VA Supportive Housing (HUD-VASH) case workers identified recently homeless Dallas, and then provided them with laptops and training to improve their life situation and reintegration back in to society as members of the workforce.

“I can’t express how much this means to me and how much it will help as I rebuild my life,” says U.S Army Veteran Hazel Jackson.

Jackson, who experienced a period of homelessness following a heart procedure, worked with HUD-VASH programs at Dallas VA Medical Center to make her way back into the workforce, recently earning a Bachelor of Science degree in Human Services from University of North Texas.

“The team at Dallas VA, and the support we receive from groups like this, they’ll never really know how much of a positive impact they are making,” said Jackson.

“We have a host of programs to assist homeless Veterans,” said Kevin Hosey, Deputy Director of Comprehensive Homeless Center Programs for VA North Texas. “Donations and training like this are truly a linchpin in the success of those programs.”

Toyota Motor North America Inc., headquartered in Plano, Texas, provided the laptops and more than a dozen IT volunteers from across the country to host the event.

“Many on our team are Veterans and it’s important for us to maintain that camaraderie,” said Toyota Group Manager and U.S. Marine Corps Veteran, James Havens.

In 2018, Tech For Troops delivered nearly $400,000 worth of refurbished laptops and countless hours of workforce training to homeless and disabled Veterans across the United States.

“As a Veteran myself, it means so much to be able to help and give back to fellow Veterans who need it most,” said Mark Casper, Director of Tech For Troops. “I am also personally honored and excited that Toyota has agreed to support Tech For Troops in our mission.”

VA North Texas receives more than $5.2 million in donations annually, all of which go directly to supporting the more than 182,000 enrolled Veterans.