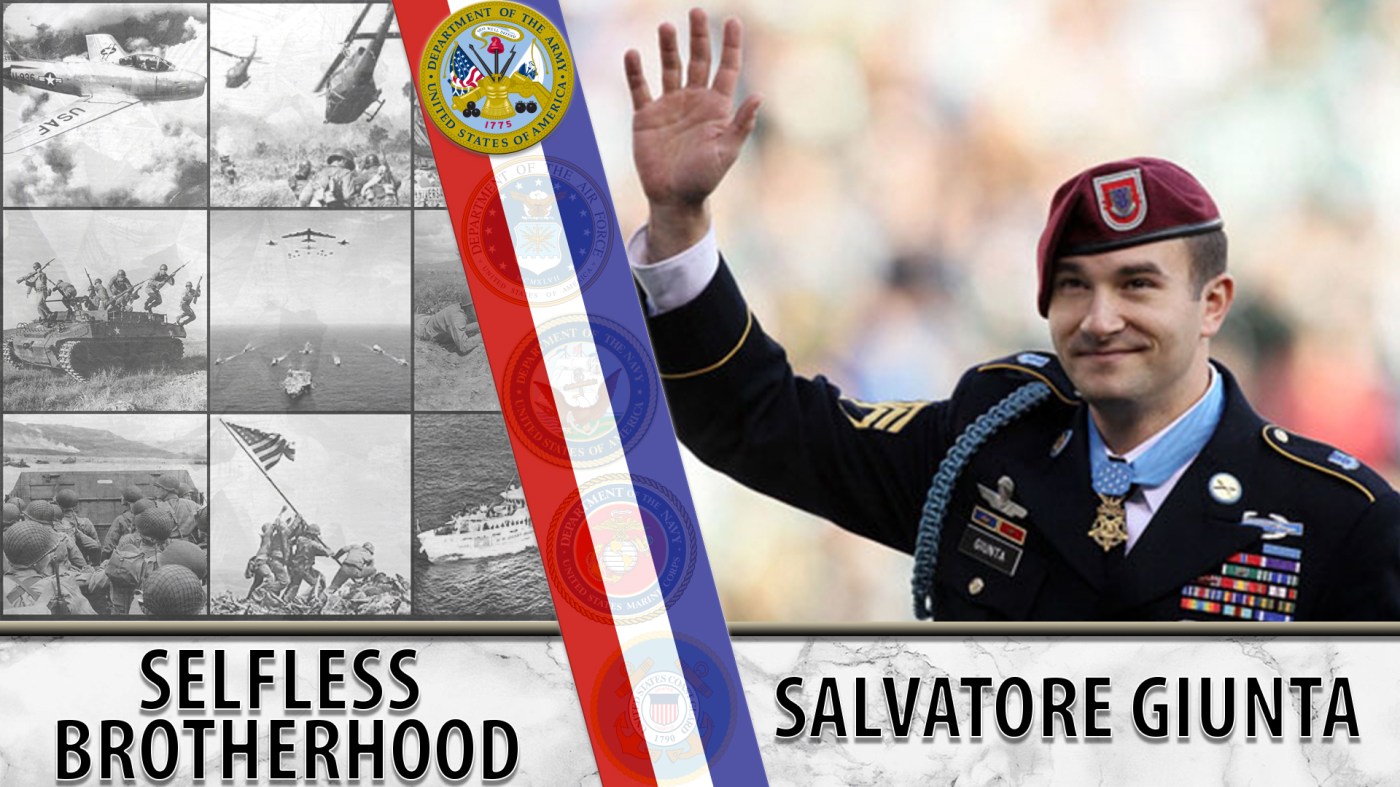 Staff Sgt. Salvatore Giunta is the first living person since the Vietnam War to earn the Medal of Honor.

Salvatore Augustine Giunta was born on January 21, 1985, in Clinton, Iowa, to an Italian-American family. While working at a Subway at the age of 17, Giunta enlisted in the U.S. Army after watching a recruitment commercial.

After enlisting, Giunta reported to basic training at Fort Benning, Georgia, and subsequently joined the 2nd Battalion, 503rd Infantry Regiment, 173rd Airborne Brigade Combat Team based in Vincenza, Italy. Later, he served in Zabul, Afghanistan, from March 2005 to March 2006. During this time, he felt that he had developed into a true solider after an IED hit a truck and he witnessed the death of his four comrades. As said in an interview with Vanity Fair, “It’s one thing to see someone dead. But it’s another thing to see an American soldier, or someone you know. They’re at the strongest moments of their life and it is just gone from them.”

When his first deployment ended, the Army’s stop loss policy extended his active duty service, and kept him in the Korengal Valley. On October 25, 2007, Giunta and his team went on a night patrol in the mountains along the Gatigal Spur of Honcho Hill. Within only a few feet of leaving their position, they were ambushed by Taliban fire from all directions.

After seeing his squad leader take a bullet to the head and collapse, Giunta sprinted toward him, into a “wall of bullets,” countering insurgent fire with his own. Giunta found his squad leader uninjured, but in rushing over, Giunta was hit twice while trying to find cover–one bullet hitting his chest plate and the other shattering a weapon on his back. A few seconds later, Giunta began throwing fragmentation grenades toward the Taliban to disrupt their attack.

Giunta and two other squad mates advanced, firing back until they were able to reach an injured friend to tend to his wounds. After ensuring his friend’s safety, Giunta dashed over a nearby hill with no cover, and when he lifted his eyes his heart stopped. In the distance, he saw the silhouettes of two insurgents dragging away Sgt. Josh Brennan–his best friend. Giunta ran towards them, took aim, and killed one of the insurgents. The other dropped Brennan and fled. When he reached Brennan, he saw that he was severely wounded. The ambush was ending, and he kept Brennan alive while waiting for evacuation. Brennan died in surgery the next day.

Two days later, Giunta learned he would be recommended for the Medal of Honor. On Sep. 10, 2010, President Barack Obama announced that he would award the United States’ highest military honor, the first awarded to a living recipient since the Vietnam War. Giunta’s ceremony took place on Nov. 16, 2010, at the White House. However, he was not at peace with his award because he knew he did what any other solider would have done. In July 2017, at a ceremony in Vicenza, he pulled out his medal and handed it to the brigade, stating that he wanted the medal to remain there with the 173rd’s men and women.

Salvatore Giunta left the Army in 2011 to study at Colorado State University. Giunta published an autobiography, Living with Honor, in 2012.

Thank you for your service, Staff Sgt. Salvatore Giunta.