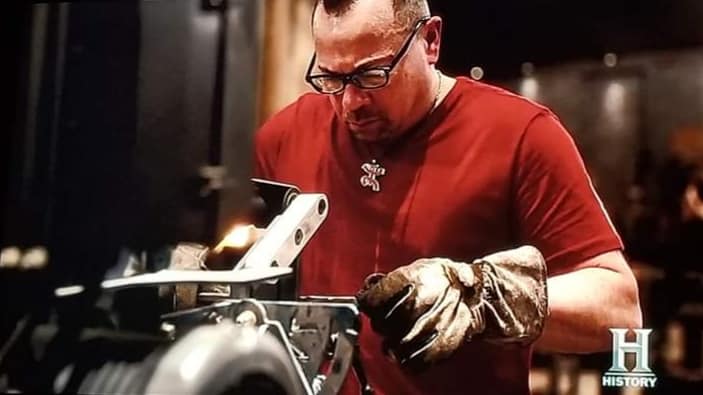 Fermin Lopez, an Army Veteran who served as a medic in Iraq, is a medical records technician at the VA Kernersville Health Care Center in Kernersville, North Carolina. After coming back from Iraq, he suffered from post-traumatic stress disorder.

“It’s something I’ve struggled with for so long (PTSD); to be a medic, it’s a very hard job (in a combat zone),” said Lopez.

He found his niche when he happened to catch a video of someone making a knife on the internet through a process known as forging. Forging is creating an object from metal by heating and then hammering it into shape.

“I found myself alone and hopeless,” said Lopez. “One day, I was looking on YouTube, and I saw a young man forging a knife. I said to myself, ‘hmm, I can do that. So, with time and patience, I hand-forged my first knife and noticed I was feeling better; every time I forged something with my hands, it was like therapy to me.”

Lopez tried traditional therapy, but it wasn’t a good fit for him.

“I don’t do group therapy, and I sometimes have a hard time opening up to a single doctor,” he said, “so, I needed something to ease my mind. That’s what forging is, therapy for me— it allows me to focus on the metal and I get pleasure in what I do.”

After five years of bladesmithing, Lopez was selected as part of a group of 300 other competitors, from a pool of 50,000 applicants, to compete on the History Channel’s TV show “Forged in Fire,” eventually appearing in the show’s sixth season, 10thepisode, titled “Branch Battle.”

Upon his arrival at the filming of the show, Lopez met three other Army Veterans who he came to know also suffered from PTSD, as they competed for the $50,000 prize.

In the five-part special, top bladesmiths from each military branch strived to earn a spot to represent their branch. The Army took the first round, as four soldiers, including Lopez, worked to recreate a World War II special forces V-42 stiletto. Then, for the finals, he and one other competitor were sent home to use their own hand-built forges for the U.S. Army officer’s sword.

“To me, it was such an honor that I was going to represent VA, and the U.S. Army as a disabled Veteran,” said Lopez. “Finally, I could share to all Veterans that there is help and ways to cope with PTSD … I’m showing the Veteran you can do what you put your mind to.”

Lopez suggested that some Veterans might find healing through a similar activity.

“When you’re focusing on something, you don’t think about the past,” he said. “Whether it’s pottery or carpentry, or anything you can do with your hands, it puts your mind at ease.”

“In the end, I came in second place, and the U.S. Army took the entire competition,” said Lopez. “To be honest, it wasn’t about which branch was better than the other; it was about the brotherhood we all share.”