“Eat it or starve:” food causes stress for women Veterans 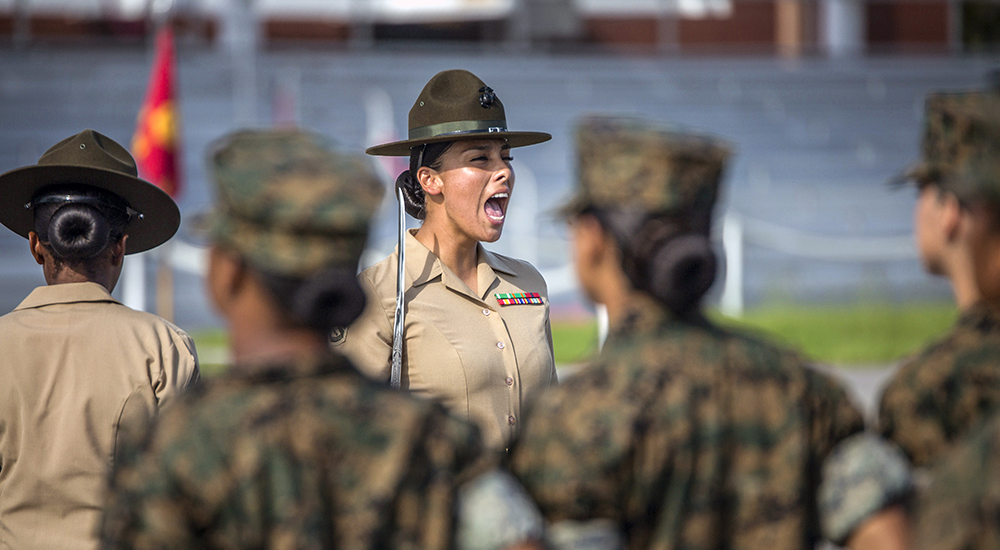 The military is no picnic when it comes to consuming food. Eating quickly and at strange hours is a way of life in the armed forces. For many women Veterans, these experiences can affect their eating habits, and relationship with food after their military service is over.

For a study published in the journal Appetite, researchers Dr. Jessica Breland of VA Palo Alto Health Care System and Dr. Shira Maguen of San Francisco VA Health Care System talked with 20 women Veterans about how military service affected their eating habits. They found that many had developed unhealthy patterns such as binging, eating quickly, eating in response to stress and extreme dieting. In many cases, those habits carried over into civilian life.

Almost all of the women recalled that in boot camp, they were forced to eat quickly.

“My family asks why I eat so fast, and I say I learned it from the military,” one woman Veteran said. “We were always timed.”

Others ate quickly in order to get second helpings. In addition to eating fast, they also ate a lot. Since they were physically active, they didn’t gain weight. But when they got out of boot camp and continued eating large meals, they gained weight, which then affected their self-esteem.

Deployment changed eating habits even further since there was no set schedule for meals.

“You ate as much as you could before the flies ate your food, or you had to run off and do something and get [to] … the next stressful situation” said one woman Veteran.

On base, meals were less stressful than in boot camp or on deployment, but healthy choices were limited.

“Your options are the mess hall or Burger King and Cinnabon,” said another woman Veteran.

Finding healthy food choices in the military was not easy

For many women, the need to “make weight”—not exceed maximum military weight limits—was an ongoing struggle. This involved continually monitoring what they ate and being monitored by others. For some, this struggle was tied directly to the stress of being female in the military.

“There is just a whole host of things that we have to deal with that [male service members] don’t have to,” one woman said, “and one of those things is being constantly judged on our appearance. It’s like there is nothing we can do right as women in the military and … that translates into these eating issues when we get home.”

“They give you nine months to gain the weight [during pregnancy], and if you’re over[weight] when you come back to work in six weeks, it’s career death,” one participant said. “They start writing you up, they start demoting you, but the men don’t have that, you know?”

Some women ate as a way of finding comfort and control in stressful situations. One Navy Veteran said she and a female colleague felt isolated and bullied due to their gender. They used food as a way to feel good and cope.

“When we got in port, we would just hole up in a hotel room, and just buy a whole bunch of just comfort food, candy, cookies, and whatever it was that we wanted to pig out and eat on. So we [were] in a relationship with the food, her and me, which … helped us out a lot.”

Some became trapped in a cycle of overeating and extreme dieting.

“You [could have] the start of a really serious eating disorder that could have killed you and it was reinforced by people saying, ‘Oh my god, look how much weight you are losing,’ like it was a good thing,” one female Veteran said. “Were they going to wait until you were dead before they said, ‘You know, this might not be so healthy’?”

Some women found it hard to readjust to civilian eating patterns after leaving the service.

“[My family said], ‘We’re not in the military. You have to slow down and back away and think about what you are doing,’” another female Veteran said. “So that was hard … it wasn’t clicking in my head that I was no longer in the military. They didn’t know my norm, and I didn’t know their norm, and we were just clashing all the time.”

Other women reported that they no longer took pleasure in food because years of consuming mediocre military meals had reduced eating to the level of a chore.

“You just eat it or you starve,” as one woman put it.

The researchers caution that their findings may not apply to all women in the military, but only to those with certain risk factors. They hope to do larger-scale research to further explore the issue.