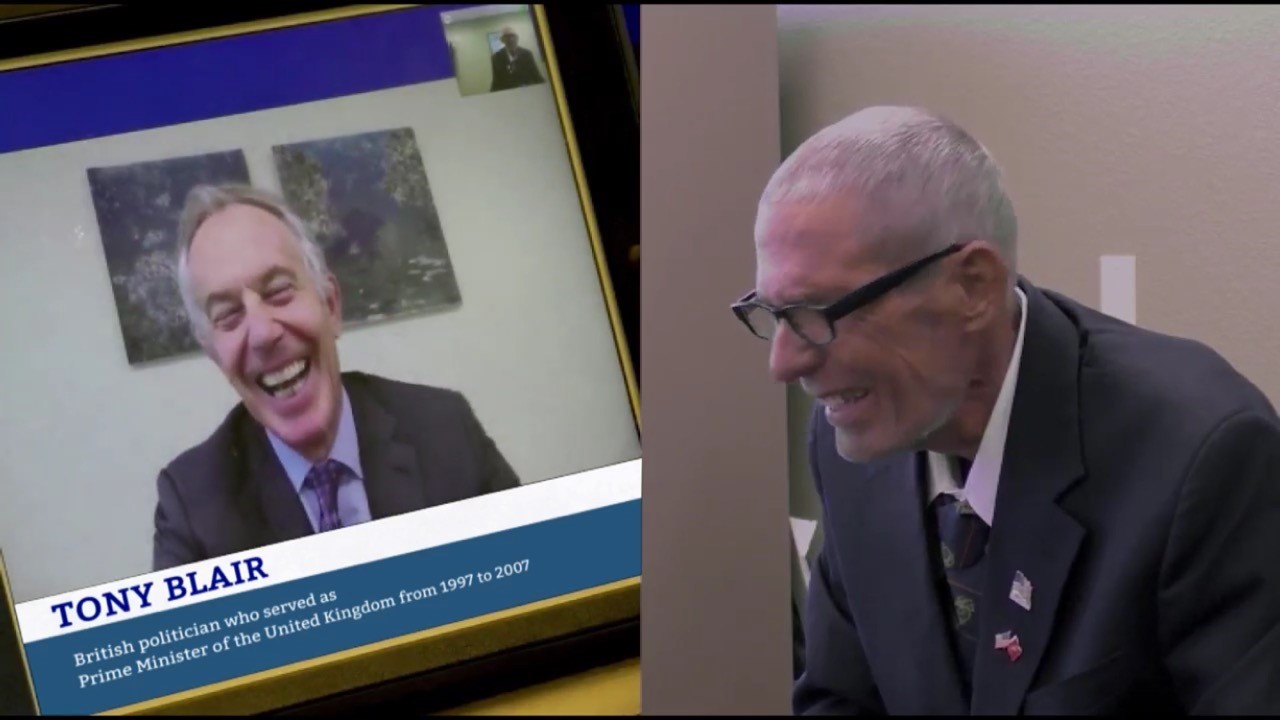 David, a Marine Veteran and a patient at the Phoenix VA Medical Center, was terminally ill, but he had a dream to talk to former Prime Minister of the United Kingdom of Great Britain and Northern Ireland Tony Blair. Blair’s speech following the events of 9/11 had made a huge impact on him.

“I very much appreciated being called a friend in addition to an ally,” said David. “In his speech Mr. Blair referred to the Americans not just as Allies, but as friends. He said that he and the United Kingdom would stand beside us.”

As a Marine, the motto “Semper Fidelis” or “Always Faithful” meant a lot to David, and he dreamed of thanking the former Prime Minister for his speech.

“My team worked super hard to make it happen, along with the Dream Foundation and Mr. Blair’s team in England,” said Public Affairs Officer Cindy Dorfner.

The Phoenix VA’s oncology social worker and David’s oncology doctor worked closely with the team as the time for the video chat came closer.

“His oncology doctor even brought him a suit to wear. It was awesome,” said Dorfner.

The Phoenix VA team arranged with the Dream Foundation to hold the video chat in the facility’s conference center.

“You’d never know it, but they talked for about 15 minutes even though the conversation was planned to be about five minutes,” said Dorfner.

Afterward, David said, “I’m walking away with something much deeper. I very much enjoyed the time and the man – I’m very happy.”

VA’s Palliative Care offers comfort measures that focus on relief of suffering and control of symptoms so that veterans can carry out day-to-day activities.

Lana Shulman is a public affairs specialist at the Dallas VA regional office. Cindy Dorfner and Bobbi Gruner contributed to the story.