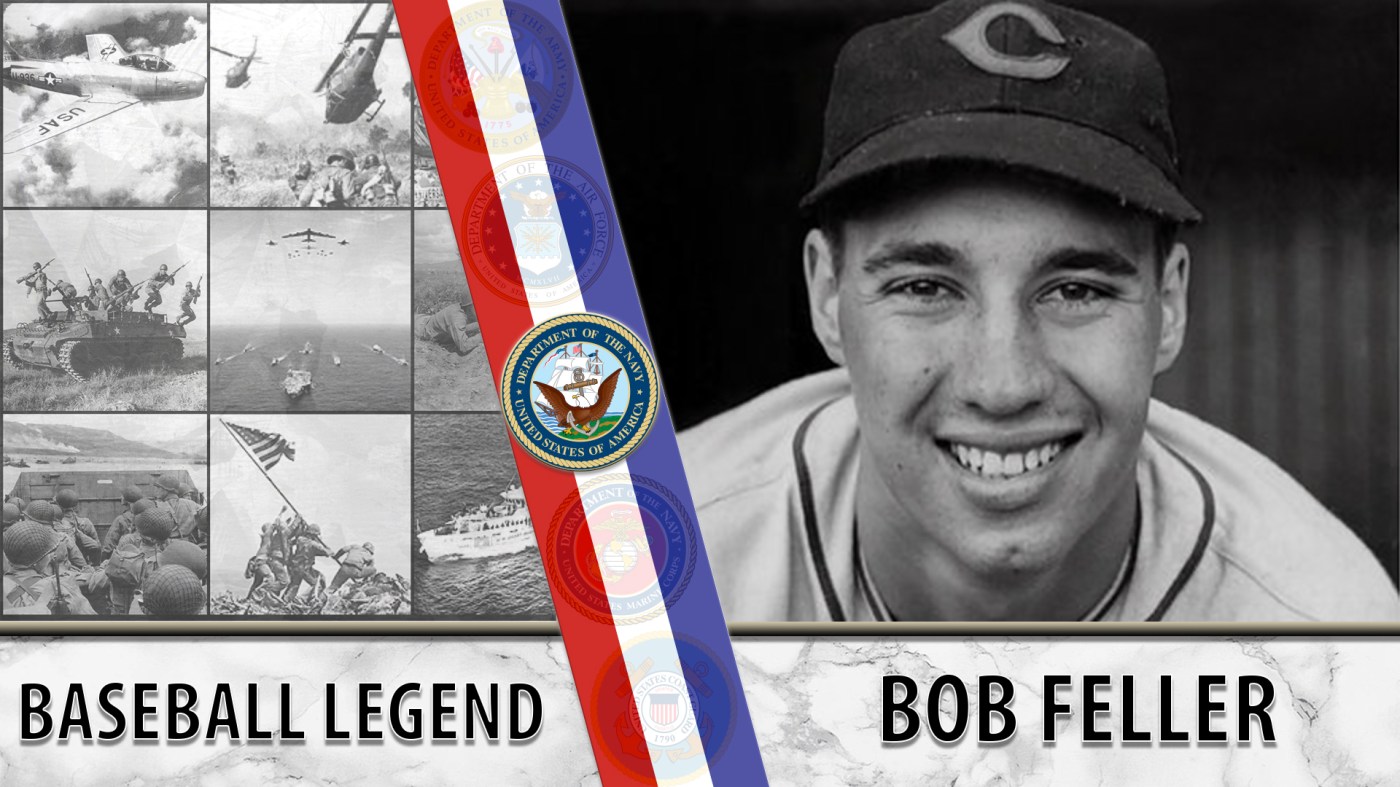 Baseball legend Bob Feller was one of the first professional athletes to enlist in the military for service during World War II. He would go on to break numerous baseball records both before and after his time in the service.

Bob Feller made his Major League Baseball debut in the summer of 1936, when he was just 17—and still in high school. For the next five seasons, the young hurler would show off the stuff that made him one of the most electric pitchers in the game.

After the 1941 season, Feller drove to Chicago to meet with Cleveland Indians representatives to discuss his contract for 1942. On his way there, he heard about the bombing at Pearl Harbor. Two days later, he enlisted in the Navy.

After graduating basic training in early 1942 at Norfolk Naval Base, Feller began playing for the Training Station’s baseball team, a light duty assignment for athletes. After applying for gunnery school and requesting sea duty, Feller joined the crew of the USS Alabama.

The Alabama served as an escort for aircraft carriers, fended off kamikaze attacks and bombarded beaches. Feller saw combat off Tarawa, in the Marshall Islands, at the Caroline Islands, and in the Philippines. He called the Battle of the Philippines “the most exciting 13 hours of my life. After that,” he said, “the dangers of Yankee Stadium seemed trivial.”

In March 1945, Feller transferred to the Great Lakes Naval Training Center where he managed the baseball team. In late August, just 15 days after the US dropped the bomb on Hiroshima, Feller left the Navy and returned to the Cleveland Indians to finish out the 1945 season. For his Navy service, he received six campaign ribbons and eight battle stars.

Feller would go on to dominate the American League, as he had prior to serving. Though he threw his first no-hitter in 1940, his career was just as spectacular after serving. He threw two more no hitters—in 1946 and 1951—won the 1948 World Series, led the American League in wins six times, in strikeouts seven times, and was an 8-time all-star. He retired in September 1956, having won 266 games with 2,581 strikeouts and a career 3.25 ERA.

Bob Feller was elected into the Baseball Hall of Fame in 1962—his first year of eligibility. Sporting News ranked him 36th on their 100 Greatest Baseball Players list and he was an MLB All-Century Team finalist in 1999.

In 2013, the US Navy and Major League Baseball teamed up to create the Bob Feller Act of Valor award, which is given to those who honor and support service men and women.