Veteran with TBI turns to VA for migraine relief 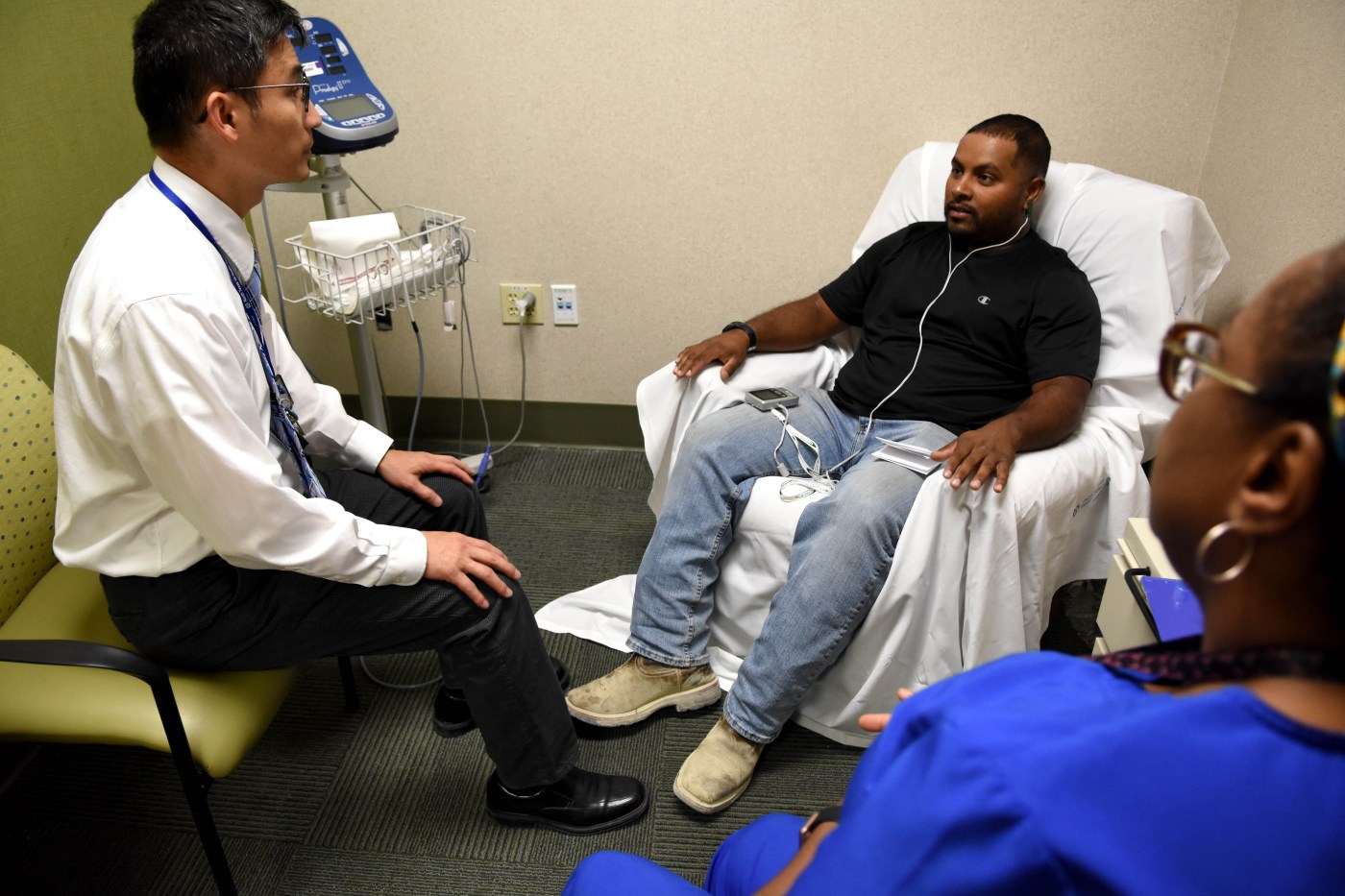 Since his third deployment to Iraq, Marine Corps Veteran Dameion Ganesh suffered from the blast of an improvised explosive device, or IED.

“I was a gunman and we got hit,” said Ganesh. “It put me out. I didn’t see it coming, it just happened.”

After that hit, Ganesh started getting headaches and didn’t think much of them. He took over-the-counter pain medication and went on with his deployment mission, but his headaches continued and started to intensify.

“It was ridiculous, my head shouldn’t be feeling like this,” said Ganesh. “I was stubborn and didn’t go to sick call.”

The IED that hit Ganesh led to a traumatic brain injury, or TBI, and the subsequent migraine headaches. After separating from the Marines, the migraines started to affect Ganesh’s day to day life, and he needed relief.

“I like to think of myself as an active person, but when I get a migraine it puts me out. It disrupts everything,” said Ganesh. “I started going to the VA and I talked to my doctor about my migraines. I realized things were a lot more serious than I thought.”

“Veterans coming back from Iraq and Afghanistan are screened for TBI when they are seen at the VA,” said Danh Le, Physician Assistant in the Polytrauma/TBI suite. “We are Level 2 Polytrauma site and once the Veteran comes to us, we start them with their individual treatment.”

“One of the goals of Polytrauma/TBI is reintegration back into society – Get Veterans back out there, working, going back to school and family life,” said Le.

“The quality of care I’ve received here has been amazing,” said Ganesh. “The VA has been a blessing for me and my family. People hear the negative stories about the VA, and they form a bias opinion and they miss out on a lot of services available to them.”