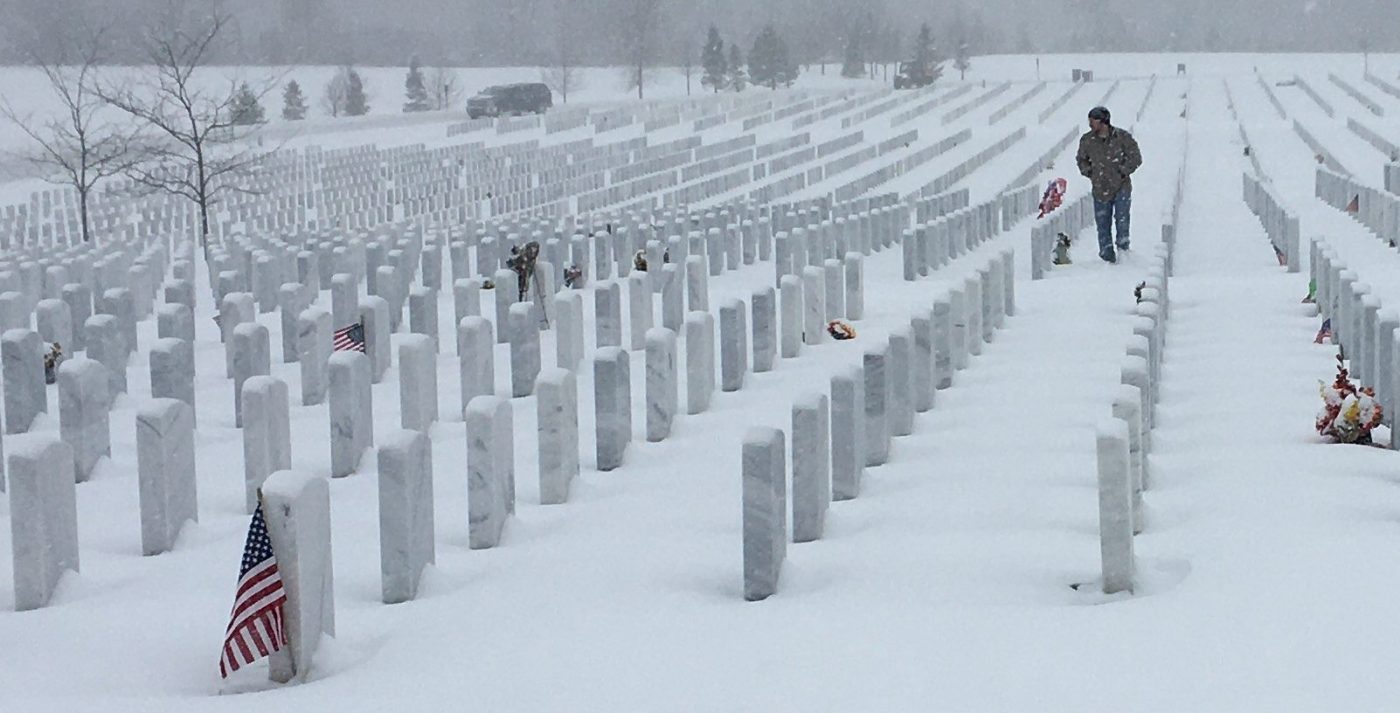 Three cemeteries in Florida ran events Nov. 8, one cemetery in Louisiana had an event Nov. 9, five hosted events Nov. 10, and the remainder were on Veterans Day.

Here’s a look at some of the events:

More than 150 people braved four inches of snow Nov. 11 for the Great Lakes National Cemetery event. About 80% were Veterans and spouses.

Army Maj. Gen. Cummings, program executive officer of ground combat vehicles, spoke during the event. Cummings spoke about a sergeant first class he served with who always kept the officer in line, showing the Army core values. The general said that enlisted man, who later died in a motorcycle accident, is a Veteran he remembers on this day.

U.S. Representatives Elissa Slotkin, Haley Stevens and Paul Mitchell each spoke at the event, thanking Veterans for their service and sacrifice. Dozens of other state and local officials attended the event.

“Their service is invaluable,” Baumgartner said. “They work so hard and do so many things for the Veterans to support the cemetery. It’s an honor to work with them. They are the most proactive advisory council I’ve ever had the chance to work with.”

Sleet. Snow. Freezing rain. As Bill Rhoades, director of the Fort Gibson National Cemetery said, the 50 people who showed up at the Nov. 11 ceremony were “true American patriots.”

American Legion Post 20 Commander and Army Veteran Tim Smith spoke at the event about the 1% of Americans who serve. Speaking about the weather, Smith said Korean War Veterans at the Battle of Chosin Reservoir fought through tougher conditions. Smith also jokingly said military service brings on trials and tribulations such as putting Tabasco sauce under eyes so service members won’t fall asleep on duty.

National Cemetery of the Alleghenies, Pennsylvania

More than 400 people attended the National Cemetery of the Alleghenies event Nov. 11.

VA Pittsburgh Healthcare System Director Donald Koenig spoke at the event about serving Veterans. Koenig highlighted the different transplants doctors perform at the Pittsburgh VA, including liver transplants and small bowel transplants, the only VA hospital that performs these operations. The director also talked about the hard work staff puts in for the 80,000 Veterans the center saw in the last fiscal year.