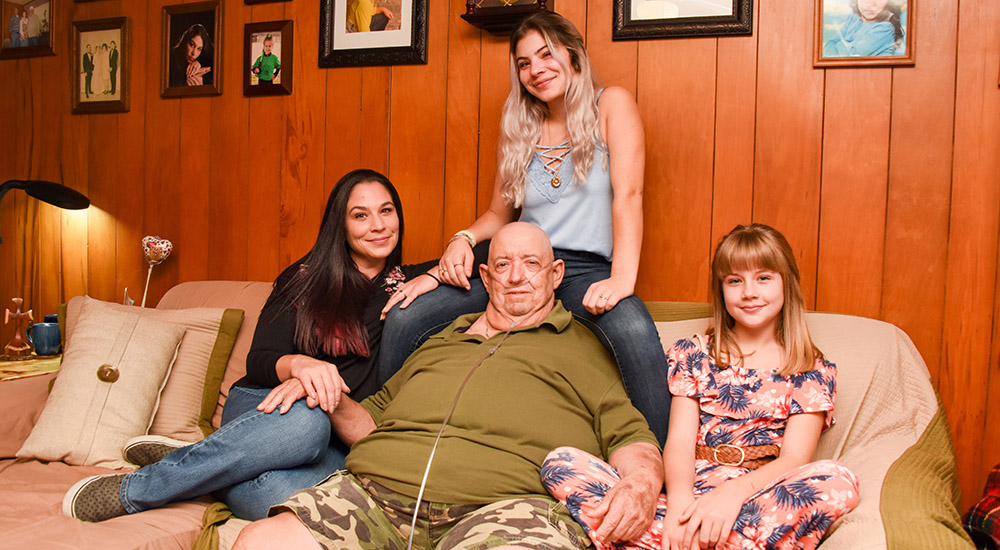 Every day, VA health care providers go above and beyond while serving our nation’s heroes. Sometimes it’s the little things that matter most, like a smile and a cup of coffee or walking with a Veteran who can’t find her way through the hospital. Other times, VA providers go out of their way to do things that can change the lives of an entire family.

In New Orleans, a VA palliative care team did just that, helping a Veteran and his family make a dream come true.

Roland Guidry is a Marine Corps Veteran who served from 1971 until 1975. He fought in Vietnam and deployed to several other countries as an infantryman. After leaving the Marine Corps, he met and married Carol, his wife of 29 years, and raised a family.

While enjoying a well-earned retirement, Guidry received a diagnosis that would be difficult for anyone to take: he had cancer.

Nurse asked what was most important to him

After his diagnosis, Roland steeled himself for the fight ahead. He shared the news with his family, including his daughter Liz, who lives in Nevada with his two granddaughters. They hoped to arrange a visit during this very trying time but couldn’t find a way to make it work. He mentioned his dilemma to VA nurse practitioner Robin Rome during a visit to his palliative care team. Rome felt compelled to do something to help.

“This means everything. My family is all I have.”

“When I asked what was most important to him, he was very quick to answer. He wanted to spend time with his daughter and grandchildren who lived too far away to afford the trip,” explained Rome. “I had heard about the Dream Foundation, so we helped his family complete an application to make their dream come true.”

The Guidrys soon got the news that their application had been approved and excitedly made plans to visit.

“I was so glad to find out I was going to see the girls,” Roland exclaimed. Carol continued, “It was such a wonderful thing Miss Robin and the Dream Foundation did for us.”

Liz was just as happy, adding, “I was pleased because I knew there was no way I could get my family here. It’s something we all needed.”

“We’re going to take a ride down the river to a friend’s camp site and just spend time together,” Roland said, adding, “This means everything. My family is all I have.”

Plans for the future

Even while they enjoyed their time together, the Guidrys were making plans for the future. They’re planning to see Liz and their granddaughters soon, as Roland continued his treatment at VA.

“VA has done an awesome job with my care,” said Roland.

“We’re going to keep fighting so he can make it to visit the girls in Nevada,” Carol added. “I’ve had him for 29 years, and I’m not done with him yet.”