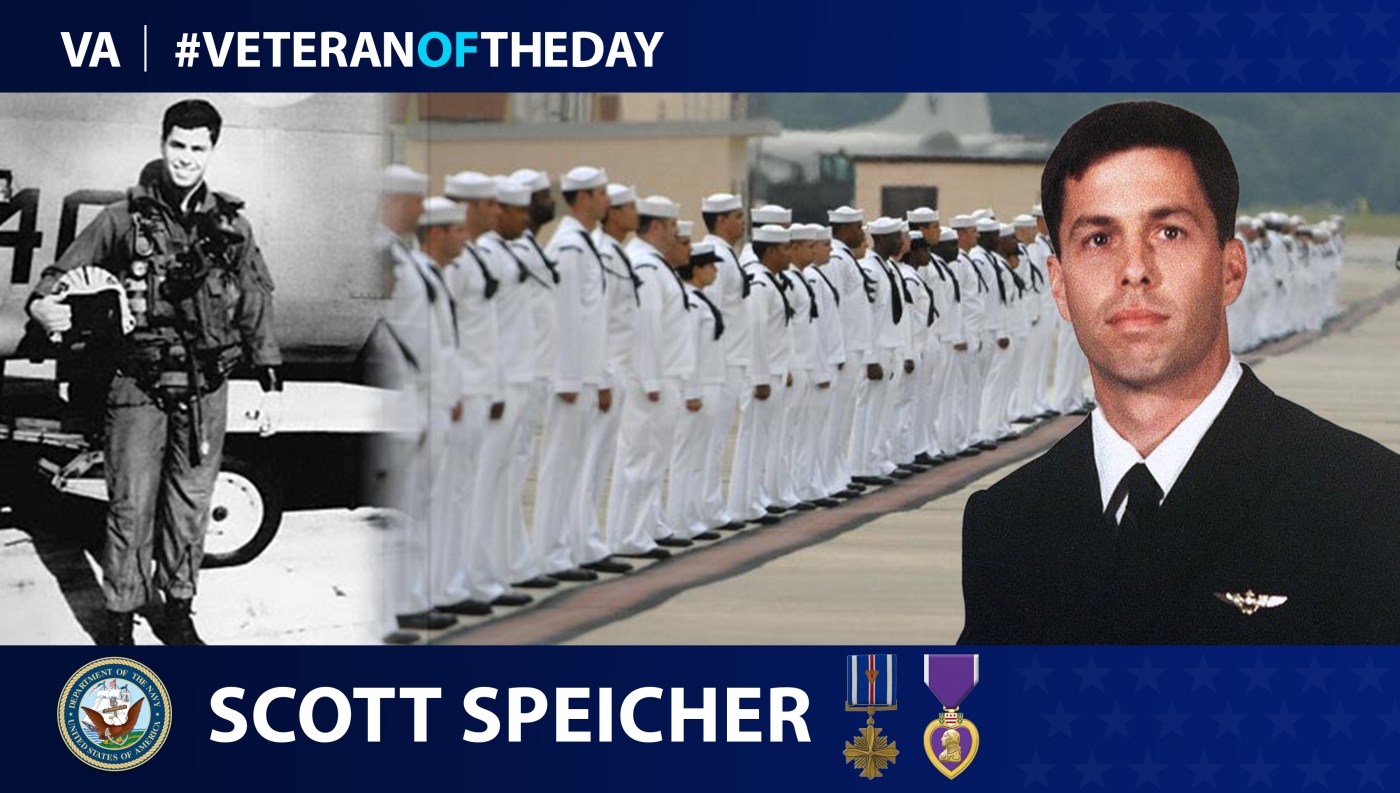 On the 30th anniversary of Desert Storm, today’s #VeteranOfTheDay is Navy Veteran Michael Scott Speicher, an F/A-18 pilot who was the first combat casualty.

Michael “Scott” Speicher spent his childhood in Kansas City, Missouri, and his teen years in Florida. His father served as a World War II fighter pilot, so Speicher followed in his father’s footsteps. He joined the Navy June 17, 1980, and entered Aviation Officer Candidate School soon after. Speicher commissioned Oct. 21, 1980, and started aviator training later that year.

Speicher spent several years flying both the A-7 Corsair II and the F/A-18 Hornet. He later served as a flight instructor on the F/A-18. He served assignments in both Florida and Virginia.

In 1991, Speicher served with Strike Fighter Squadron Eighty One, the Sunliners. Flying from the USS Saratoga, Speicher was one of the first wave of pilots who attacked Jan. 17, 1991, during Operation Desert Storm. An Iraqi fighter aircraft shot down Speicher’s F/A-18 over west-central Iraq.

He was initially declared killed in action, but the status was changed to missing in action in January 2001. In August 2009, 18 years after being shot down, Marines in Western Iraq found Speicher’s remains. Local Iraqis alerted the Marines to a crash of an American plane some years earlier and a grave site. Dental records allowed examiners at Dover Air Force Base to positively identify Speicher.

Speicher received a Distinguished Flying Cross with Valor, which cites his “outstanding leadership, tactical expertise and loyal devotion.” His wife, Joanne, and two children survived him.