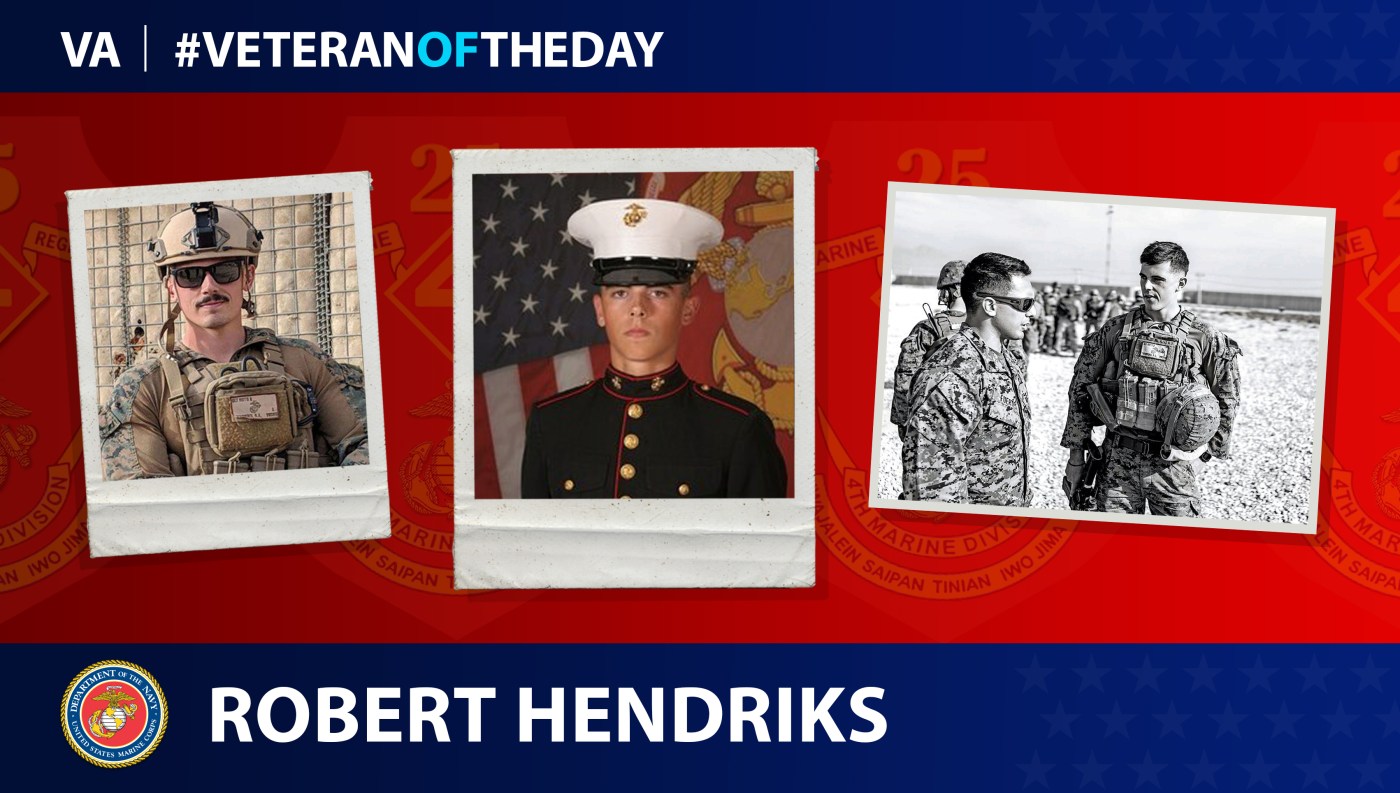 Today’s #VeteranOfTheDay is Marine Veteran Robert Hendriks, who served from 2012 to 2019 and deployed for Operation Enduring Freedom.

On April 8, 2019 Hendriks, Benjamin Hines and Christopher Slutman died when an explosive device went off near Bagram Airfield, a joint U.S. base located near Kabul, Afghanistan. He received a posthumous promotion from corporal to sergeant.

In honor of Hendriks and his service, Locust Valley School District created the United States Marine Sergeant Robert A. Hendriks Memorial Scholarship. The recipient is a senior who plans to enter the military and exemplifies the characteristics Hendriks displayed as a student and Marine.

Hendriks is survived by his parents and brother.