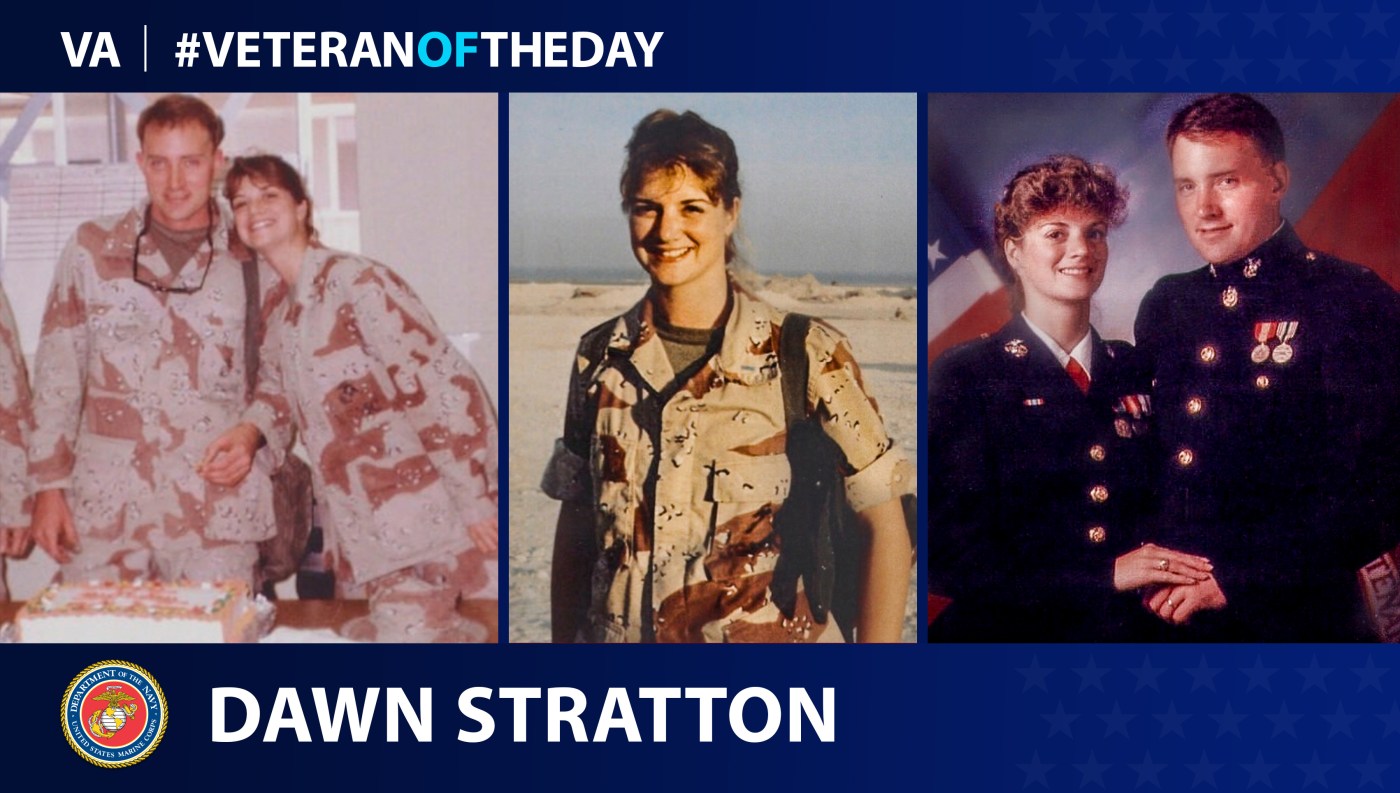 Dawn Stratton entered the Naval Academy in Annapolis, Maryland, after graduating from high school in 1983. She joined the Marine Corps based on her father’s service and served at Quantico and Little Creek, Virginia. Stratton also served for a time at Camp Pendleton, California.

Following the Iraqi invasion of Kuwait in August 1990, Stratton joined Brigade Service Support Group 7 as part of the 7th Marine Expeditionary Brigade (MEB). The 7th MEB flew to Jubail, Saudi Arabia, in mid-August. As part of a Brigade Service Support Group, Stratton offloaded maritime prepositioning ships that contained Marine equipment. Stratton also worked as the staff secretary for the Special Forces Support Group’s commanding general and the chief of staff. Stratton later recalled the difficulties of working with personnel and how the base had to deal with nightly air raids. While the raids usually did little damage, on one occasion an Scud missile hit the base but did not detonate.

One of Stratton’s most memorable experiences during her deployment was a reunion with her husband and fellow Marine, Patrick, who served with the First Marine Division. A gunnery sergeant took her to the camp where her husband hid on a Humvee. Stratton had to be hidden because there were certain areas of the camp forbidden to women at the time. She later said that her time with him was short because they were almost discovered by a captain when he unexpectedly returned.

Stratton remained in Saudi Arabia until August 1991. After returning to the U.S., she returned to Camp Pendleton and became a Reservist. Her final station was at Fort Sam Houston in Texas with the 4th Reconnaissance Battalion. She honorably discharged as a captain in 1992. During her service, Stratton received a Navy Achievement Medal.

After leaving the military, Stratton joined the Veterans of Foreign Wars post in Austin, Texas. She continues to keep in touch with a few Marine Corps comrades, including her unit’s master sergeant.