How a partnership-funded, lung cancer screening saved one Veteran’s life 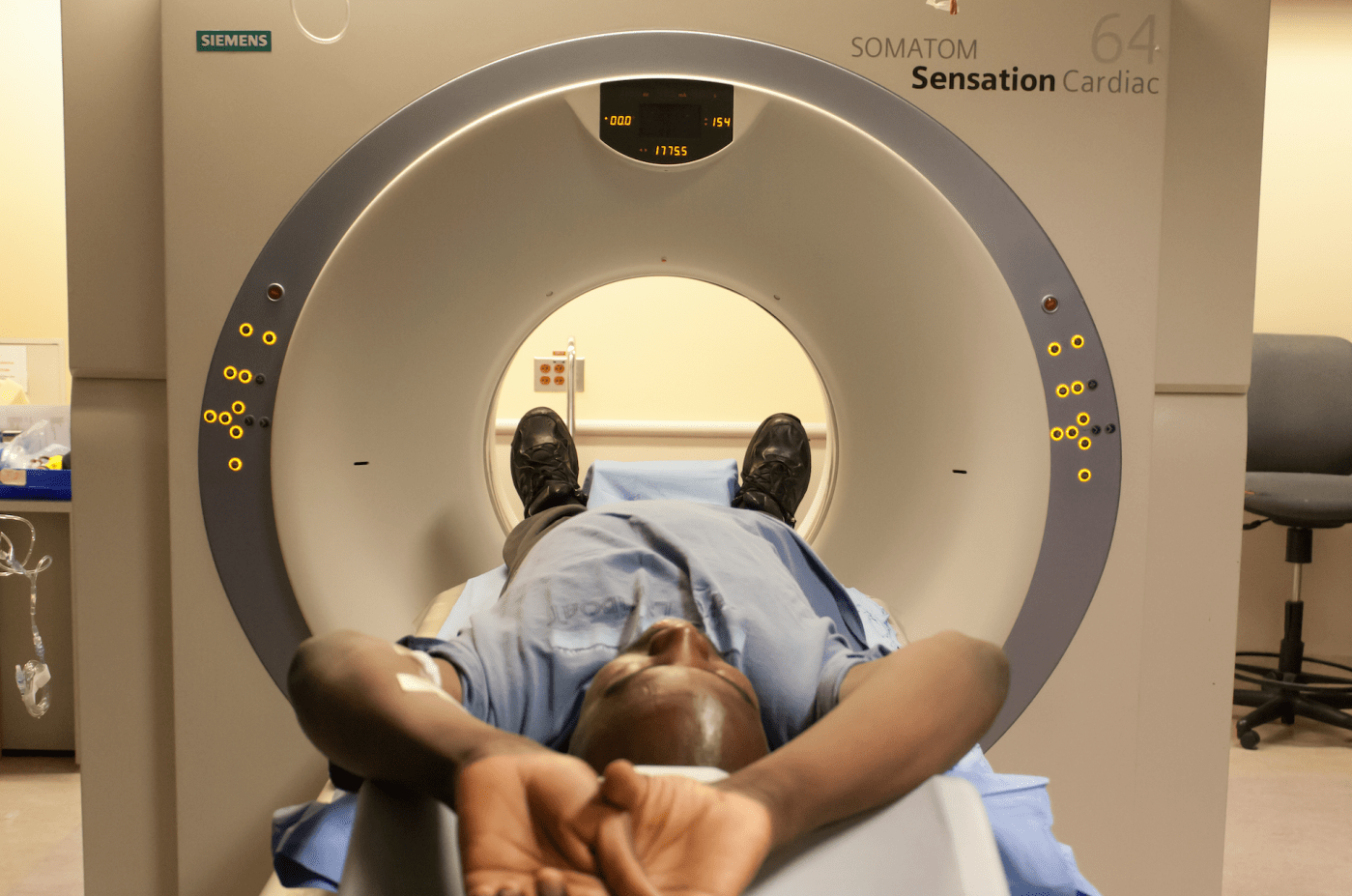 Mitchell Caviness enlisted in the Army at 17 and immediately took up smoking “to fit in.” Nearly five decades later, the former mortarmen from the 101st Airborne wishes he hadn’t. Today, he credits a routine VA lung cancer screening for saving his life.

Lung Cancer affects more than 7,000 Veterans each year and causes more deaths than any other cancer among Veterans. Unfortunately, most lung cancer cases diagnosed at VA are at advanced stages when curative treatment options are limited. But when lung cancer is caught early through screening, it is very treatable with either surgery or stereotactic radiation therapy.

Lung cancer screening has been shown to diagnose lung cancer at early stages and save thousands of lives. That’s why, in 2017, VA – with support from the Secretary’s Center for Strategic Partnerships, and in collaboration with over $7 million in funding from the Bristol Myers Squibb Foundation – developed VA-PALS. The project brings together doctors, scientists and nurses to save thousands of Veterans’ lives through early detection and treatment.

Caviness receives his care from the Carl T. Hayden Veterans Affairs Medical Center in Phoenix, Arizona. The Phoenix VA was an early adopter of lung cancer screening and the first center to join the VA Partnership to Increase Access to Lung Screening (VA-PALS) program.

It was the PALS screening that first caught Caviness’s doctor’s attention in 2017, when the doctor found a small spot on his lung. Because it was an early finding, the doctor scheduled a repeat scan for six months later. That scan revealed his spot had slowly grown. A biopsy soon confirmed the diagnosis.

“What saved me is the fact that mine was caught early,” Caviness said. “Get screened. It’s imperative to catch this before it gets to stage 2 or 3.”

The VA-PALS project has grown to 15 VA facilities nationwide, and has worked hard to reach rural Veterans, too. So far, more than 12,000 Veterans have been screened for lung cancer, said Atlanta VA clinician and PALS lead, Drew Moghanaki MD, MPH.

“The project is bringing lifesaving screening to Veterans every single day,” Dr. Moghanaki said. “Our goal is to ensure that every Veteran who is eligible for lung screening has the opportunity for this life saving test, regardless of where they live.”

Because the early detection from PALS saved his life, Caviness has been able to continue his passion for sculpting.

Caviness is a prime example of how VA’s collaboration between the Bristol-Myers Squibb Foundation and the Secretary’s Center for Strategic Partnerships is improving lives.

“Our goal is to give Veterans access to the best cancer care available,” said Catharine Grimes, director, Bristol Myers Squibb Foundation. “They deserve to have the best chance to live long, healthy and fulfilling lives, and early detection and treatments lead to the best outcomes for cancer patients… The Bristol Myers Squibb Foundation is proud to support VA in this important program.”

VA-PALS continues to screen Veterans at high risk across the country and hopes the project will continue for many years to come. Caviness considers himself fortunate and hopes his words have a lasting impact: “If what I’m saying can help save one Veteran’s life, it’s like the 101st Airborne: we leave no man behind,” he said.

Ashleigh Barry is a senior advisor for the Secretary’s Center for Strategic Partnerships.