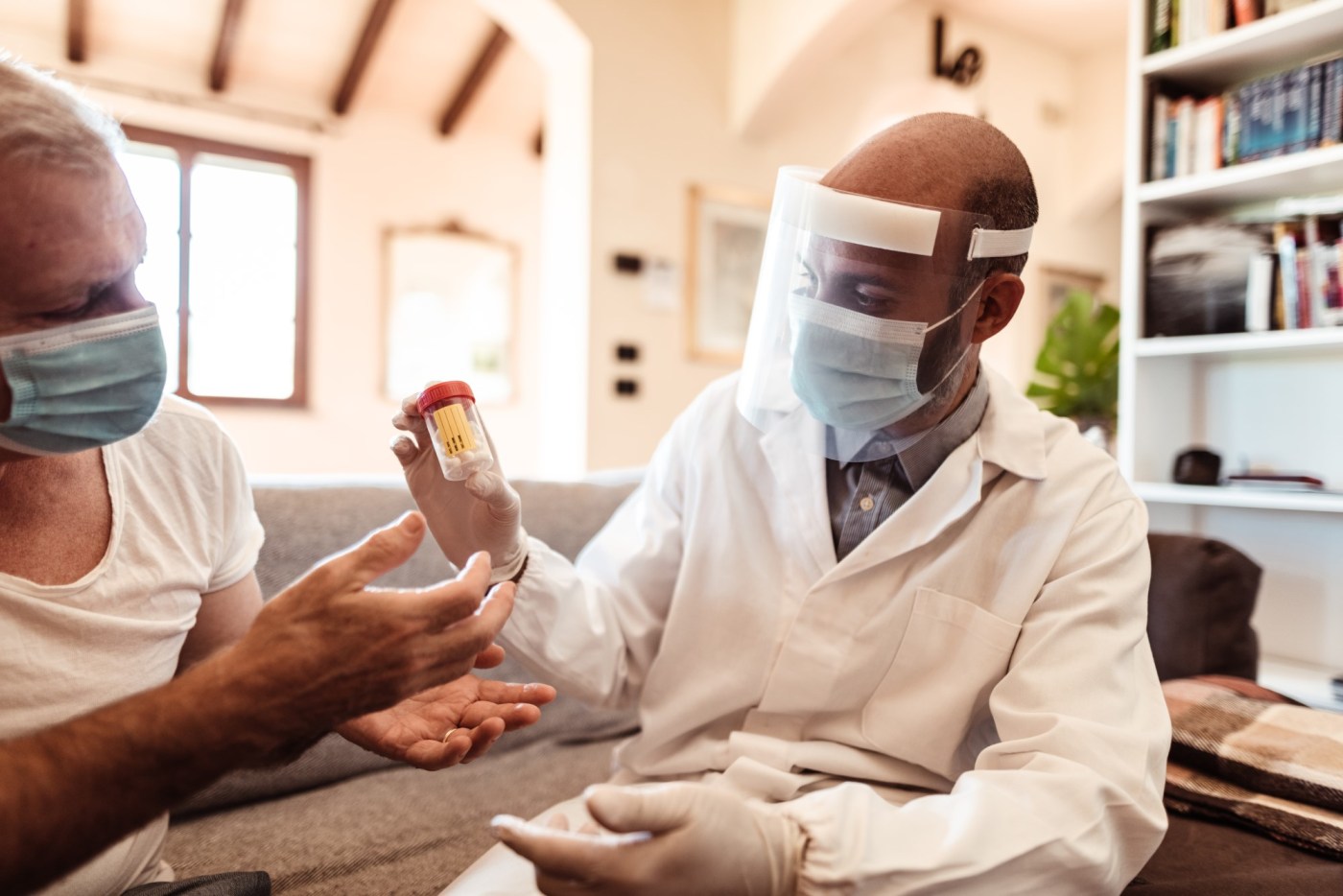 It was once under the radar of much of the medical community. Now, research by Dr. Vincent Marconi and Dr. Raymond Schinazi has expanded into a potentially impactful finding in the search for treatments to the COVID-19 virus.

For nearly a decade, Marconi, an infectious disease expert at the Atlanta VA Health Care System, and Schinazi, an antiviral drug specialist at Emory University in Atlanta, have jointly studied medications to treat HIV, a virus that attacks the body’s immune system. They have focused on a class of anti-inflammatory drugs used to treat rheumatoid arthritis known as JAK inhibitors. Inflammation plays a major role in the pathology of viral infectious diseases.

Several years ago, Marconi co-chaired a study showing the ability of one of those drugs – ruxolitinib – to reduce inflammation in people with HIV. He and his colleagues then pivoted to another drug in that class – baricitinib – a few months before the COVID-19 pandemic surfaced in early 2020.

“The [ruxolitinib] study provided the first evidence in humans that this class of drugs could reduce inflammation for patients with an infectious disease,” Marconi says. “Therefore, it seemed logical that the same rationale could be applied to COVID-19, which accelerates the inflammatory process seen in chronic viral diseases, such as HIV.”

Meanwhile, Schinazi read in the British journal The Lancet that baricitinib may reduce the ability of the novel coronavirus to infect lung cells. Using artificial intelligence, British researchers had searched for approved drugs, including JAK inhibitors, that can possibly block the viral infection process. They found that baricitinib had the best profile.

The pieces were coming together. Knowing that baricitinib has advantages over ruxolitinib, including that it’s much less expensive, requires only single daily dosing, and produces fewer negative drug interactions, Marconi and Schinazi focused on the former for its COVID-19 potential. Baricitinib (trade name Olumiant) has since been the centerpiece of a study that generated positive results and prompted the U.S. Food and Drug Administration (FDA) to issue an emergency use authorization that gives hospitalized COVID-19 patients rapid access to that drug.

That development, Marconi says, may begin to fuel a “paradigm shift” in the world of medicine.

“To use an anti-inflammatory, an immune modulator, to treat infectious diseases is profound,” says Marconi, who is also a professor at Emory. “It’s a really big deal. In the past, people have been concerned and rightfully so that immune modulators can lead to infections when they’re used long term and in certain populations. Here, we’re actually using them to treat people with infections.

“Baricitinib blocks multiple pathways leading to the inflammatory response in COVID-19,” he adds. “It is not a blunt instrument like a steroid. But it delicately interrupts specific mechanisms of inflammation. Therefore, the drug is well tolerated and effective in treating the disease. Patients who have mild disease could also benefit, but we would need a very large trial to detect this difference. That’s because most of the patients with mild disease who get standard of care would never progress to moderate or severe disease.”

A `controlled introduction of baricitinib’

Schinazi, who previously worked at the Atlanta VA for more than three decades, and Marconi initially tested baricitinib in a single-arm study in spring 2020. They combined the drug mostly with hydrodroxychloriquine and other medications that patients were receiving at the Atlanta VA. Hydrodroxychloriquine, which suppresses a person’s immune response, has long been used to treat malaria and rheumatoid arthritis, among other conditions.

“Meanwhile, we were witnessing the devastating effects of this disease locally and internationally,” Marconi says. “None of the treatments provided any perceptible benefit. Therefore, given the safety of this drug and the supportive evidence, we decided to cautiously proceed with a controlled introduction of baricitinib off-label to patients who consented to receive it.”

Click here to read the rest of this article.

Click here to learn more about VA COVID-19 trials and other research endeavors.