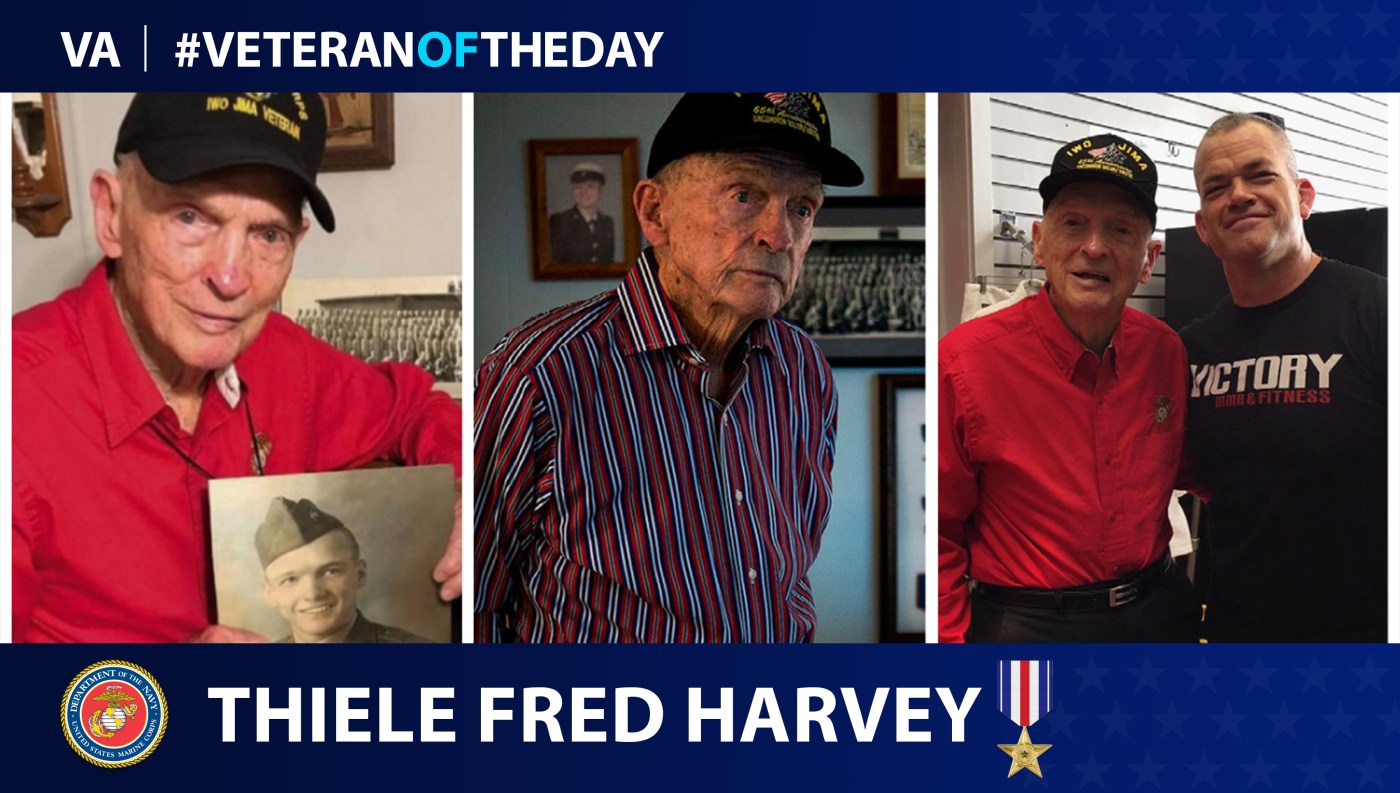 Fred Harvey was born in Memphis, Texas, in 1923. After living in Memphis for three days, his family moved to San Antonio, Texas. Harvey had a difficult time in school, so he left and decided to join the Marine Corps in 1942. He attended boot camp in San Diego, where he applied and joined the Paramarines.

After finishing his training with the Paramarines, Harvey deployed overseas to Vella Lavella and Bougainville in the Solomon Islands with the 1st Parachute Battalion. While there, he fought in combat for the first time. Harvey later landed on Iwo Jima with the 26th Marines.

During the Battle of Iwo Jima, Harvey was part of a three-man patrol assigned to contact an adjoining company. While attempting to establish contact, the Japanese ambushed his patrol with heavy machine gun fire. The gun fire seriously wounded one member of his patrol. Harvey dragged the injured Marine to a nearby hole to provide them shelter from the gunfire, and from there, he held off the hostile forces with hand grenades and his rifle until a rescue squad arrived. To effectively evacuate the fallen Marine, Harvey exposed himself to enemy fire while directing heavy fire on the Japanese position. In an interview with the American Veterans Center, he recalled what helped him to survive his time on Iwo Jima: “Anytime I went into action, I was really scared, and that fear is what saved me.”

Harvey earned a Silver Star for his selflessness and devotion in saving the life of his fellow Marine. He left the Marines after the Battle of Iwo Jima and returned to Texas.

In the years since his military career, Harvey has worked with the Nimitz Rotary Club and the National Museum of the Pacific War in Fredericksburg, Texas, where he is speaks to high school students and service clubs about his experiences in the military. He also completed the Marine Corps marathon virtually in a custom wheelchair with the help of fellow Marines in 2020.