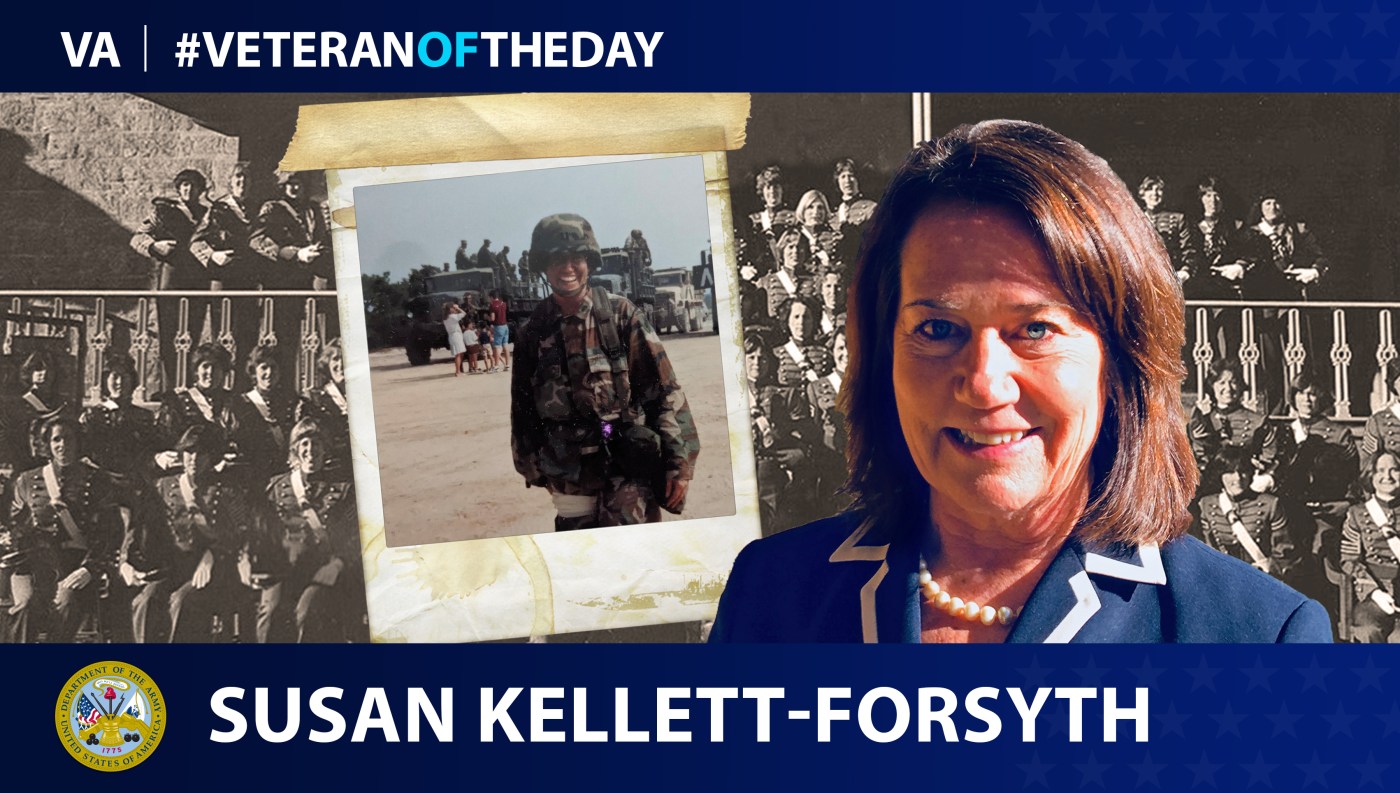 On International Women’s Day, today’s #VeteranOfTheDay is Army Veteran Susan Kellett-Forsyth, who was in the first class of women at the U.S. Military Academy.

Susan Kellett-Forsyth grew up in O’ahu, Hawaii. She is part Hawaiian and attended a Kamehameha school for Hawaiian children. All the boys in her school participated in the Junior Reserve Officer Training Corps program, and this experience was Kellett-Forsyth’s first exposure to the military.

Following her high school graduation, Kellett-Forsyth attended the University of Hawaii. In 1976, during her freshman year, Kellett-Forsyth received and appointment to the U.S. Military Academy at West Point and join the first class to include women. She recounted an event during which a guest lecturer had made derogatory comments about women, leading the men in the audience to stand up and cheer. Kellett-Forsyth did not let those comments discourage her. She said she had “the same right to defend the Constitution” as her male peers did.

After graduating from West Point in 1980, Kellett-Forsyth’s first assignment was to Germany. She served as a signal corps officer in the 1st Battalion, 81st Field Artillery Regiment. Signal corps officers managed the Army’s communications. She later transferred to Heilbronn, Germany, with the 26th Signal Battalion. While in Germany, she became a commander.

Upon returning to the U.S., Kellett-Forsyth taught Reserve Officer Training Corps at Campbell University and Methodist College from 1986 to 1990. In 1992, she attended the Command and General Staff College and then in 1993, the School of Advanced Military Studies. Kellett-Forsyth served as a planner at Fort Riley, Kansas, for one year before returning to Germany in 1995. In 1996, she deployed to Bosnia and Herzegovina. She then decided to take early retirement so that she could spend more time with her children. Kellett-Forsyth retired in 1996 at the rank of lieutenant colonel.

She later completed her doctorate in organizational leadership in Germany through an exchange program through the University of Oklahoma. From 2013 to 2017, Kellett-Forsyth worked for the U.S. Africa Command in Germany. In 2017, she moved to Greenwood, Virginia, and in 2019, began working for the University of Virginia’s Army ROTC program as a recruiting operations officer.