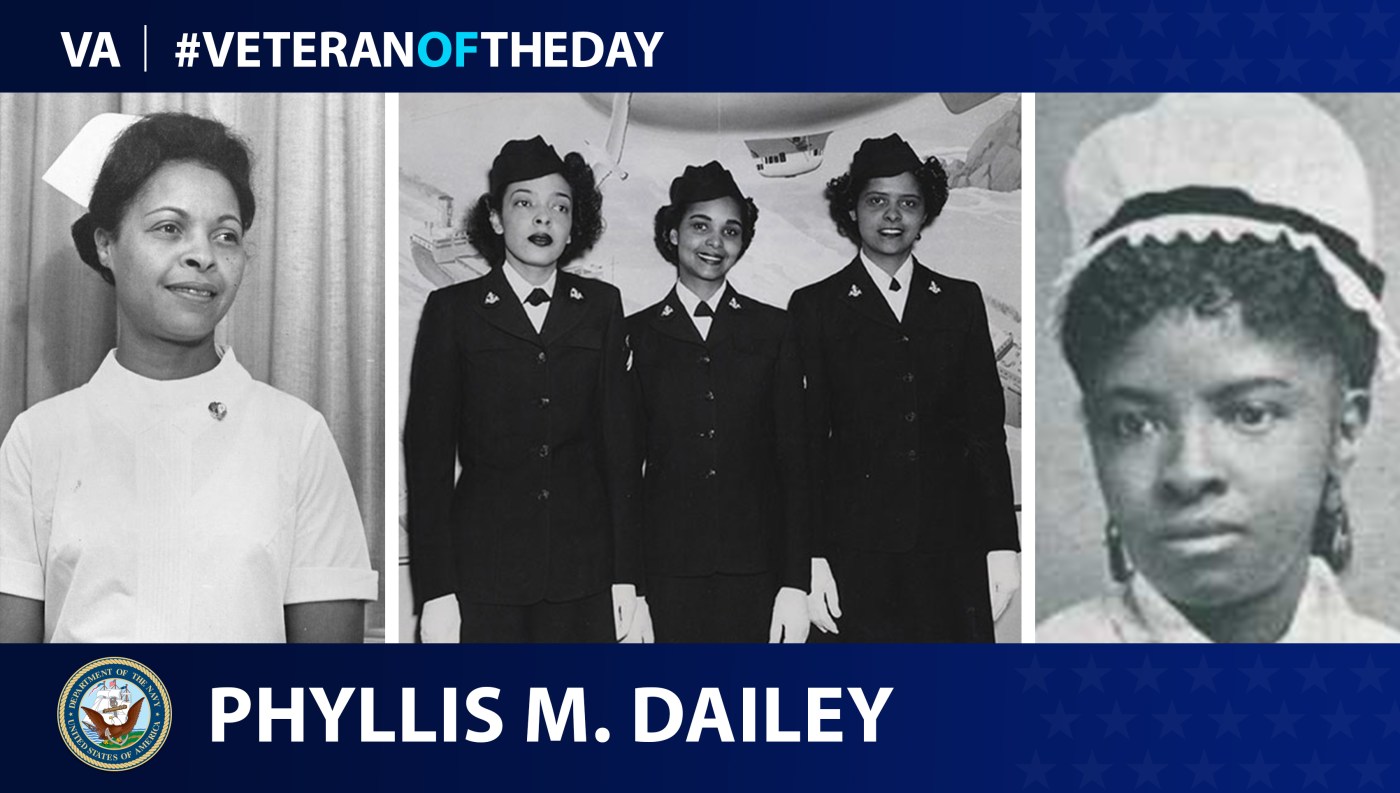 On March 8, 1945, Phyllis Dailey became the first African American to swear in as a Navy nurse.

Before swearing in, Dailey graduated from the Lincoln School of Nursing in New York and was a public health student at the Teacher’s College at Columbia University. When she wanted to serve her country, the Army denied her because of her skin color. Dailey joined the Navy Nurse Corps, which previously excluded black women.

During this time, First Lady Eleanor Roosevelt and Mable Keaton Staupers – the executive secretary of the National Association of Colored Graduate Nurses – spoke against the implicit ban of African American nurses. They publicly wrote that military service was the responsibility of all U.S. citizens regardless of the color of one’s skin. They advocated that everyone should join the war effort and contribute to the security of the nation.

Dailey’s determination to break down racial barriers in the military laid the foundation for numerous historical moments for racial equality.

“[I] knew the barriers were going to be broken down eventually and felt the more applicants, the better the chances would be for each person,” she said.

Dailey’s determination to serve her country during World War II created a path for others to follow. Notably, Edith Mazie Devoe, Helen Fredericka Turner and Eula Lucille Stimley followed in Dailey’s footsteps. In August 1945, these women were the only four active-duty African American nurses in the Navy Nurse Corps.