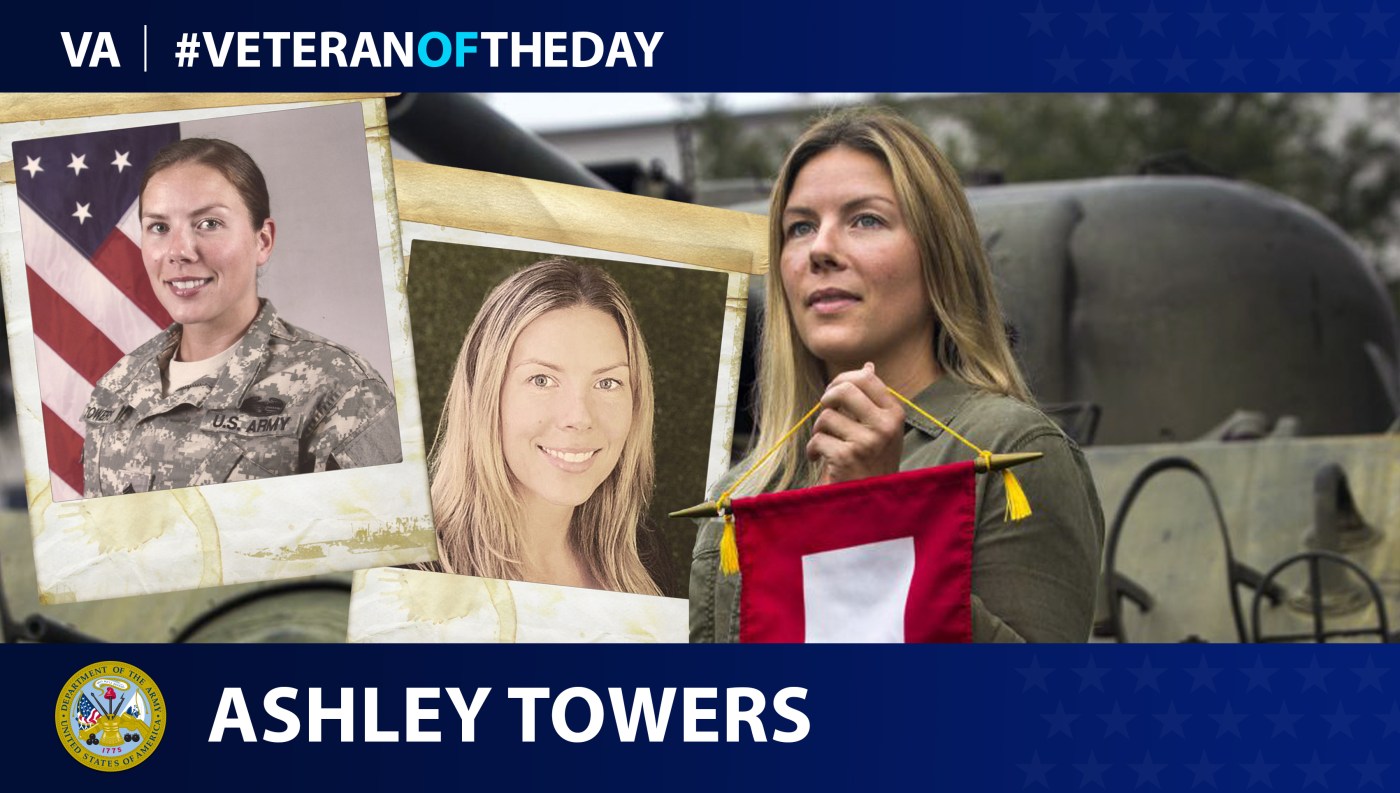 Ashley Towers grew up in a small town in upstate New York. In 2008, she accompanied her brother on his visit to a National Guard recruiter and ended up enlisting along with him. Towers was 22 at the time and already had an associate’s degree in criminal justice, but she wanted to do more service with her life and see more of the world. Those considerations, in addition to the education benefits, made the Army appealing to Towers.

Towers wanted to be close to combat, but at that time women couldn’t serve as infantry or Rangers, so she chose to serve in the New York Army National Guard’s military police. Towers’ basic training and advanced individual training were both at Fort Leonard Wood, Missouri. Training and graduation reaffirmed Towers’ decision to join.

After graduation, Towers’ unit deployed to Ramadi, Iraq, as part of the transition team for the changeover from Operation Iraqi Freedom to Operation New Dawn. While on an operation in a hostile area, her convoy was hit with a hand-thrown explosive device. The device hit the armored vehicle Towers was driving. Despite the shock, everyone made it out of the area and back to base.

After being in Iraq for a year, Towers came home in 2011. While living in New York she was part of the response team after Hurricane Sandy. For this domestic mission, she assisted the New Jersey Fire Department with debris clearing and rescue missions. In 2014, Towers volunteered to extend her active time with the National Guard to go to Guantanamo Bay. While there, she worked on the oversight of the camps and was part of the joint detention group task force.

Towers served for eight years and left the military as a sergeant. After her service, she earned a bachelor’s degree in intelligence and security studies from The Citadel in South Carolina and is currently serving as the president at The Citadel Student Veterans Association.

Information from The Citadel’s Spring 2019 Veterans’ Interviews was used for this story.