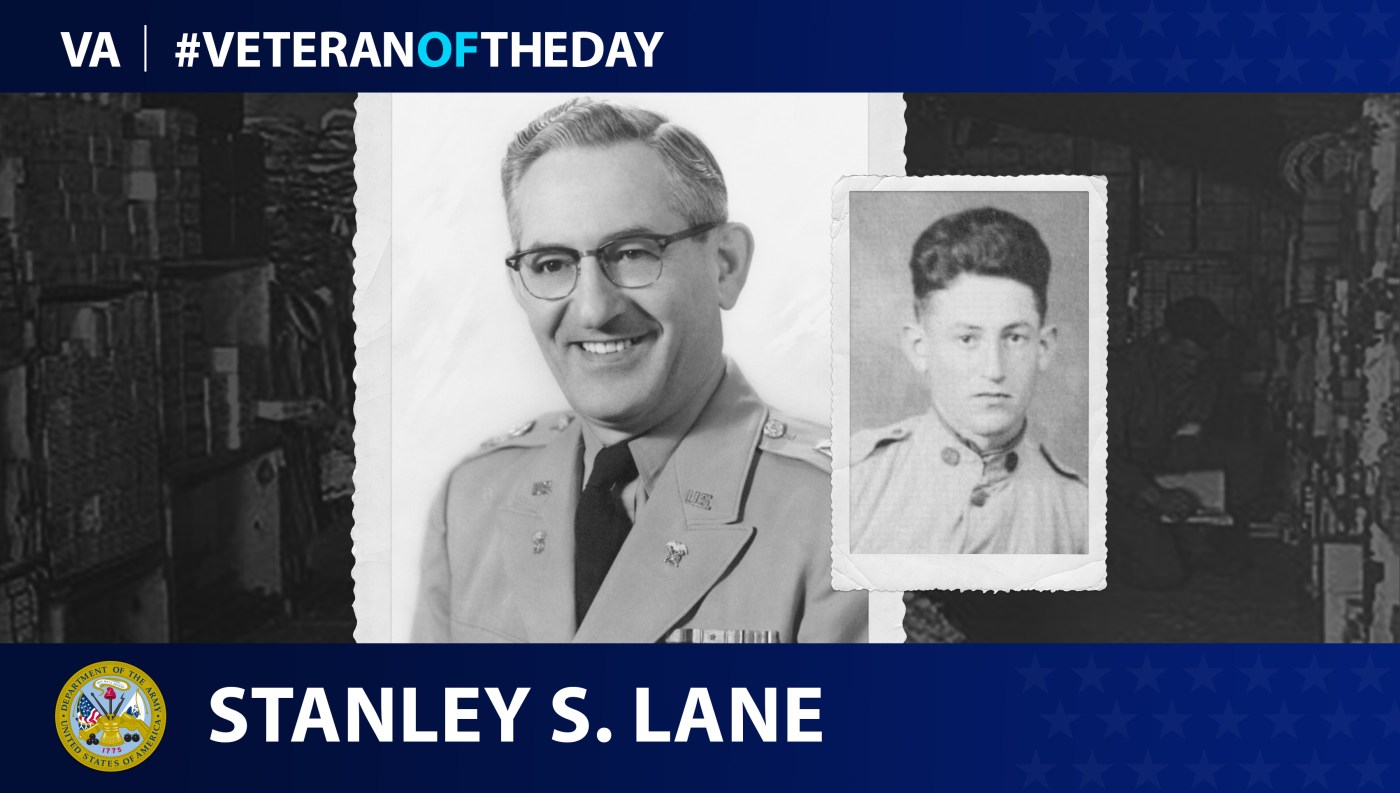 Today’s #VeteranOfTheDay is Army Veteran Stanley Lane, who served in various jobs during World War I, World War II and the Korean War.

Stanley Lane  was born in a Jewish ghetto in Warsaw, Poland. He and his family immigrated to the United States in 1908 when Lane was 6 years old on the RMS Mauretania.

When the U.S. entered World War I, he enlisted in the Army when he was 16. Lane joined the cavalry and wanted to be a scout. He joined the 22nd Cavalry, who later incorporated field artillery.

When the rest of the men went overseas, Lane stayed behind. At the time, he was still not an American citizen and could not go to Europe. Instead, Lane became an acting supply sergeant. Several months later, World War I ended, Lane discharged. He wanted to reenlist, but his lack of citizenship prevented him from doing so. As a result, Lane went to an immigration office and became a U.S. citizen in 1919 and then reenlisted in the cavalry.

Lane went to join the 15th Cavalry in Hawaii, but on his way there he transferred to the medical corps. He was with them for a year in San Francisco, California and then moved to Fitzsimmons General Hospital in Denver, Colorado. While in Colorado, Lane implemented the Dewey Decimal filing system and earned a promotion to private first class. In 1923, he went to Fort Myer in Virginia. Lane became a commercial radio operator but then transferred to the Coast Artillery in Fort Monroe, Virginia for a year. In 1927, Lane once again left the service.

Lane joined again in 1933. He went to Pearl Harbor, Hawaii, in 1938 and acted as a communications officer for the harbor defenses there until August 1940. He later went to Camp Edwards, Massachusetts, he became a salvage officer once the U.S. entered World War II. Lane was one of the first to go overseas from the U.S. in 1942. He went to be a salvage officer at Cheltenham, England, the headquarters of the Government Communication.

Lane was in Cheltenham for six months, until he went to join the invasion of North Africa in November. While there, he was a quartermaster, taking care of supplies. After serving in North Africa, Lane went to Omaha, Nebraska, and remained in the salvage section. He later went to New York to work with the general’s staff in the 1st Army Headquarters on Governor’s Island for a year. Lane became a quartermaster on the general staff and advised the commanding general on legal matters. He was also in charge of auctioning precious metals.

In 1950, Lane became a lieutenant colonel and went to Fort Lee, Virginia to the Army Quartermaster School. He was the head of the maintenance department at Fort Lee during the Korean War. Lane retired from the Army in 1955.

After he retired, Lane worked as a patent engineer for a company in Cleveland, Ohio. He also founded the Cleveland Retired Officer’s Club. Lane passed away in 2005 at the age of 103. At the time, he was one of the last 30 living U.S. service members from World War I.

To find out more about Lane’s service, visit here.