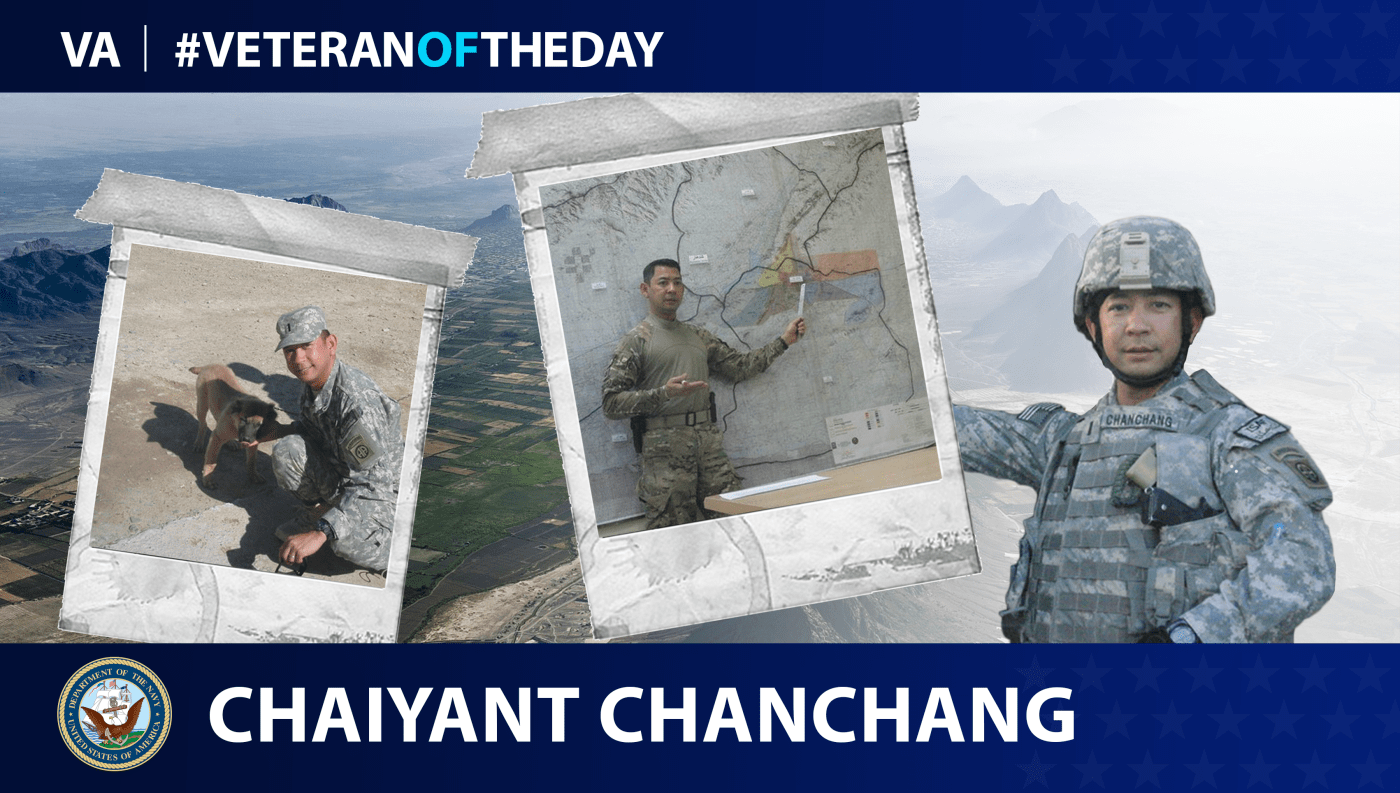 The son of Thai immigrants, Chaiyant Chanchang was born and raised in Los Angeles, California, and enlisted in the Navy in 1997. After going to basic training at Naval Station Great Lakes, Chanchang received his ground crew certification in Pensacola, Florida, to work on F-14s. Working in naval aviation was a childhood dream of Chanchang’s. His dream came true serving with the VFA-14 Tophatters, the Navy’s oldest active squadron.

Chanchang’s first deployed in 1999, where he served aboard USS Roosevelt as part of Operation Allied Force. Over the course of several months, Chanchang and the Tophatters joined allied forces in bringing an end to the civil war that was raging in the Balkans. In a Library of Congress interview, Chanchang recalled the busy schedule once operations began in Kosovo.

“It was a short conflict… but once it got going it was night and day.”

Chanchang deployed with the Tophatters a second time when the squadron enforced a no-fly zone in southern Iraq as part of Operation Southern Watch. During the deployment, Chanchang served aboard USS Enterprise, a ship he remembered fondly.

“The crew was great, they even play the Star Trek theme sometimes!”

After returning from the Persian Gulf, Chanchang left the military as a petty officer third class.

Chanchang rejoined the Navy as a Reserve intelligence officer in 2011. He deployed to Afghanistan only a month after he completed his training. For 13 months, Chanchang organized training for the Afghan National Army and Federal police forces in Kandahar province. The work was dangerous: Chanchang temporarily lost his hearing from an IED blast and narrowly survived a flash flood that hit his convoy. While recovering from an IED blast, Chanchang turned down medical leave in Germany in order to continue his work uninterrupted.

During his deployment, Chanchang trained a class of 25 Afghan National Army officers and established the first emergency call center in all of Kandahar. Chanchang also developed close personal relations with his Afghan counterparts.

“We became like a family,” he said. “My heroes were our Afghan translators.”

After completing his deployment to Kandahar, Chanchang returned to the United States in 2012 where he briefly commanded a patrol boat. He left the Navy in 2014 at the rank of lieutenant.