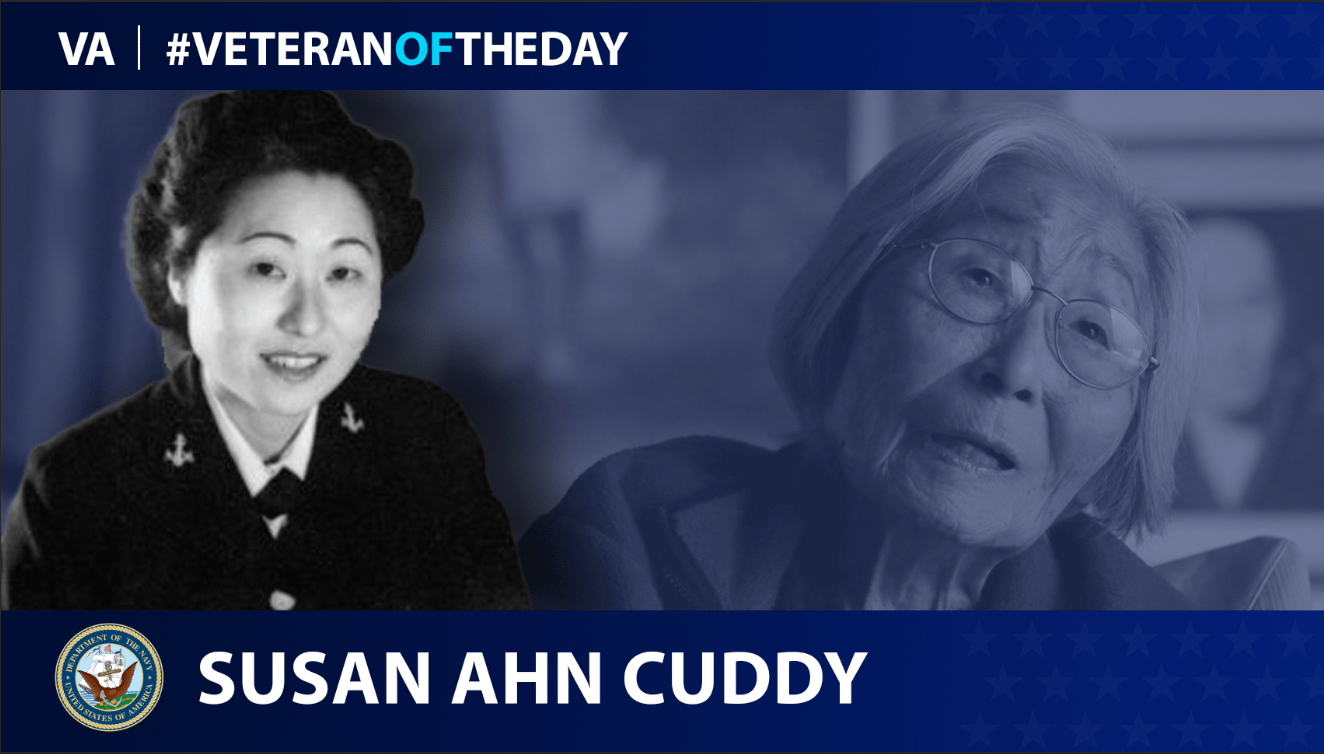 Born to Korean immigrants in January 1915, Susan Cuddy’s father told her from a very young age to be the best American citizen she could be, whilst never forgetting her heritage. Her father, Ahn Changho, actively criticized the Japanese colonization of Korea in the early 20th century. Detained by Japanese police in Seoul, he later died in a hospital in 1938. As a result, Cuddy pledged to represent Korea while helping the U.S. defeat Japan. The military initially declined her due to rampant anti-Asian sentiments. She eventually joined the Navy WAVES in 1942, becoming the first Asian American woman in WAVES history.

Cuddy trained at the U.S. Naval Reserve Midshipmen’s School in Northampton, Massachusetts. She then went to Georgia, where she became an instructor with the U.S. Navy Reserve. There, she served as a link trainer, teaching air combat tactics to future officers and working with those struggling to handle firearms.

Later, Cuddy transferred to Pensacola, Florida, and became the Navy’s first female gunnery officer. In this role, she trained pilots and door gunners how to shoot down enemy aircraft. Cuddy received significant pushback from her male subordinates, most of whom did not respect her due to her gender and Asian ancestry. Still, Cuddy remained in this capacity until the end of World War II, eventually attaining the rank of lieutenant.

Following World War II, Cuddy worked in the Office of Naval Intelligence as a code breaker. However, in 1946, she left the Navy and joined the National Security Agency (NSA). At NSA, she met and married her husband, Francis “Frank” Cuddy. Cuddy’s mother disapproved of her marriage to a white man, but the two married in 1947 at a Navy chapel in Washington, D.C.

At NSA, Cuddy was section chief of the Soviet unit, a position in which she led 300 linguists and other specialists in collecting Soviet intelligence. She commanded this division throughout the Cold War and continued to work on many top-secret government projects until her retirement from public service in 1959.

Cuddy returned to her home state of California, where she was a prominent leader and activist in her community. She defeated breast cancer twice before passing away in June 2015 at age 100.