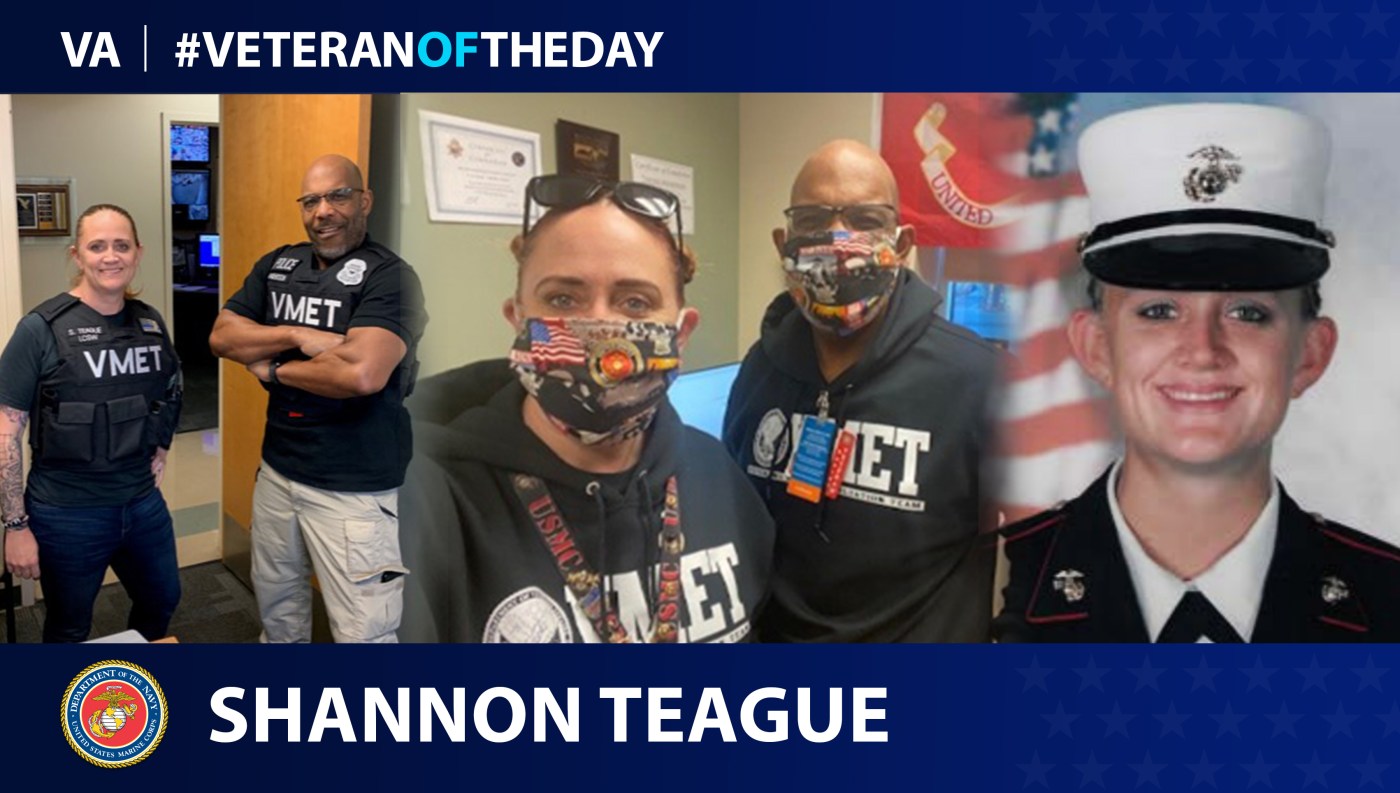 During Social Work Month, today’s #VeteranOfTheDay is Marine Corps Veteran Shannon Teague, who served from 200-2004 and is now a VA social worker.

Shannon Teague was born into a family of Veterans. Her father and grandfather both served in the Marine Corps before her. While in high school, she planned to attend college on a full scholarship after graduation. However, this changed when a friend suggested that she take the Armed Services Vocational Aptitude Battery exam.

After earning a high score on the test, Teague received recruitment calls from numerous branches of the military. She decided on the Marine Corps. Teague signed her contract with the Marines at the age of 17 with the consent from both of her parents. Once she graduated from high school, she went to boot camp at Parris Island, South Carolina, in 2000.

Teague completed her combat training after graduating boot camp. While in North Carolina, she also received maintenance management training. Teague transferred to Camp Pendleton, California, as an attachment to the 1st Transportation Support Battalion, Maintenance Company. In this role, she worked in the logistics field on maintenance management and embarkation.

During a training accident, Teague climbing a cliff when some of the rocks and dirt came loose, causing her to fall 15 feet to the ground below. Teague was initially unaware of the extent of her injuries. She continued to train for three days until she discovered the true severity and impact that the fall had caused to her body. She suffered severe nerve and neck damage, which led to months of physical therapy.

Teague finished her four-year contract and decided not to reenlist. She eventually received full disability benefits because of the injuries she sustained in her fall. In 2004, Teague left the Marine Corps as a corporal and is decorated with a Good Conduct Medal, a National Defense Medal and a Global War on Terrorism Medal.

After leaving the military, Teague continued to work in the logistics field for another four years before deciding to return to college. She earned her bachelor’s degree in psychology from Nevada State College and a master’s degree in social work from the University of Nevada-Las Vegas. She hoped to use her skills to work with homeless Veterans.

Teague currently works as a licensed clinical social worker at the Tibor Rubin VA Medical Center in Long Beach, California, with the Veterans Mental Evaluation Team. She serves on mission trips to Africa and Thailand each year, and she is also a single mother of two sons. When asked about the significance of her work, Teague said, “I couldn’t imagine doing anything else.”