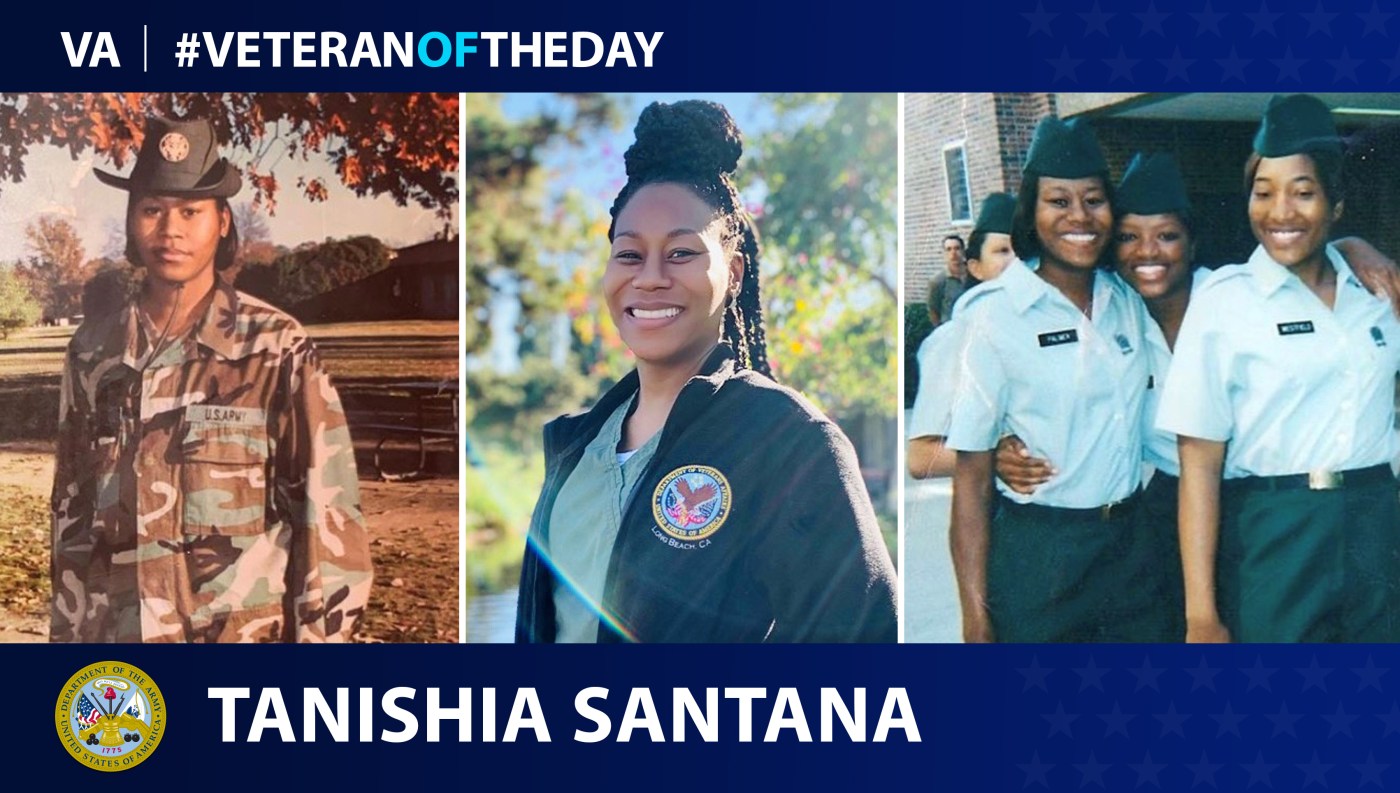 In 1999, Tanishia Santana enlisted in the Army when she was 17, just prior to completing her senior year of high school. During her eight years on active duty, she served as the battle supply sergeant for headquarters and headquarters battery. She lead 14 soldiers in equipment accountability from the modification table of organization and equipment of a unit property book. She also requested, received and distributed equipment.

After leaving the Army, Santana became a maintenance technician for American Honda Motors for four years. In 2011, she attended the University of California, Irvine, and received her bachelor’s degree in sociology. While at UC Irvine, she worked as a peer advisor to the student Veteran population at the Veterans Service Office on campus.

Santana began her work with the Department of Veterans Affairs in March 2014 as a vocational rehabilitation counselor intern. She also worked for a year as a clinical social work intern, focusing on clinical therapy and case management.

In 2017, Santana earned her master of social work from the University of Southern California. She worked as a Veterans vocational assessment supervisor at Goodwill of Orange County for a year and a half until transitioning to become a social work case manager at Mission Hospital for one year.

In April 2019, Santana became a VA clinical social worker in the U.S. Department of Housing and Urban Development and Veterans Affairs Supportive Housing (HUD-VASH) program in Long Beach, California. Santana became a VA social worker because she wanted to make an impact on the lives of other Veterans. She said she feels that she can relate to many of their circumstances and concerns as a Veteran herself. Working at the VA gives Santana the feeling that she is still serving her country.

Santana said she believes social workers are essential because they “are the backbone of all services/departments.” Social workers are needed in a variety of areas from social services to health care to law enforcement.