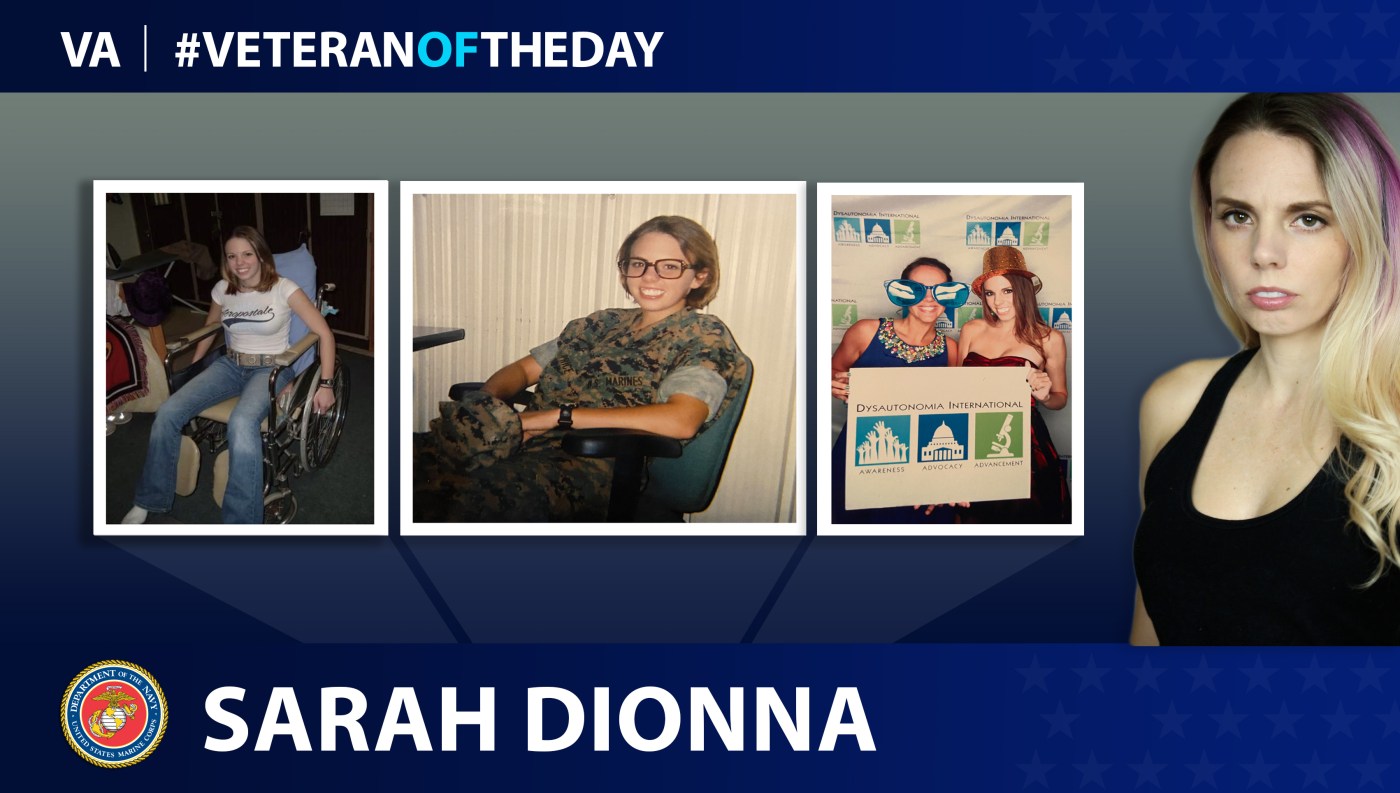 Today’s #VeteranOfTheDay is Marine Corps Veteran Sarah Dionna, who served as an ammunition technician and now speaks on the medical condition POTS.

In 1985, Sarah Dionna was born in Greenwood, South Carolina. She grew up with her two brothers in Ninety Six, South Carolina. During her childhood, she enjoyed outdoor activities such as riding her bike, swimming, water skiing, playing basketball and running.

At age 18 in 2004, she pursued her childhood dream of joining the Marine Corps. Dionna received a weight waiver because she was three pounds underweight. Therefore, during basic training, she enjoyed double rations. After completing boot camp, she promoted to private first class and received a letter of appreciation from her senior drill instructor.

Dionna then attended Military Occupation Specialty (MOS) school and trained to be an ammunition technician. After graduating from MOS, she reported to Camp Lejune for her first duty station.

During MOS and at Camp Lejune, Dionna began having fainting episodes. Doctors tested and released her, telling her to stay hydrated and to eat breakfast. After this, she began to develop extreme fatigue, migraines, facial pain and digestive symptoms.

Eventually, Dionna went to the National Naval Medical Center in Bethesda, Maryland. Here, doctors diagnosed her with Postural Orthostatic Tachycardia Syndrome (POTS) one year following the onset of her symptoms. POTS is a not a well-known or understood condition and causes vary.

Over the next eight months, Dionna remained an outpatient with other Marines who were sick or injured. She medically retired from the Marine Corps after a medical evaluation board assessment.

To help raise awareness for POTS and other chronic illnesses that often go unnoticed, Dionna shared her story through YouTube videos, which led to her love of acting.

Today, Dionna creates content to raise awareness for POTS and share her journey with the world. She currently resides in Charleston with her three cats and works as an actor, filmmaker, guitarist and aerialist.