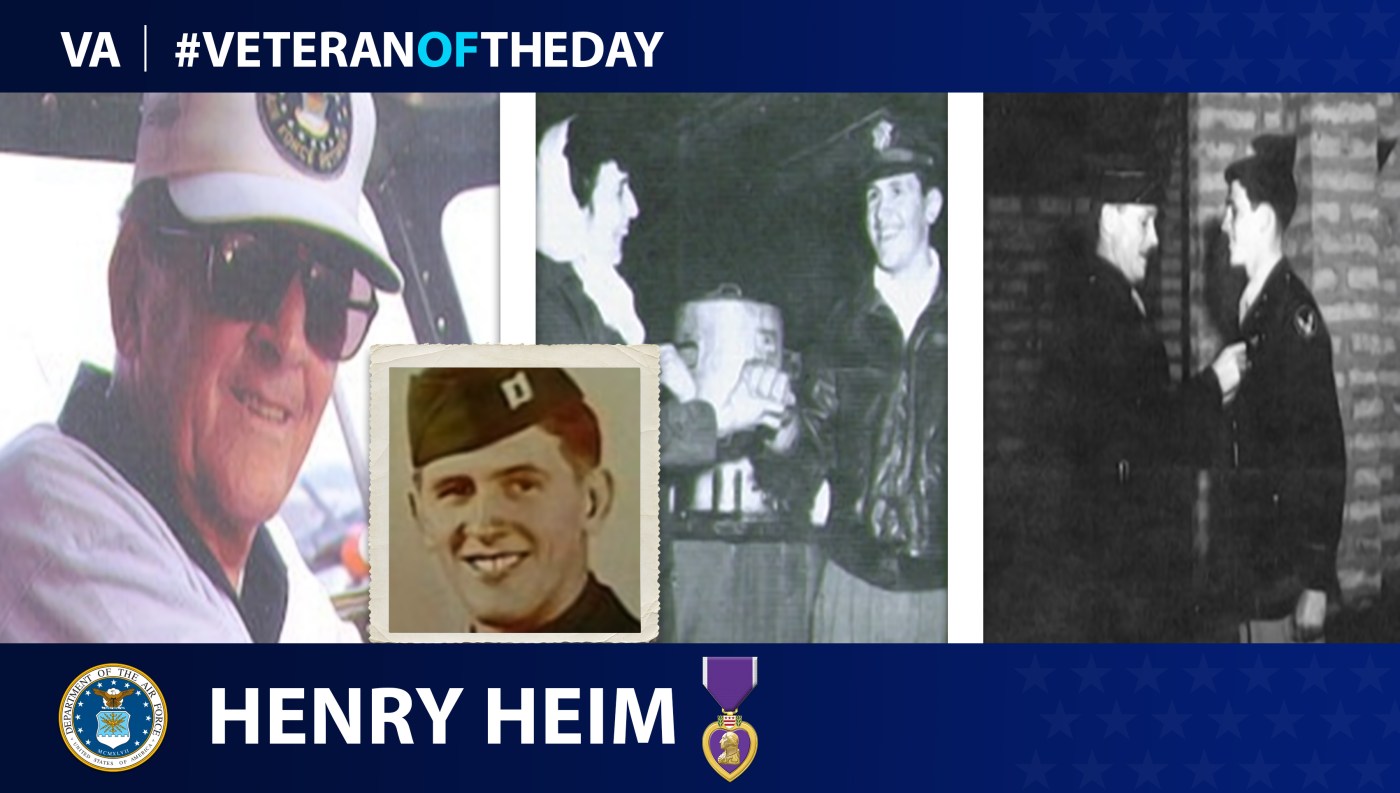 Today’s #VeteranOfTheDay is Air Force Veteran Henry A. Heim, who served as a bomber pilot during World War II and the Korean War.

Henry A. Heim joined the Army Air Corps in 1940. After completing basic training, he became a machine gunner with the 31st Bomb Squadron at Hickam Field in Hawaii. After the attack on Pearl Harbor, Heim became interested in flying. He passed the flight school entrance test and spent nine months studying. He graduated and became a flight officer in November 1942.

The Army then assigned Heim to the Second Bombardment Group, where he flew almost 50 missions over Italy, North Africa, Austria, Germany and Hungary. The average number of missions flown by flight crew members was nine. He received a battlefield commission to second lieutenant during this time. After volunteering for a second tour of combat in Europe, Heim had flown 75 total missions during World War II.

In 1944, Heim received a Distinguished Flying Cross for his extraordinary aerial achievements.

During the Korean War, Heim flew for the Air Force in the 307th Bombardment Wing. He completed 51 missions in Korea, which was more than any other air commander during that time period. Over the course of Heim’s service, he was awarded two Purple Hearts and the Air Medal with 11 oak leaf clusters.

Heim married and had two children. He is a member of the Experimental Aircraft Association and still speaks about his time in the flying in the armed forces.