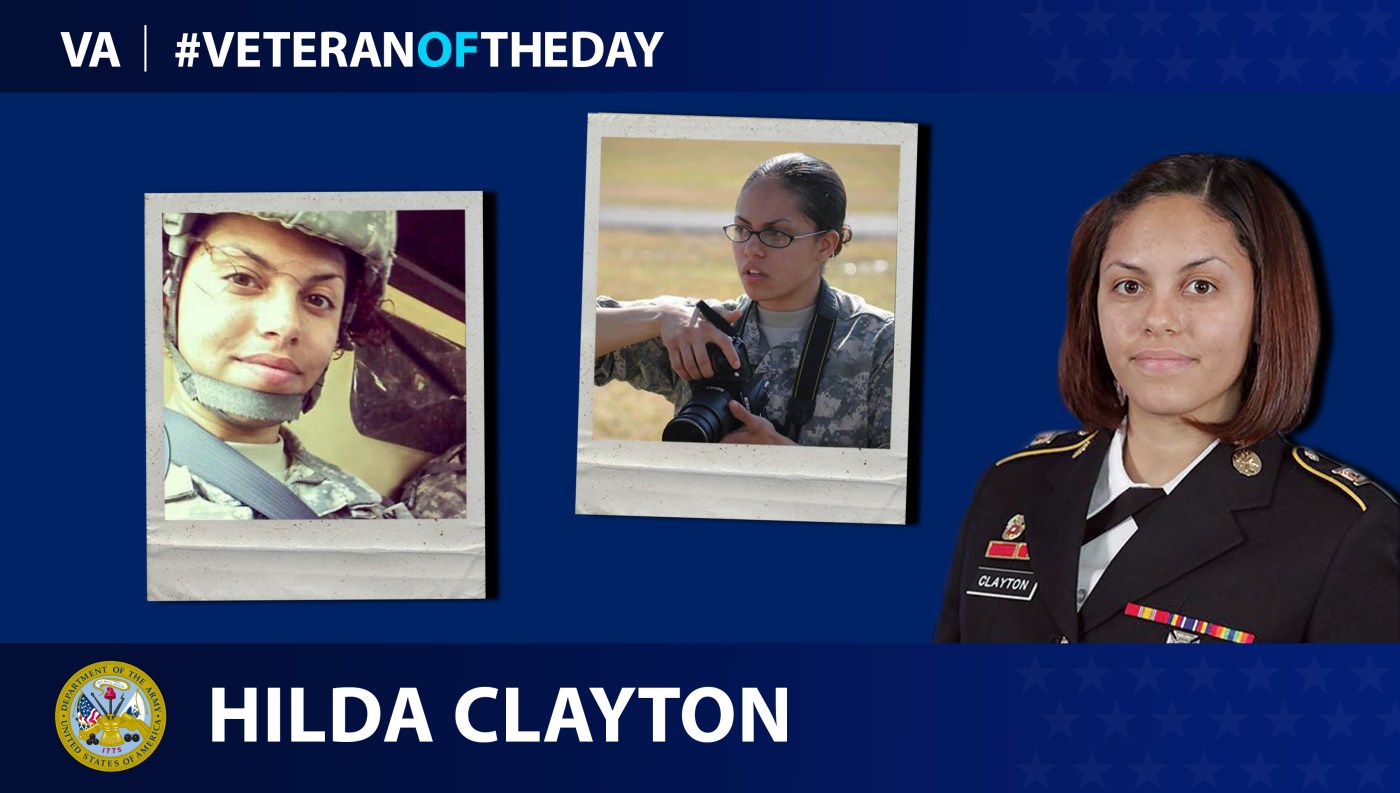 During Caribbean-American Heritage Month, today’s #VeteranOfTheDay is Army Veteran Hilda I. Ortiz Clayton, who served as a photographer in Afghanistan.

Hilda I. Ortiz Clayton was born in May 1991 and grew up in Augusta, Georgia. In 2009, she graduated from Westside High School. She then attended technical college before graduating from the Defense Information School at Fort Meade, Maryland.

Clayton joined the Army’s 55th Signal Company, a combat camera unit. In 2013, she deployed to the Laghman province in eastern Afghanistan. She served as a visual information specialist for the company.

On July 2, 2013, Clayton participated in a live-fire exercise to help train Afghan soldiers in combat photography. However, when an Afghan soldier put a mortar round into the tube, it malfunctioned. This resulted in an accidental explosion, killing Clayton and four Afghan National Army soldiers. In her final moment, she captured the explosion on film. Her camera survived the blast, showing the last image she ever shot.

Clayton was the first combat documentation and production specialist to be killed in Afghanistan. Her role came at a pivotal time, as the U.S. military prioritized training Afghan soldiers and as the Pentagon allowed women to serve in combat roles. Clayton helped to document both of these important initiatives.

In December 2013, Clayton was honored during memorial ceremonies at Forward Operating Base Gamberi and at the Defense Information School. Clayton’s name was added to Fort Meade’s Hall of Heroes. Additionally, her unit named its annual award after her.

Combat camera honored Clayton’s service and sacrifice by naming their annual combat camera competition after her: the Spc. Hilda I. Clayton Best Combat Camera (COMCAM) Competition. The competition is a five-day series of events that tests the physical and technical skills of joint service combat camera personnel.