VA mother-daughter nurse team save a life in their neighborhood 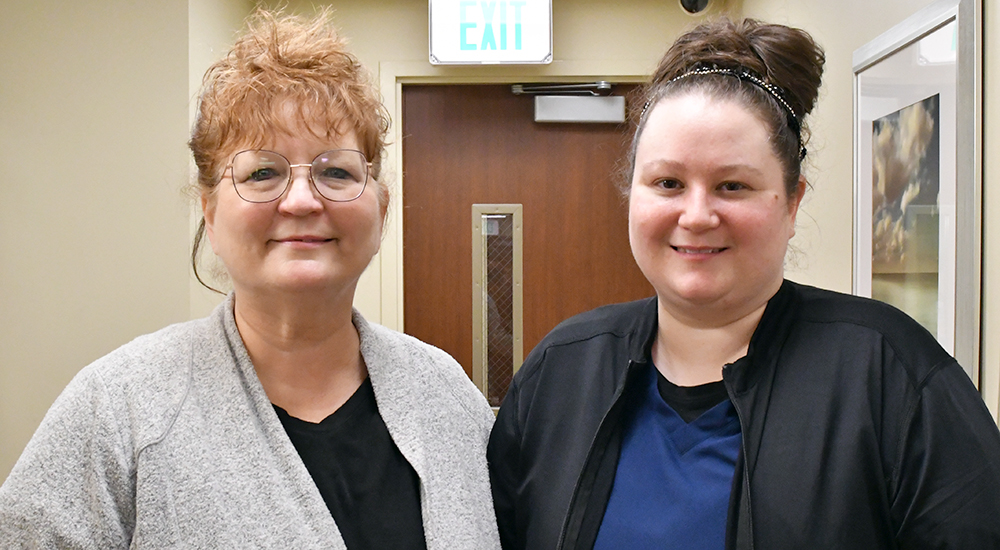 It was a fairly typical evening for Linda Longshaw and her daughter Heather Longshaw.

The two nurses from the LTC Charles S. Kettles VA Medical Center were on their way to dinner. As they turned a corner in the road, they were suddenly flagged down by a group of frantic people in the street.

“We could see there was somebody lying on the ground,” said Linda Longshaw, Primary Care nurse manager. “The person was unresponsive, had no pulse, and was not breathing.”

Unbeknownst to the panicked group, they had just enlisted the aid of two nurses with more than 30 years’ experience between them. The pair immediately exited the car and began rendering aid to the individual.

“Very different when you’re outside the hospital.”

“We’ve never done this before in the community outside of a hospital setting,” Linda said. “My daughter and I have extensive history of working in the ER and trauma ER. But it’s very different when you’re outside the hospital.”

Although they weren’t in their typical hospital setting, the mother and daughter quickly began working as a team to get the person breathing and restore a pulse. Police showed up shortly after the two nurses started working and provided them with an Automated External Defibrillator (AED) to aid their efforts.

“The police officer showed up and gave us the AED,” Linda added. “Heather and I worked together rolling the person, putting the AED on, working the machine, and continuing CPR. Finally, the individual started breathing a little bit. Right around that time is when the fire department showed up.”

Their quick thinking and training saved a life

Once EMS and the fire department showed up, the mother-daughter team turned control of the situation over to them. Thanks to their quick thinking, teamwork and extensive training, the individual survived.

“We know that we would want somebody to help our family,” Linda said. “That’s what we thought when we pulled over and parked the car.”