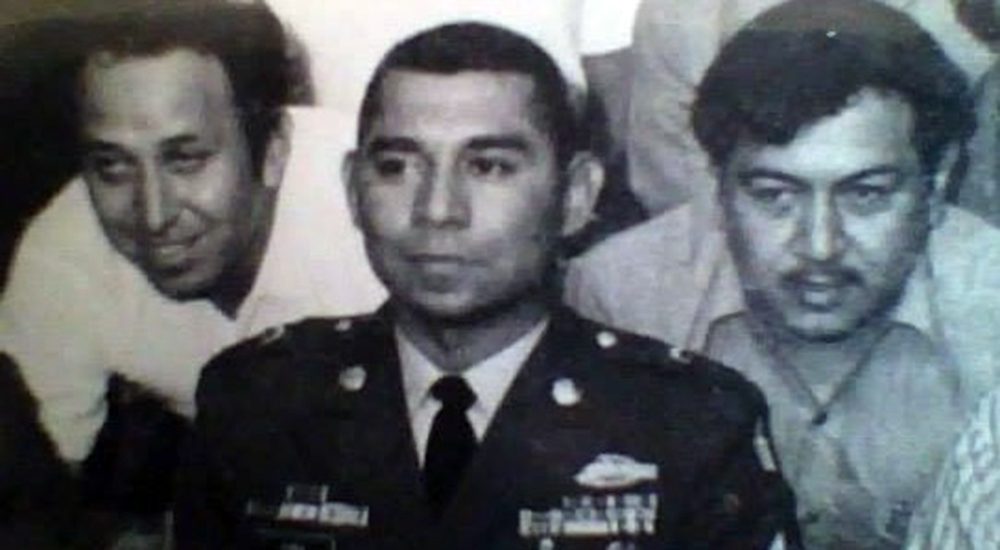 Army Veteran Eddie Pina worked hard with Senator John Thune’s office to fix his DD214 (Discharge from Active Duty). He arrived at Thune’s office to receive his Combat Infantry Badge with Star to show he served in both the Korean and Vietnam Wars.

Pina has been in the care of VA Black Hills Health Care System for the last 48 years. It has been VA Black Hill’s pleasure to provide him care on 550 different occasions for medical appointments and another 696 opportunities in a variety of other services.

“I’ve never heard anything bad about Fort Meade. I’ve seen a variety of things over the past 48 years, that’s a long time,” Pina said. “Fort Meade is a top advocate for Veterans. It’s what keeps Veterans going till their last days. We won’t live forever, but while we are still living, we want to live the best we can health wise and mental wise and that is what Fort Meade provides for Veterans. That’s what’s happening to me. My doctors here and in Rapid City just make me feel so good and comfortable. I’ve still got some mileage left.”

Pina grew up in Hutchinson, Kansas, and is now the father of 4. He was drafted into the Army at a very young age and was stationed at Fort Riley, Kansas, with the 10th Mountain Division.

Serving from 1952 to 1972, with over 100 Airborne jumps, Pina served in combat wars three different times, once in Korea and twice in Vietnam.

He was very proud to be part of the 7th Infantry Division, which had earlier landed at Inchon during the Korean War.

He served with the 509th Infantry Regiment and the 196th Infantry Brigade which was the last military combat ground unit that served in Vietnam.

Years after he retired, Pina is still receiving awards for his bravery and honor for his service. In 1985, he was awarded the Eagle Red Feather by Chief Arvol Looking Horse, keeper of the Sacred Pipe, a very high honor for a non-Native American.

We are honored to have Eddie Pina as a patient at VA Black Hills, giving us opportunities to show our dedication to VA’s mission.