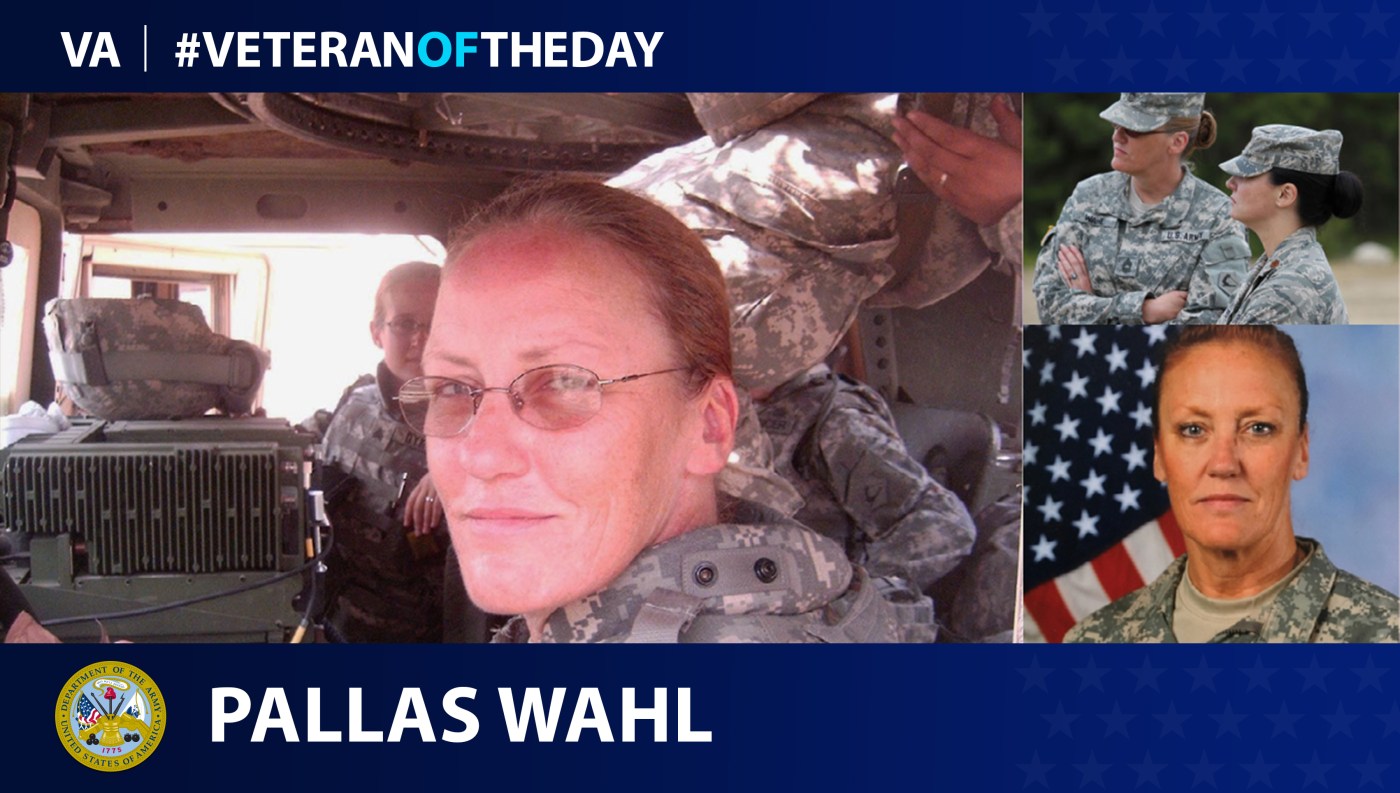 Today’s #VeteranOfTheDay is Army Veteran Pallas Wahl, who served for 37 years in the Massachusetts National Guard and deployed to Iraq.

Pallas Wahl enlisted in the National Guard after graduating high school to help pay for a college education. She completed her basic training in August 1979 at Fort Jackson, South Carolina. She then attended training at the Defense Information School at Fort Benjamin Harrison, Indiana, to become a public affairs specialist.

Wahl had originally planned to serve a four-year term, but the benefits that the Guard offered proved to be tempting. This made her stay longer and make a career out of her service. Her military training prepared her for undergraduate studies at Fitchburg State College, Massachusetts, now called Fitchburg State University, where she majored in communications. Her time with the National Guard provided her a sense of camaraderie and numerous opportunities to obtain valuable skills and build her character.

During her three decades plus service, Wahl’s primary job was to prepare and distribute news stories surrounding military personnel and activities. In 2007, Wahl deployed to Iraq, where she operated with the 65th Public Affairs Operations Center to transport media outlets around the Green Zone, more commonly known as the International Zone of Baghdad.

During her service, she earned the rank of command sergeant major. She was one out of five female sergeants major within the National Guard of Massachusetts. Her most memorable experience during her 37 years of service was the activation of her Guard unit following Hurricane Katrina in 2005. She was the only woman within a group of 300 men. Wahl assisted in the clearing of building debris and helping out civilians as needed. This experience left a profound impact on Wahl, as she got to serve people in the U.S.