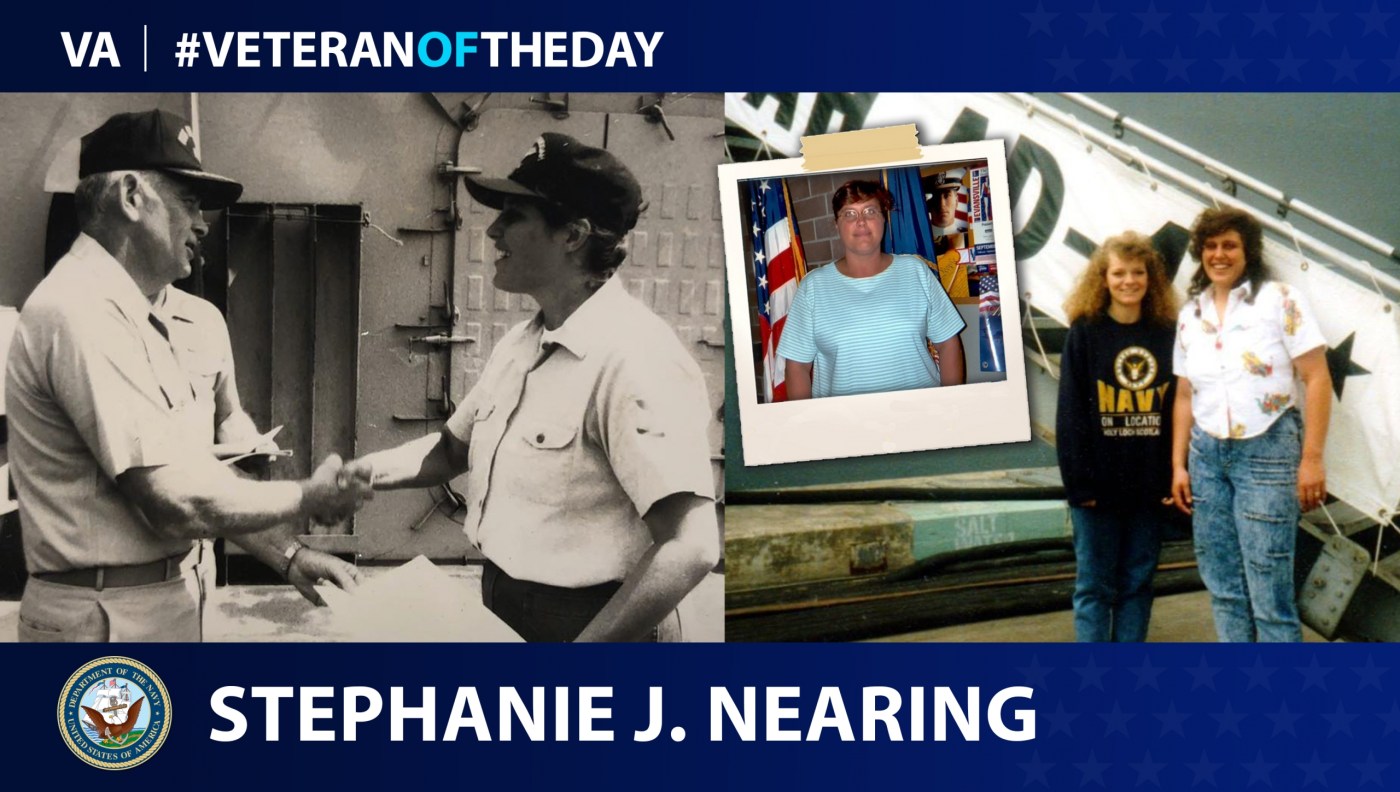 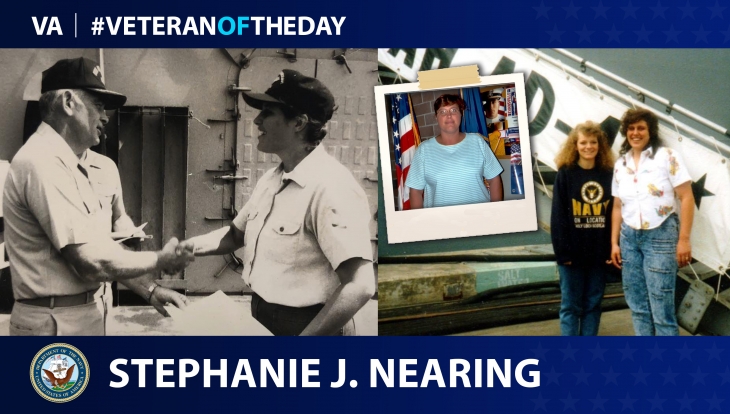 Today’s #VeteranOfTheDay is Navy Veteran Stephanie J. Nearing, who served as a boatswain’s mate from 1988 to 1996.

Stephanie J. Nearing is a native of Wabash, Indiana. She served in the Navy from 1988 to 1996. Her father served in the Army and met her mother while on deployment in the Netherlands. Nearing traveled around Europe for a couple of years in her early twenties, returning to the U.S. at 22. Upon her return, she moved to Sarasota, Florida, where she enlisted at the local Military Entrance Processing Station.

Nearing joined Navy Bootcamp Company K-122 in Orlando, Florida, with female Navy recruits from around the nation. After bootcamp, she went to her first sea school. Her first sea command was as a boatswain’s mate and second division crane operator on the deck crew of USS Simon Lake, a submarine tender in Holy Loch, Scotland. Nearing met her husband while stationed there, and they married on Veterans Day four months later. She gave birth to their first child shortly after and served shore duty in Northbrook, Illinois.

After about a year, Nearing deployed aboard USS Shenandoah, a destroyer tender that crossed the Suez Canal and was in Egypt during Operations Desert Shield and Desert Storm. Nearing received a Navy Achievement Medal for her innovation in creating orthotics for comrades on the ship. Nearing returned to shore duty for the birth of her second child and later went to USS Emory S. Land, a submarine tender in Boston, Massachusetts. While there, she sustained injuries to her knees, back and feet and went to Portsmouth for treatment. Nearing medically discharged in 1996 after an unsuccessful surgery.

Following her discharge, she studied at the University of Southern Indiana and later worked for VA.