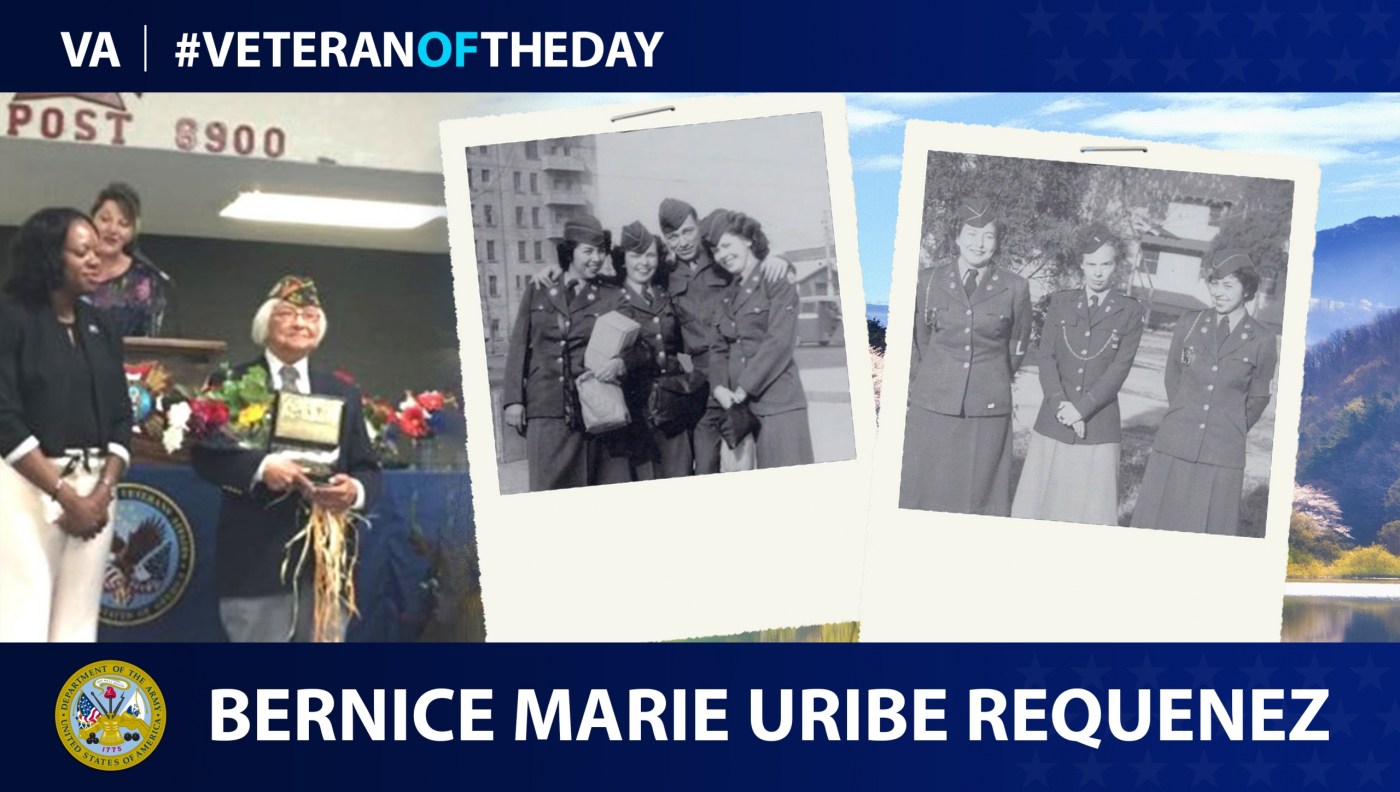 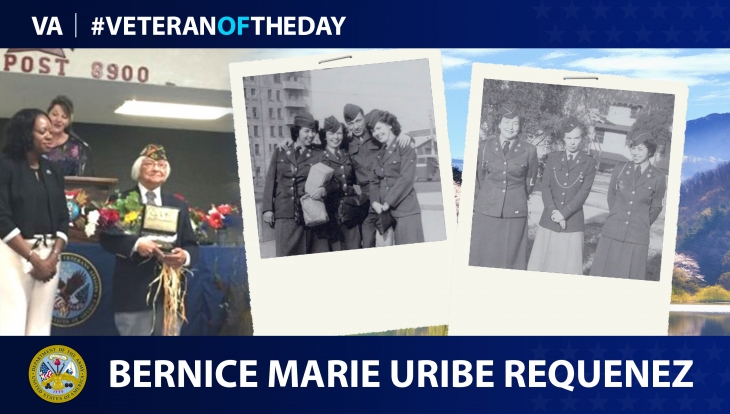 Bernice Marie Uribe Requenez was born in May 1931. When she graduated from high school in 1949, she was living in Clovis, California. Requenez wanted to travel the world, so she enlisted in the Women’s Army Corps. She went to Fort Lee in, Petersburg, Virginia, for basic training. The Army selected 150 women to go to leadership school, including Requenez. After graduating, she served at Fort Dix as a supply clerk in New Jersey. She was officially ranked as a private but was given the title of supply sergeant and an armband with sergeant’s stripes, though not the matching wage to go with it.

At this time, the war in Korea had started, and she volunteered to go overseas. She went to Osaka, Japan, to support the troops fighting in Korea. There, she managed inventory, like ammunition and clothing, as a supply clerk.

In an interview with the Veterans History Project, Requenez recalls one of her saddest memories, “We could look down and see the convoys of wounded men coming in about twice a week and most of them were the same age as I was, 18 or 19 years old… I remember thinking (to myself), ‘You are very fortunate that you don’t have to be out there the way these men are.’”

Requenez discharged in 1951. Once settled in Fresno, California, she talked about what initially being home was like in her Veterans History Project interview. “I went downtown and people were just walking by and talking and having fun and shopping. And it made me very angry. It made me very angry that these people didn’t seem to even know that there was a war was going on or that people were being shot up.”

Requenez went to college on the GI Bill and earned a bachelor’s degree in home economics education, then taught for three years at Kerman Middle School in Kerman, California. She also worked with the United Farm Workers union and travelled around the country with them on their marches. She later returned to college to earn her elementary school teaching credential. Requenez taught for 23 more years, with most of that time in California’s Santa Maria-Bonita School District before retiring.

In 2016, Central Valley Veterans of California named Requenez as Woman Veteran of the Year. Requenez is a lifetime member of the Veterans of Foreign Wars. Since retirement, she has gone on mission trips to aid orphanages and other organizations in Mexico and Korea. She credits her Army experience as having helped in all of her jobs and volunteer work.