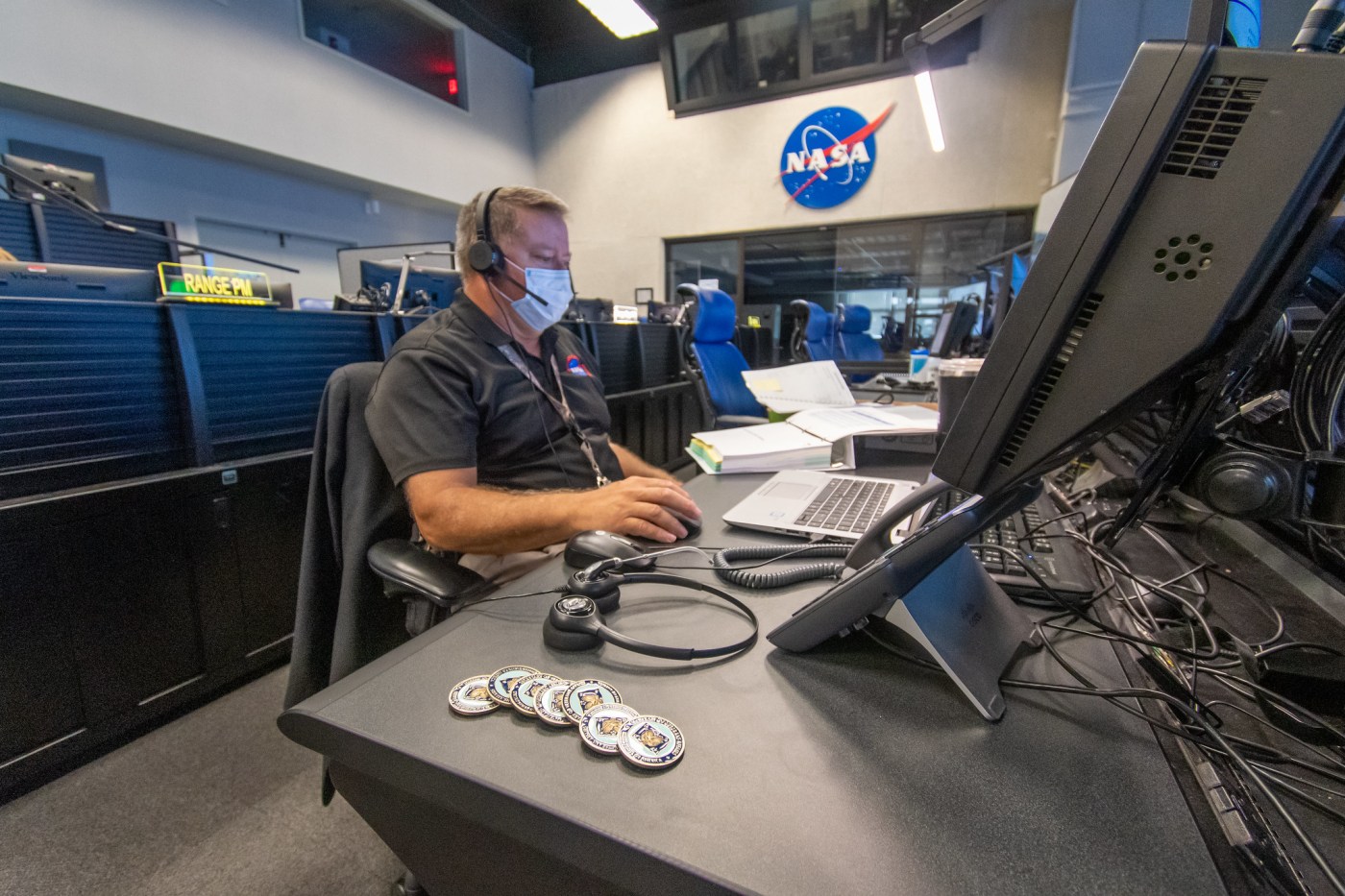 As engines ignited and a deafening roar rolled across the salt marshes of Wallops Island Virginia on Tuesday evening, Army Veteran Greg Cusimano sat inside the Range Control Center 7 miles away watching and monitoring the Antares rocket lift-off from the Mid-Atlantic Regional Spaceport at NASA’s Wallops Flight Facility.

The mission – sending over 8,000 lbs of supplies and scientific experiments to the International Space Station – takes years of work and hundreds of people like Cusimano to be successful.

“I’m an information broker,” said Cusimano in an interview the week before liftoff. “That’s why I am here. I don’t know anything about rocket-science, but my Army career prepared me perfectly for this job because I do know about logistics, and I know how to move information and make connections.”

Cusimano entered the Army as a Private (E-1) in 1982 and left as a Colonel (O-6) in 2008. After enlisting, he soon qualified for Officer Candidate School and was commissioned in 1984, spending 24 years as an ordnance officer specializing in multifunctional logistics.

“The Army gave me fantastic training to be successful in life. When people think about Army ordnance it’s easy to just think of bullets and bombs – our work was so much more than that,” he said. “The core of my work was logistics, maintenance, supply, transportation and engineering. To be successful in this profession a person must be able to manage complex operations effectively and efficiently. It’s my military experience that prepared me for a second career with NASA.”

Veterans – You are more valuable than you may think

The processes Cusimano uses to manage complex operations and broker information at NASA are the same methods he learned in the military, such as mission analysis and military decision processes.

Battalion Commander Cusimano in Ballad, Iraq in May 2003.

“I want Veterans to know they are more skilled and desirable in the workplace than they may realize,” he said. “As for me, I don’t know the technical aspects of launching a rocket, but I know who does; I know how to manage information between our stakeholders and our teams. That’s one of the most important things the Army taught me – how to work with people.

“Here at NASA, the cool-factor is the day-of launch, but watching the rocket lift-off into space only happens because of the coordination and integration that took place before the launch, and that’s my job as project manager. That’s what the military taught me, and other Veterans need to remember how valuable we are because of the skills we learned in service to our country.”

Getting help from VA

After nearly 27 years of military service and three combat deployments, Cusimano had a lot of bumps, bruises and breaks. Some of the scars are visible, others not so much.

“There is a lot of wear and tear on a soldier who served as long as I did and, after retirement, I ran to VA for medical services,” he added. “I wanted all my health care to be ‘under one roof’ and I wanted care from people who understood Veterans.”

Cusimano admitted that military service and combat deployments can take a toll. Today, he relies on VA’s physical therapy, rehabilitation, and prosthetic devices to help combat his degenerative bone disease, primarily located in his spine and hip.

“What’s great about VA is having staff that understand what it’s like for Veterans,” he said. “This understanding of Veteran issues is not easily found in the civilian world, and VA provides the whole health treatments needed to give us the best life possible. Whether I am going to my local facility in Hampton or traveling to Ft. Bragg or Ft. Bliss, which I used, I know that I can go into any VA facility and receive the care I need because they have access to all my information and, more importantly, they know best on how to help Veterans.”

Handing off control of Cygnus

As the Range Control Center at Wallops handed off control of the Cygnus spacecraft to Northrop Grumman in Dulles, VA., about 9 minutes after launch, Cusimano continued to work on what he does best – providing information and support to his project manager, his team and stakeholders.

The seven astronauts and cosmonauts aboard the International Space Station will soon be getting fresh food, water and supplies for the ISS, and scientists will be able to continue their research. The advancement of science and human exploration is made possible by thousands of people including Army Veteran Greg Cusimano.

The Cygnus spacecraft successfully docked with the ISS on Thursday, Aug. 12. After 56 days, the mission is scheduled to end in November 2021 with a safe reentry into Earth’s atmosphere over the Pacific Ocean.