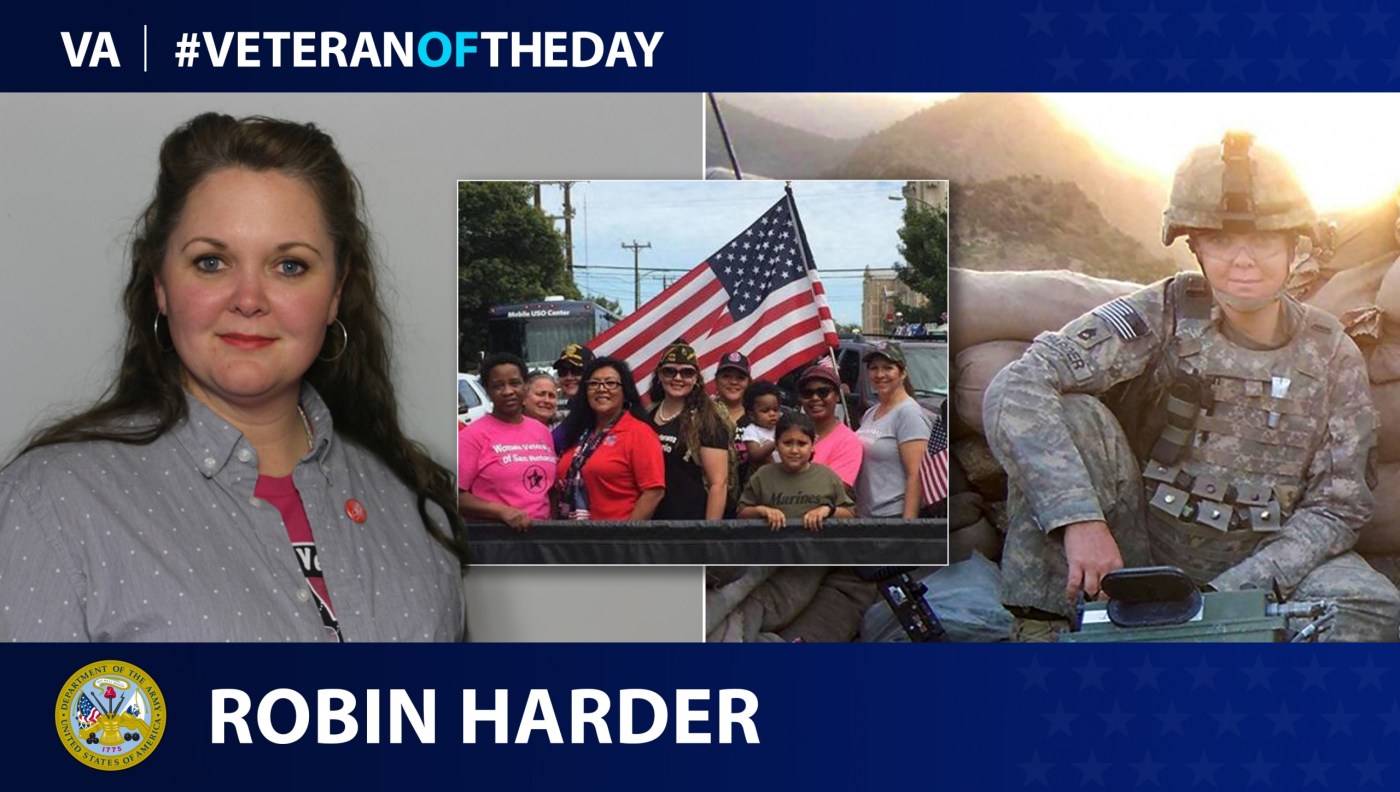 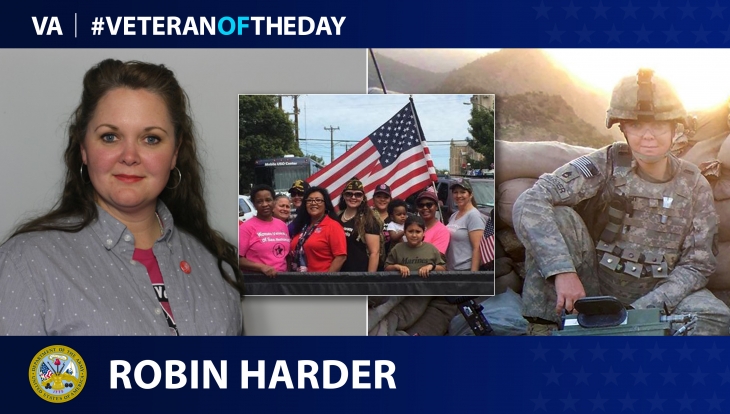 Today’s #VeteranOfTheDay is Army Veteran Robin Harder, who served as a linguist in Afghanistan during Operation Enduring Freedom.

Robin Harder grew up in rural Mississippi and joined the Army in 1994, after learning about the opportunity to be a linguist in the military. After basic training, Harder spent her first three years of service as a Spanish electronic warfare signals intelligence voice interceptor before returning to language school and learning Russian. After learning Russian, she became a cryptologic linguist.

During her time in the Army, Harder traveled and served both in the U.S. and Europe. After Sept. 11, 2001, she deployed to Afghanistan as part of Operation Enduring Freedom. Her husband, who was also in the military, deployed prior to Harder right before their first baby was due to be born; Harder deployed almost three years later. Harder wanted to be assigned to a unit that would deploy and to serve in a support role for the operation. She became a senior enlisted Russian cryptologic linguist at a forward operating base.

In Afghanistan, she served at FOB Tillman, located on the border of Afghanistan and Pakistan. She worked with a team of voice intercept officers as part of military intelligence for the base. Their missions required on-foot travel in the mountains of the nearby area. During one of these missions, Harder earned her Combat Action Badge after a 14-hour conflict.

“I was able to prove to the Infantry Unit that MI support was worth it when I was able to give them advance warning of the attack,” she said. “We were able to get ready and prepare for it in just minutes before the first bullets started flying. Without my capabilities, we would have been caught unaware and who knows how many casualties would have resulted.”

Harder served for 20 years, retiring from the Army in 2014 as a sergeant first class. Prior to leaving, she realized there were no organizations for female Veterans that met her needs in San Antonio, Texas. Harder had a history of taking initiative. She had already started a female mentorship program in the unit she was assigned to in the Army. Continuing her efforts to create support spaces for women, she founded the Women Veterans of San Antonio (WVSA) in 2013.

According to the vision statement, the WVSA “supports women Veterans experiencing a challenging reintegration into civilian life by providing them with personal, meaningful interaction, and by connecting them to their communities through networking, volunteerism, and social activities. We also aim to educate the public, and our peers, with the realization that ‘Women Are Veterans Too.’”