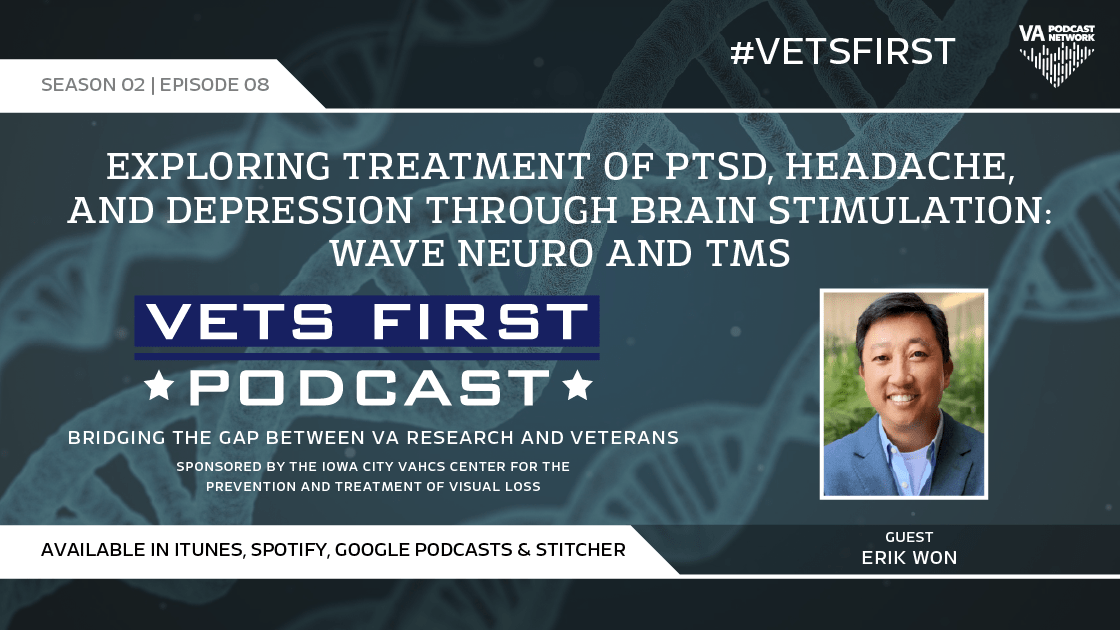 Won is a Californian native who trained at the Naval Hospital in Portsmouth, Virginia. He completed his general medical officer tour as a flight surgeon in Pensacola, Florida, at the Navy Aerospace Medicine Institute.  After, he went to Camp Pendleton and deployed from 2000-2001 with the 11th Marine Expeditionary Unit primarily in the Middle East. He completed his residency at Harvard University in Occupation and Environmental Medicine, a subdivision of preventative medicine. Dr. Won is the President and Chief Medical Officer of Wave Neuro, a company dedicated to developing non-invasive and non-pharmacological technology to advance the treatment of brain related injuries and illnesses.

Based on the principals of physics, Transcranial Magnetic Stimulation (TMS) utilizes magnetic fields to stimulate nerve cells in the brain. Studies found TMS treats symptoms of depression. The typical protocol for TMS is a 30-minute session each day. Prior to treatment, an EEG is used to detect the frequency patterns of the individual’s brain and is analyzed for disparities. This analysis helps tailor the treatment to the individual’s specific brain frequency. An electromagnetic coil is placed over the head, near the scalp and forehead. It delivers magnetic stimulation to the areas of the brain involved in mood and depression. The targeted neuron stimulation gradually trains the neurons to fire more synchronously. The benefit of this approach is that it is not dependent upon drugs and is also non-invasive.

The long-term goal of this research to is better treat individuals who may have any number of psychiatric and/or neurological disorders. As there are more advances in TMS technology, the ability to treat more disorders will expand. The future is bright of the use of this non-invasive technique in Veterans.