Afghanistan Response: The power of community 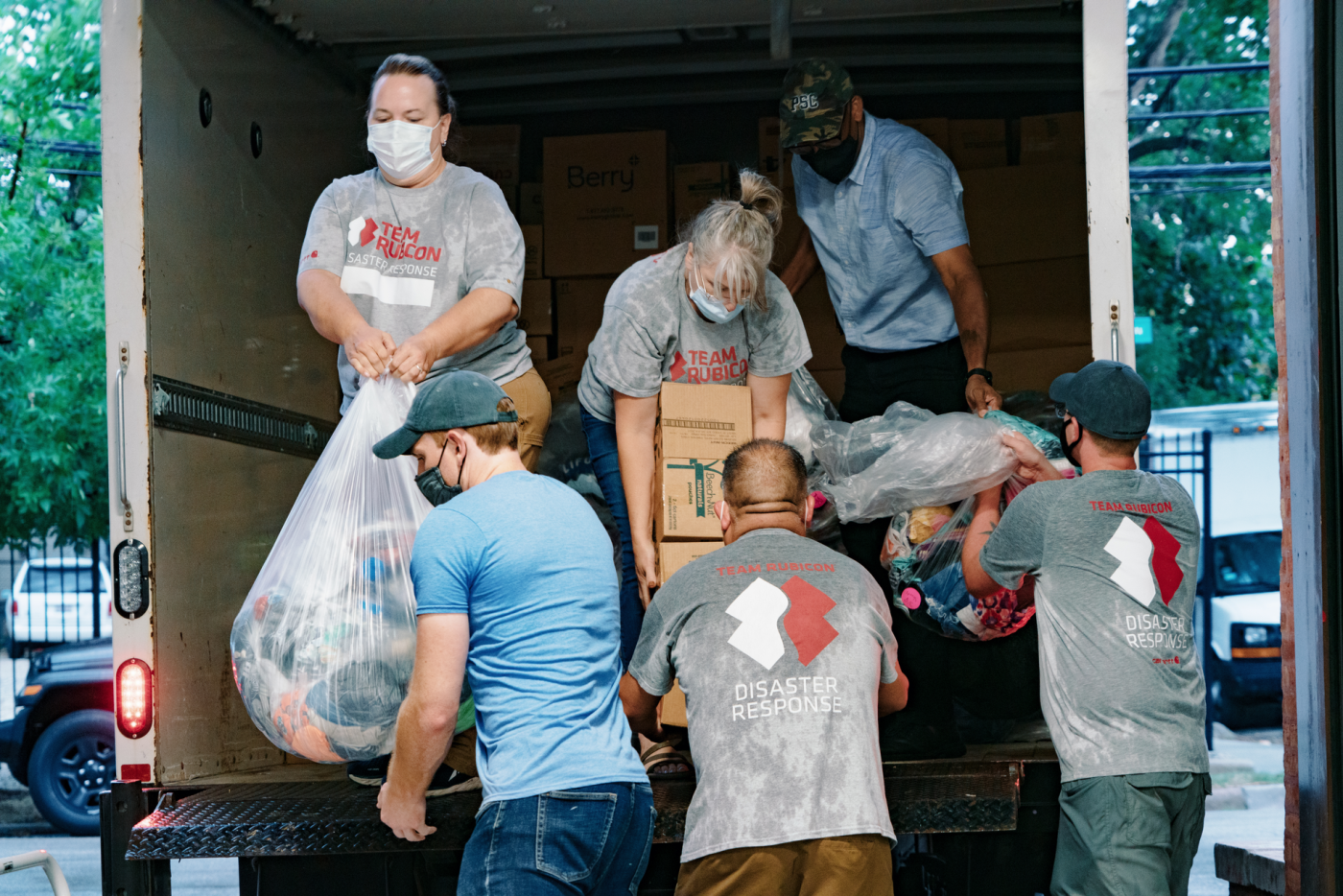 Across the nation, VA and community partners are helping to support the resettlement of Afghanistan refugees and allies by opening their homes, donating goods and services, bringing greater awareness and advocacy for Special Immigrant Visas (SIVs), and by sharing information on how to help. VA is dedicated to supporting the U.S. Department of State and Homeland Security through Operation Allies Welcome.

Certain Afghan nationals at risk who were granted humanitarian parole into the United States are eligible for the U.S. Department of State’s Afghan Placement and Assistance (APA) Program . The purpose of the APA Program is to provide certain Afghans granted parole with initial relocation services for 30 to 90 days after arrival as they begin to rebuild their lives in the United States. These services are provided through local refugee resettlement agencies and community partners. Potential volunteers can email AfghanPartnerships@state.gov or go to Welcome.US to register their support.

Welcome.US is a coalition that’s built by leaders across sectors, political parties, and all walks of life who are coming together to support Afghans seeking safety. Welcome.us has launched the Welcome Exchange that allows non-government organizations to post immediate needs and the private sector to post offerings.

Team Rubicon is a Veteran-led disaster non-profit that serves communities impacted by natural disasters and humanitarian crises. With a volunteer base made up of predominantly Veteran volunteers, Afghan family resettlement is a deeply personal mission for the organization. In eight locations across the US, Team Rubicon is supporting the resettlement effort at all phases of the process. Team Rubicon has coordinated, collected, organized, and helped distribute over 1.9 million items to Afghan families at six bases. We are actively sorting another 2 million items as we continue to get donations from the community and corporate partners. In Denver, its team has already set up 13 homes. To date, over 850 volunteers in local communities across the country have raised their hands to support the effort.

“As I heard Afghan evacuees were being brought to Ft McCoy, Wisconsin, I immediately became interested in getting involved in supporting our allies. As an Iraq Veteran I know how important the local civilians are in the success of overseas missions, and as a former Wisconsin Army National guardsman, I spent a lot of time training at Ft McCoy. Team Rubicon committed resources to set up and staff a donation management and distribution process. I was concerned about how we would get volunteers involved but as soon as sign-ups went live, the support was overwhelming. Over 500 new members signed up in Wisconsin alone since the launch of this operation! As a Veteran, I feel a responsibility to serve these evacuees. As a Wisconsinite, I want these Afghan families to look back at their time at Ft McCoy as a positive first step in their new American experience.” John Stomacher, senior operations associate, Team Rubicon

When Mike Hoherchak deployed to Iraq in the early 2000s, he formed an unbreakable bond with his interpreter. That friendship inspired him to volunteer for Travis Manion Foundation resettlement efforts in partnership with the American Red Cross. While at Ft. Bliss, he kept a daily journal and formed an unofficial accountability buddy system with other Veterans to ensure they could cover for each other in the event of any triggers or emotional moments. “Quite honestly, I felt a sense of closure that I haven’t felt before,” he said of his experience. “I didn’t have flashbacks, but it did feel like I was back in Iraq. My last deployment looked almost identical to the base where all of the tents (housing the Afghan refugees) were… It was emotionally fulfilling and emotionally draining at the same time. I’m feeling extremely fulfilled that I was able to do what we know needed to be done to help these people.”

The son of two immigrant refugees, Army Veteran Tam Pham saw a little of himself in the Afghan refugee children he served at Ft. Bliss. His time assisting the American Red Cross with humanitarian relief also provided a sense of closure for him and all of the emotions he has experienced. “The most impactful part of this experience was seeing how grateful the refugees were,” Pham said. “They aren’t living in the best of conditions, but they know that they are the lucky ones to have gotten out [of Afghanistan] and that’s what matters to them right now. Me being able to help them and see them so grateful for simple things we tend to take for granted was such a powerful experience. I’m glad they know they haven’t been forgotten.”

Combined Arms SIVs & Allies Community Group has welcomed 38 families and supported hundreds of wartime allies and their families in the Houston area since 2019. In June, it welcomed seven members of the Mohammed Family for an emergency humanitarian parole after the father was murdered by the Taliban just days after receiving approval for his Special Immigrant Visa. Shortly after the fall of Kabul, Combined Arms SIVs & Allies Community Group welcomed “Mohammed’s” brother-in-law, the Khan family, to Houston on August 22nd with his pregnant wife and 3-year-old son. For now, they’re staying at his sister-in-law’s house in southwest Houston, where his son rides around on a small red tricycle waving small American flags.

“My son is really happy. In Afghanistan, he was always crying,” Khan said. Now, “he is just playing.”

Khan’s wife has since delivered their new baby and they have been provided baby supplies and furniture through Combined Arms SIVs & Allies volunteers, led by Veterans.

Combined Arms works to fill in those resource gaps left by refugee agencies. It provides to SIVs – or those on humanitarian parole, and their families – basic goods, household items, laptops and other technology equipment, airport welcomes, transit cards, employment support, social service resources, groceries and more. We’ve worked closely with our Member Organizations over the years to build awareness about the SIV community and advocated for them to extend their services to SIVs with great success. SIVs and Allies can use Combined Arms’ platform to access social services and resources from a growing number of our Member Organizations.

Since February 2021, Combined Arms has received 100+ laptops from corporate partners to repurpose and distribute to SIV families in need. During the pandemic, families continued to arrive with no immediate way to access virtual learning for themselves or their children. These laptops provide a steppingstone for SIV families to get a leg up upon arrival in Houston as well as quickly find and secure employment.

Afghanistan Veteran and Combined Arms SIVs & Allies volunteer, Luis Gonzales, has embraced his next mission in welcoming new neighbors. He aids in coordinating beds, TVs, Halal food vouchers, and getting families set up to make the transition a little easier. “If you want to serve again, Combined Arms is there to support and welcome our SIVs,” he said. “They’re basically left behind, but since they’re here, there’s an organization who will support them, and that’s Combined Arms, and I just wanted to be a part of that effort.”

Veteran and military family communities can support local allies by:

Thank you to everyone who’s making a difference and showing the power of community when we come together to be of service to our Afghan neighbors.

The sharing of third-party information does not constitute an endorsement by VA of any entity referenced in such information.

By Chris Diaz is the deputy chief of staff, White House liaison to VA