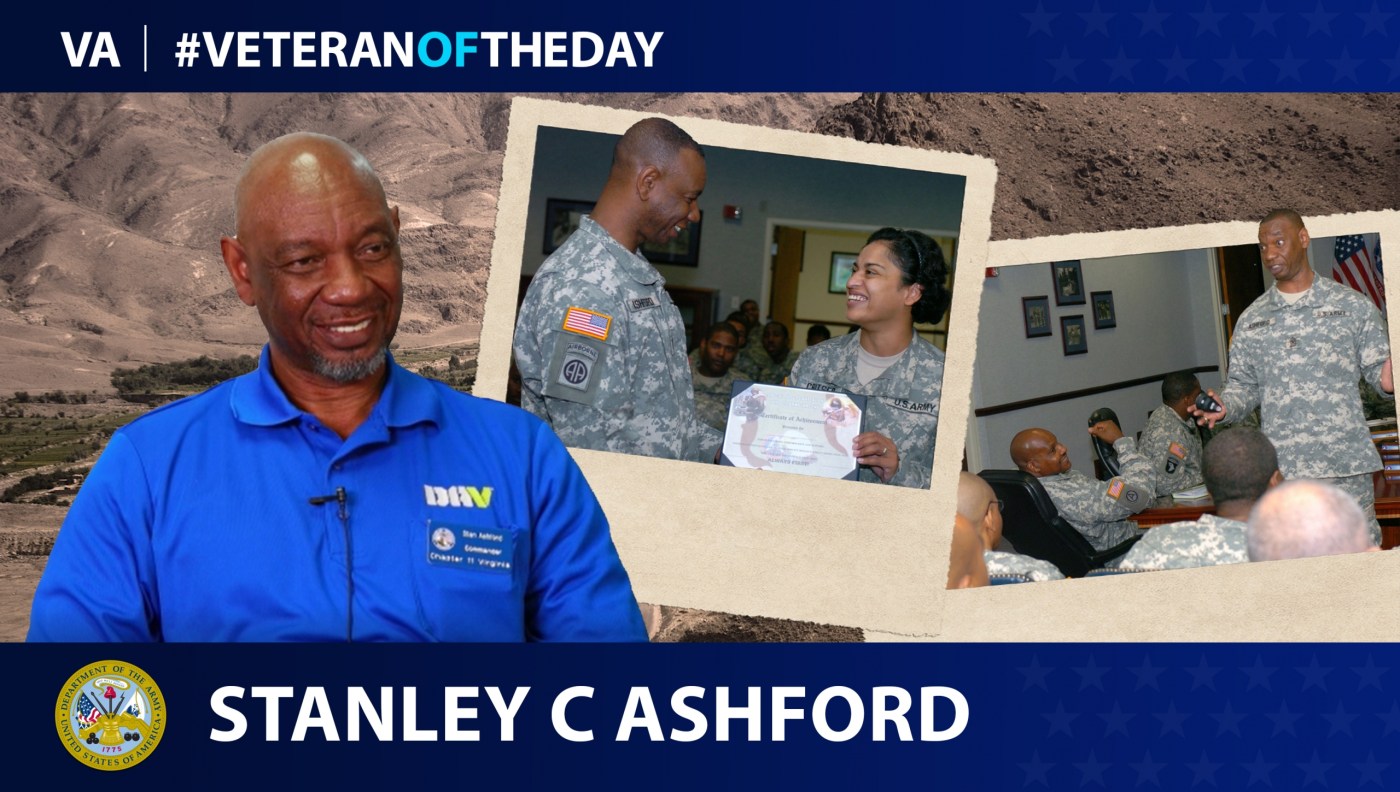 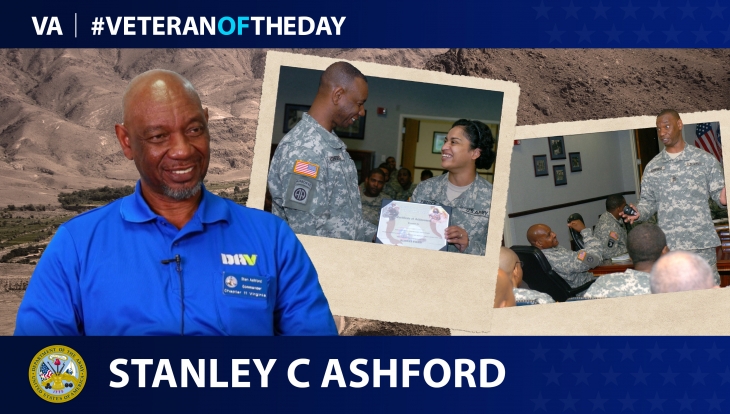 Stanley C. Ashford was born in Ventress, Louisiana, in an Army family. While his father and multiple uncles were Army Veterans, Ashford initially intended to go to college on a track scholarship rather than join the military. However, after graduating high school, Ashford felt the call to serve. In 1977, he enlisted in the Army. He completed basic training at Fort Knox, Kentucky, and went to airborne training at Fort Benning, Georgia. When reflecting on his days in training in a Library of Congress interview, Ashford suggested that his athletic background helped him excel in jump school, “I’m not going say I was a track star, but I was pretty good.”

From 1978 to 1985, Ashford was with the 82nd Airborne Division, in Fort Bragg, North Carolina. Ashford’s first overseas tour was to Germany in 1985. He loved the work so much he extended his initial three-year tour to five years. After promoting to first sergeant in Germany, Ashford deployed to Saudi Arabia as part of Operation Desert Storm. Following a year in the Arabian Peninsula, he returned to Fort Bragg for another five years, where he shifted from field duties to financial work as part of a finance assistance team.

After a brief time in Hawaii, Ashford promoted to the rank of command sergeant major. His first assignment as a command sergeant major was to teach at the sergeant major school at Fort Bliss, Texas, where he prepared fellow senior enlisted men for their duties. Following a year at Fort Jackson, South Carolina, Ashford served with the 3rd Army headquarters at Fort McPherson, Georgia, as the Army’s personnel management subject matter expert. He deployed with the 3rd Army to Iraq in 2002 and spent over 34 months overseas. In 2006, Ashford became the assistant chief of staff for the 8th Army in Seoul, South Korea, and then finished his career back at Fort Bragg as the principal advisor for U.S. Army Forces Command’s human relations department.

Ashford retired from the Army in 2010 at the rank of command sergeant major after 33 years of service. When asked if he had any advice after all his deployments, Ashford replied, “The only way you have a bad assignment [is] if you sit in your barracks and don’t do anything.”