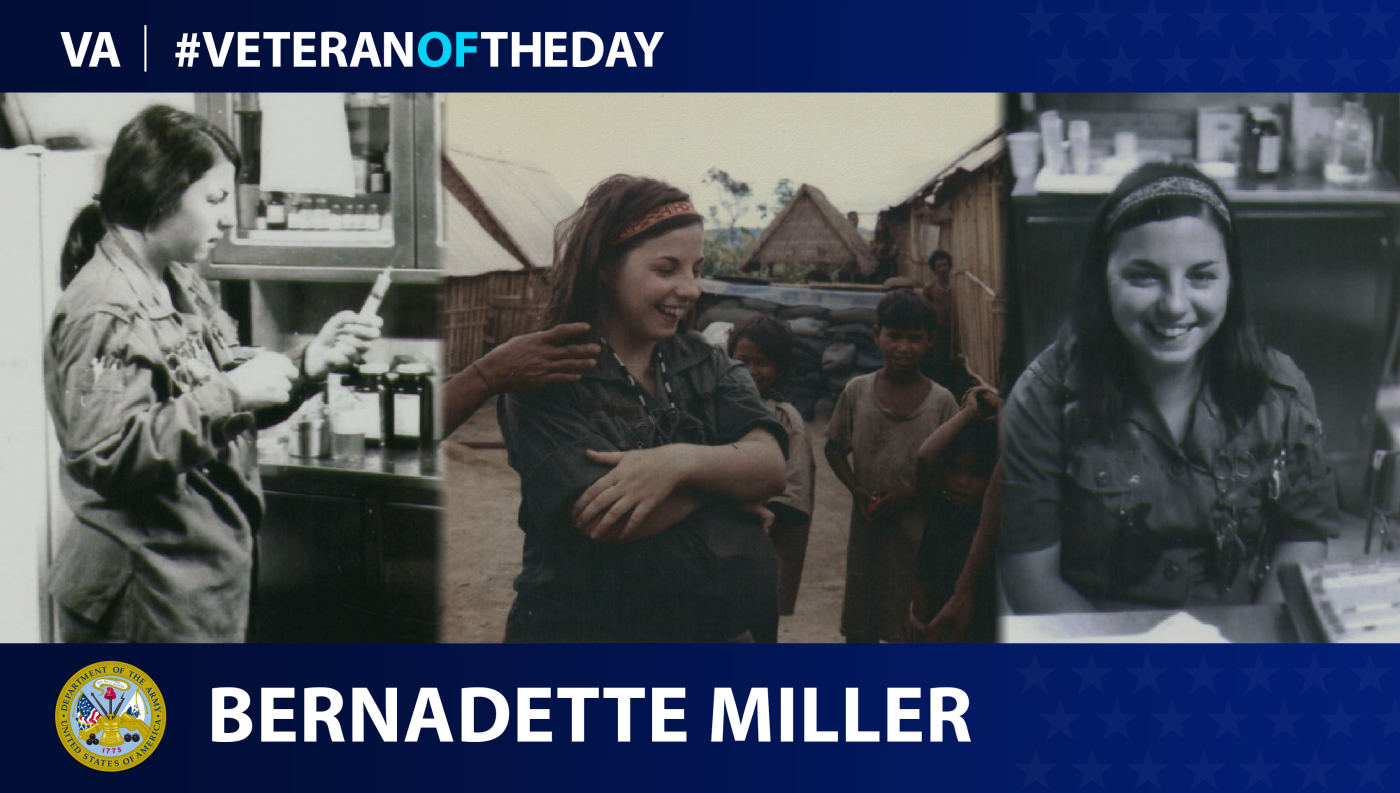 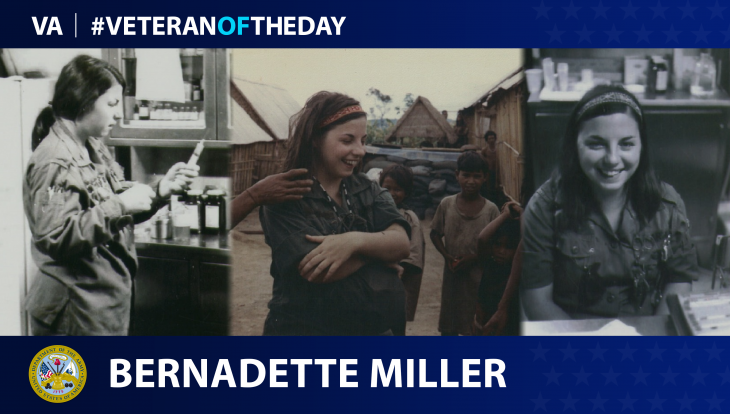 Today’s #VeteranOfTheDay is Army Veteran Bernadette Agnes Payla Miller, who served as a nurse in a field hospital during the Vietnam War.

Bernadette Agnes Payla Miller originally joined the Army Nurse Corps at the age of 21 because they offered to help pay for her education. Her main memories of basic training at Fort Sam Houston involve the heat. Because she had never left her home state of Pennsylvania before, Miller could not understand how people could live in the heat and humidity of the South. She remembered her superiors telling her class to be thankful because the weather was cooler in Texas than in Vietnam.

After serving at Fort Hood and Fort Sam Houston, Miller deployed as a post-operative nurse to a field hospital in An Khe, Vietnam. Her first night in Vietnam was the scariest as it was the first time she experienced rocket attacks. She awoke in the middle of the night to help evacuate patients to a bunker. As the youngest, Miller was known as the baby of the hospital. As a registered nurse, Miller’s job included caring for, stabilizing and preparing patients for travel once they left surgery.

Occasionally, Miller and her colleagues would care for Vietnamese, especially in emergencies. One of the most memorable moments occurred when a mass casualty group entered the hospital. When checking on one of the most critical patients, she noticed he was from a town near where she grew up. Because of their connection, Miller paid extra attention to him, making sure that he made it out of her hospital alive. The most difficult part of her job was not being able to save every patient.

Miller found time to deal with the stress by going to barbecues and dance parties at the Officers’ Club or attending other parties thrown by other nearby units. Miller also sometimes visited nearby villages. Many natives often gave her gifts, including one man who tried to convince her to stay with him in Vietnam. Miller achieved the rank of captain, and she received an Army Commendation Medal. She discharged in 1971.

Although excited to return home, she was scared to come back to the U.S. because no one there would understand her experiences. After exiting the military, Miller continued working as a nurse, traveling around the country wherever her husband served. She also worked in a museum, in a library and in retail at various times. While living in Missouri, Miller received an appointment to the Missouri Veterans Commission. In 2007, Miller received the Vietnam War Medallion from the state for her service.