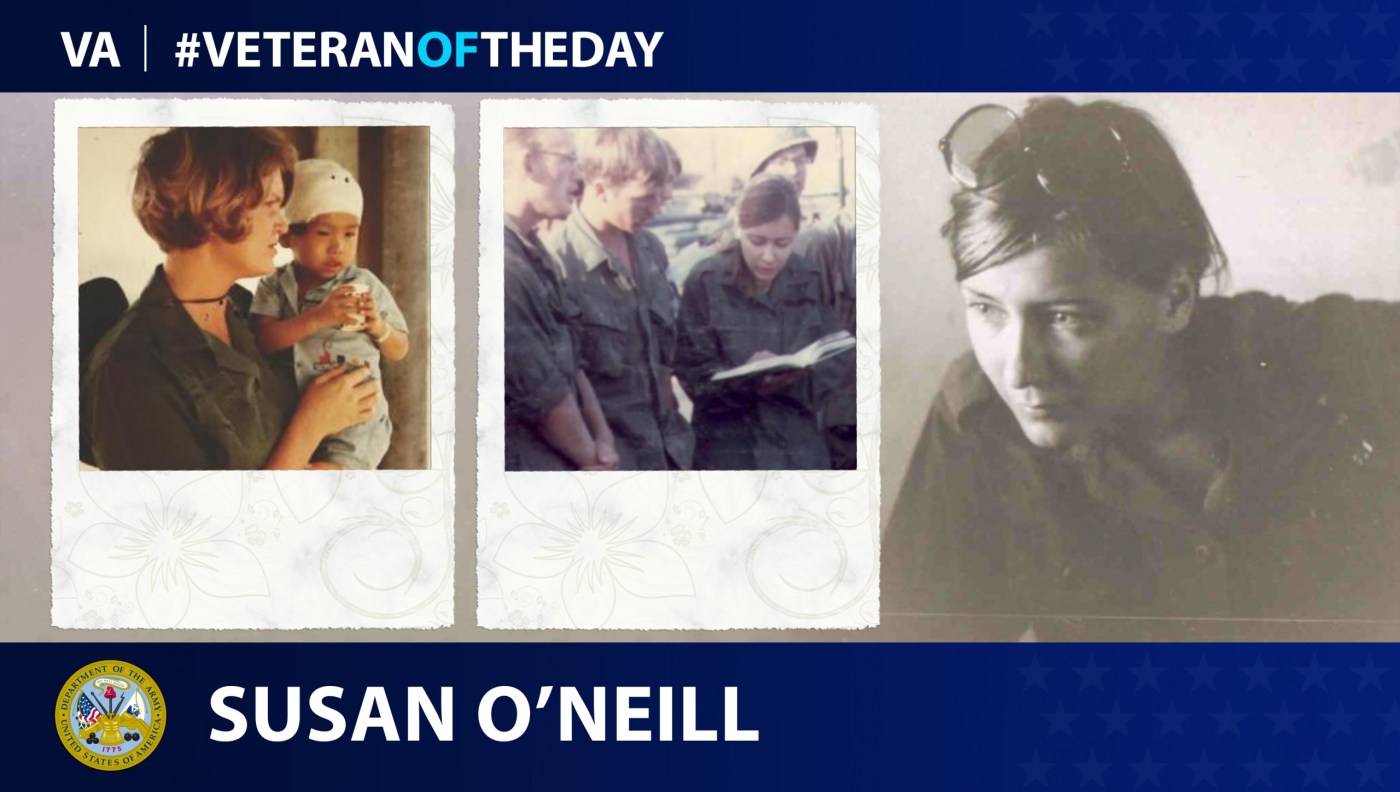 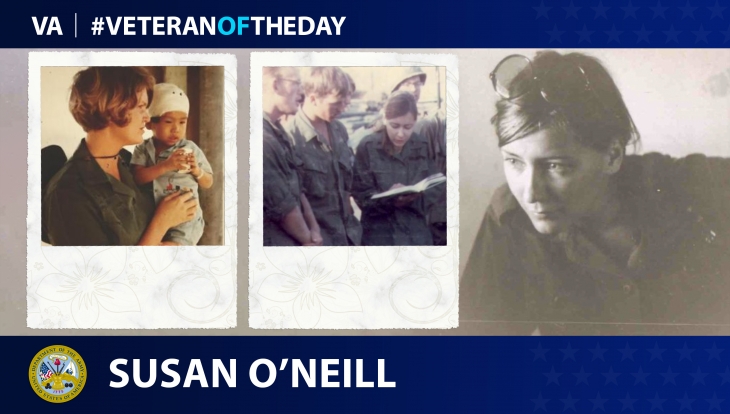 Today’s #VeteranOfTheDay is Army Veteran Susan O’Neill, who served as a nurse in three hospitals during the Vietnam War.

Born in Fort Wayne, Indiana, Susan O’Neill joined the Army in 1967. At that time, O’Neill was a nursing student at the Holy Cross School of Nursing and had no intention of joining the Army. However, her friend, who planned to join the Army Nurse Corps, convinced O’Neill to accompany her to the recruitment office in Chicago. Much to the surprise of all her friends and family, she joined the Army and reflected in an interview, “My family must have thought I was nuts to join up, since I was a woman and didn’t have to, and I was always quick to argue against our involvement in Vietnam.”

A year after volunteering, O’Neill completed basic training at Fort Sam Houston in San Antonio, Texas. After learning that she would go Vietnam, she signed on to become an operating room nurse. She arrived in Vietnam in May 1969 at the 22nd Surgical Hospital in Phu Bai. During her three months at Phu Bai, she helped provide medical services at an orphanage and assisted the Catholic missionary order in the area.

She then went to the 27th Surgical Unit in Chu Lai for three months. O’Neill recalled that a high percentage of patients in the hospitals were Vietnamese.

Her final station was with the 12th Evacuation Unit at Cu Chi near Saigon. She recalled in an interview, “The medical and surgical teams were real teams, and they—we—were good. Very good. We all had a mission, and we worked hard to accomplish it, whether we cared for GIs or Vietnamese or—when Nixon made his 1970 foray into Cambodia—Cambodians and POWs.” It was there that she met her future husband, Paul O’Neill, a young Massachusetts man working at the hospital’s registrar.

In 1970, O’Neill finished her service and soon after married Paul. She went on to receive a bachelor’s degree in journalism and advertising and worked as a reporter before returning to nursing. In 2001, she published “Don’t Mean Nothing,” which takes place in the three hospitals that she served but is mostly a fictional account of her time in Vietnam.

Currently, O’Neill resides in Brooklyn, New York. She works as a writer for a literary magazine and on the side likes to write short stories.