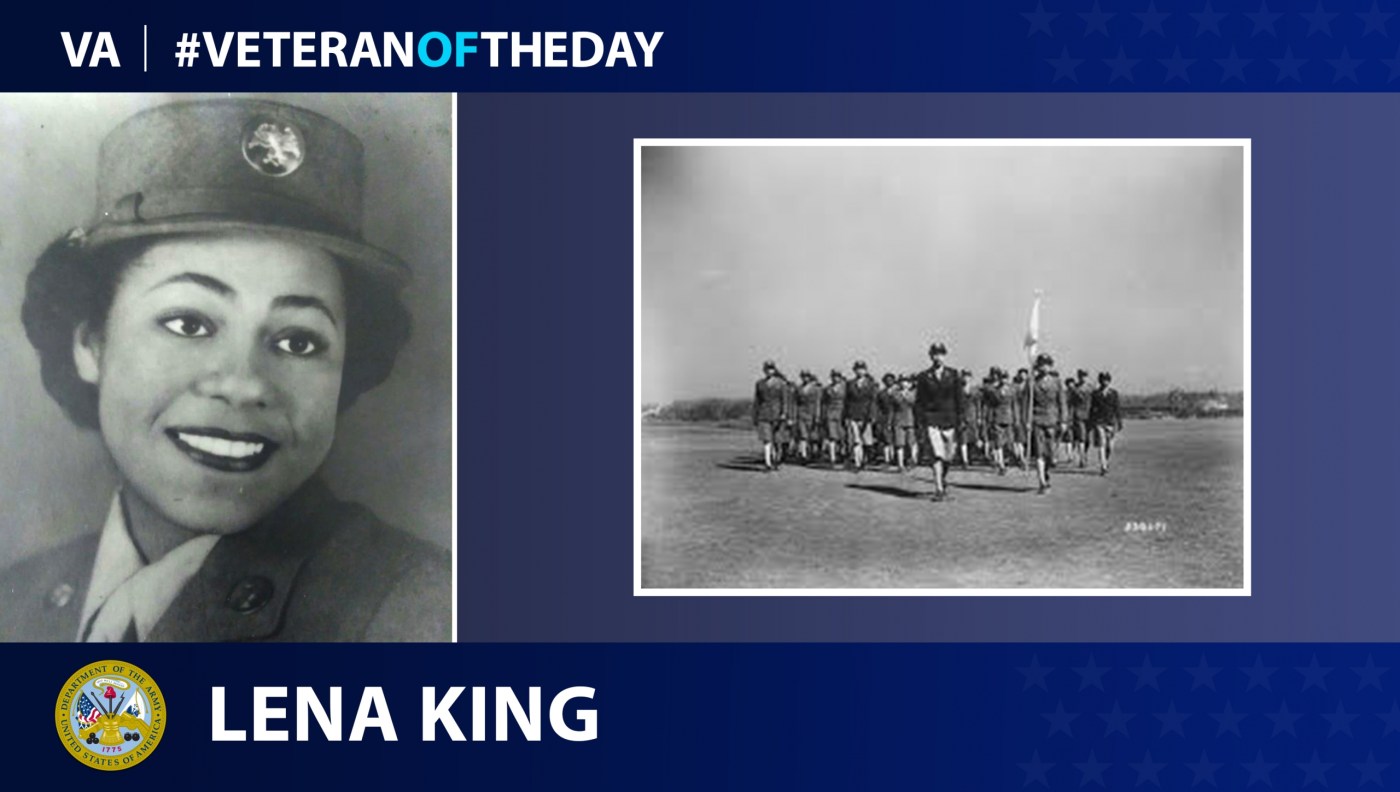 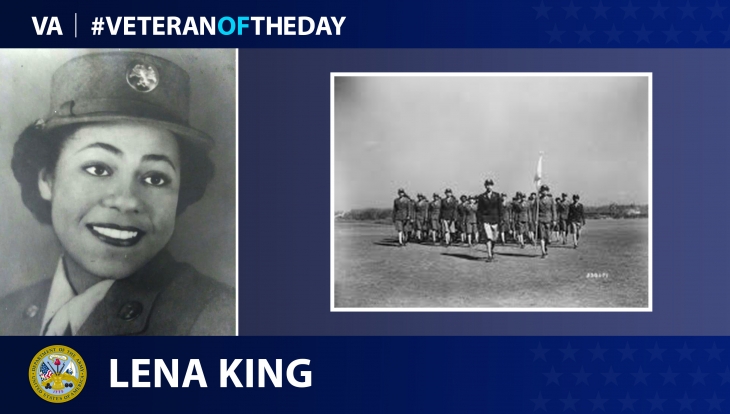 During Black History Month, today’s #VeteranOfTheDay is Army Veteran Lena King, who served in the 6888th during World War II.

Lena King was born in 1923 in Washington, Georgia, and moved to Philadelphia, Pennsylvania, when she was 2. She graduated from Germantown High School and took a job at the Navy Yard as a coppersmith. King was inspired to further help the war effort after her neighbor, who often drove her to school, was killed in action during his first mission overseas.

The Army was recruiting women to send to Europe and sort out the massive, two to three year backlog of mail. King joined the 6888thCentral Postal Directory Battalion, referred to as the “Six Triple Eight.” The battalion comprised all black women, the first of its kind.

The 6888th underwent training in Fort Oglethorpe, Georgia, before sailing to Europe in the winter of 1945. The 885 women of the battalion traveled to Birmingham, England, where they sorted out the undelivered mail and erected a proper post office. The battalion’s job was to sort out the mail in six months, but they surpassed expectations and did it in three. They worked with intelligence services to locate soldiers across Europe.

The 6888th followed a strict schedule, working one of the three shifts per day, seven days a week. As the women worked around the clock, the black out windows kept them safe from the bombs dropping around them. The working conditions were rough. The airplane hangar they converted to a post office did not have heat and was rat infested due to the stale cakes and pies. Nevertheless, the battalion lived and worked by their motto of “no mail low morale,” derived from the isolation and sadness soldiers felt when they did not have any contact with their loved ones at home.

Once the 6888th finished the job in Birmingham, they moved to Rouen, France. They dealt with a similar backlog, which they sorted in a few months. In June 1945, the mail started to slow down due to the European mission drawing down. This delayed King’s return home as her battalion did not have priority. Stuck in France, King took classes at the Leicester School of Art and Technology for 10 months. She later returned home to her family and job in Pennsylvania in March 1946. King married a fellow soldier and moved to California where she attended school to become a nurse. Over the course of her career, she worked in Veteran hospitals, the University of California, Los Angeles, and Kaiser.

The Army Women’s Hall of Fame inducted the 6888th Battalion in 2016. In 2018, King was one the five surviving members of the battalion to attend a monument dedication in Fort Leavenworth, Kansas.