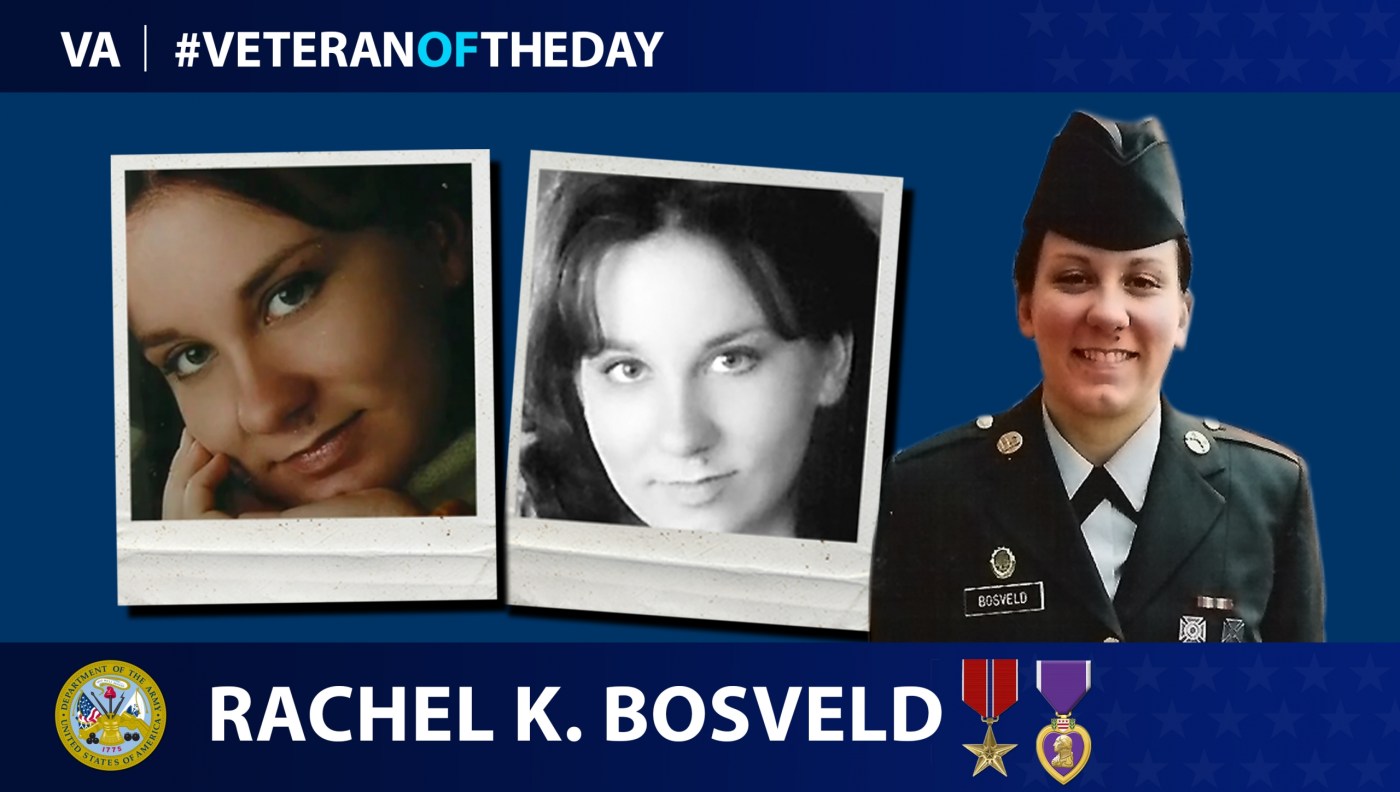 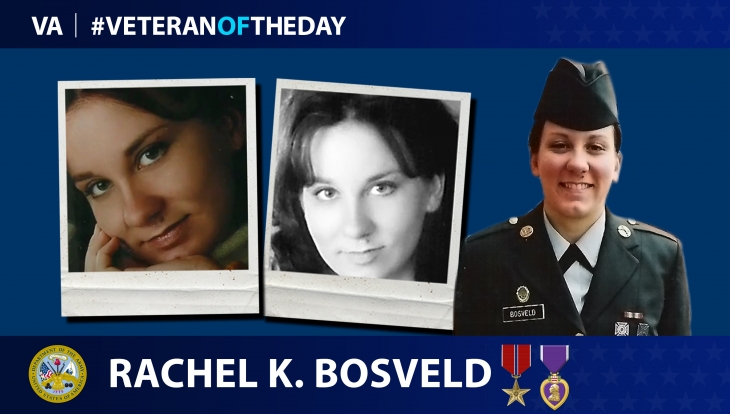 During Women’s History Month, today’s #VeteranOfTheDay is Army Veteran Rachel Bosveld, who was killed in action in Iraq in 2003.

Rachel Bosveld, born in November 1983, grew up in Wisconsin. She moved from Oshkosh to Waupun for her last two years of high school and quickly adapted to her new environment. Bosveld had a variety of interests in high school. She joined the soccer team, sang in the choir, acted in school plays, loved to draw and played the violin with the community orchestra. While Bosveld planned to one day become a graphic artist, her more immediate plans were to enlist in the Army after high school and serve like her father and brother. After her military service, she planned to attend college and work in law enforcement.

After her graduation in 2002, Bosveld joined the Army and went to Fort Leonard Wood, Missouri, for basic training and advanced individual training. She served with the 527th Military Police Company, V Corps, based in Giesen, Germany, as a military police officer. On March 1, 2003, she deployed with her unit to Kuwait in support of Operation Iraqi Freedom. Her primary area of responsibility was security detail for the Abu Ghraib District in Iraq.

On Sept. 12, 2003, Bosveld was on patrol when a rocket-propelled grenade hit the Humvee she was driving. With the Humvee on fire, she tried to open the door despite having a dislocated shoulder and other injuries. Once she was able to exit the vehicle, she found her unit under a small arms attack. Backup arrived, and Bosveld survived.

A few weeks later, on Oct. 26, 2003, several members from the 143rd Military Police Company of the Connecticut National Guard were gathered outside the Abu Ghraib police station where Bosveld worked security detail. Out of nowhere, they found themselves under mortar attack. The 143rd soldiers heard screaming coming from nearby vehicles that were on fire, and they ran toward them.

Four members of the 143rd pulled Bosveld out of her vehicle. They carried her about 300 yards to get inside the police station, as mortars exploded around them, and one blast knocked them to the ground. When the soldiers reached the station, they attempted to revive Bosveld for 20 minutes, but she succumbed to her injuries.

The four Connecticut National Guard soldiers who rescued Bosveld from the vehicle did not know her, but they made a pact to travel to Wisconsin every year on Oct. 26 to visit her grave and never forget her.

Posthumously, Bosveld received a second Purple Heart and a Bronze Star. Bosveld was a private first class and 19 years old.