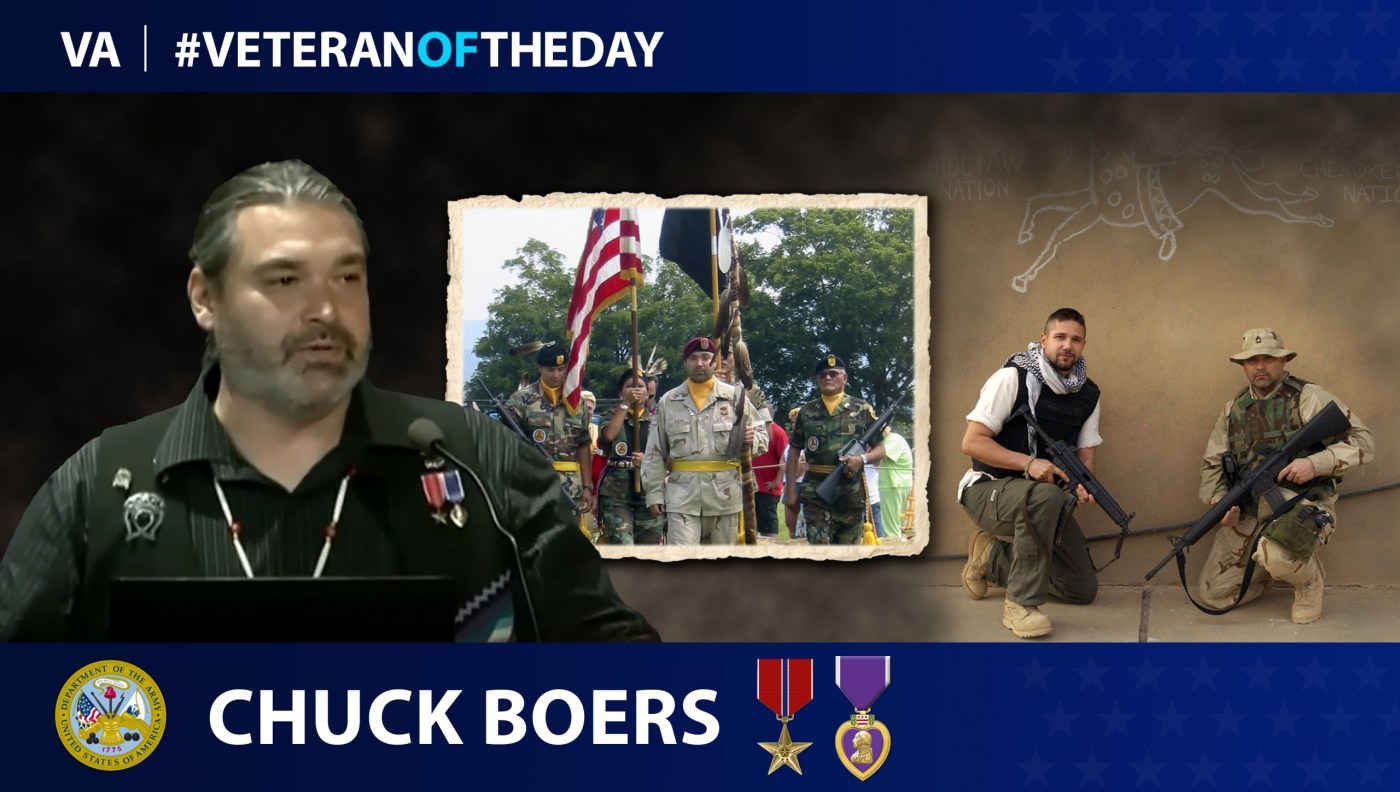 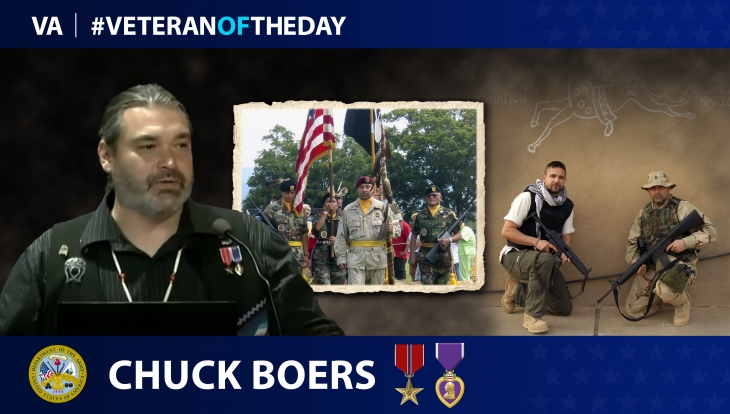 Today’s #VeteranOfTheDay is Army Veteran Chuck Boers, who worked as a combat photographer during the Gulf War and Operation Iraqi Freedom.

As a member of the Lipan Apache nation, Johancharles “Chuck” Van Boers knows the importance of warrior culture in his community. Since multiple members of his family also served in the military, Boers decided to enlist in the Army in August 1982 after graduating from high school.

“I wanted to uphold our family and tribal tradition as a warrior,” he explained in a 2017 interview with Smithsonian Magazine. “My Native culture played a huge part in my decision to join the military…At powwows during Grand Entry, the Veterans would bring in the colors and afterwards do an honor dance…I knew I wanted to be part of that warrior culture and to carry on our warrior traditions.”

As a trained combat photographer, Boers went on many missions abroad to cover military efforts. Boers first saw action during Operation Urgent Fury, the U.S. invasion of Grenada. During the Gulf War, he deployed to Iraq and then to Kuwait during Operation Southern Watch.

While in the Army, Boers met other Native soldiers and they bonded over their shared traditions.

“It didn’t matter what tribe we came from, there was always some type of connection through our Native traditions that we could relate to.”

When Boers deployed to Iraq during Operation Iraqi Freedom, he carried his family’s military eagle feathers with him during the Battle of Fallujah.

“I felt like I had my family with me to protect me,” he said in a 2019 Associated Press article. Boers also participated in a powwow while in Iraq.

“I was amazed how many Natives came from all over Iraq and Kuwait to attend this historical event…So many tribes came to together, despite being in a combat zone, to celebrate their traditions and cultures.”

Boers retired from the military as a master sergeant in December 2009. He received many medals over the course of his service, including two Bronze Stars and three Purple Hearts.

After his military service, Boers became active in multiple Veterans organizations. This included the Lone Feather Warrior and Gourd Society, the National American Indian Veterans Association, the Military Order of the Purple Heart, Veterans of Foreign Wars and Iraq and Afghanistan Veterans of America. Also, he appeared in the PBS documentary “The Warrior Tradition,” which aired in 2019 to discuss the contributions of Native Americans to U.S. military history.

“We don’t go into [the military] because we like war but because of our family and tribal traditions and holding our heads up high — being as good as any other American,” Boers noted in a 2019 article for the Daily Hampshire Gazette.