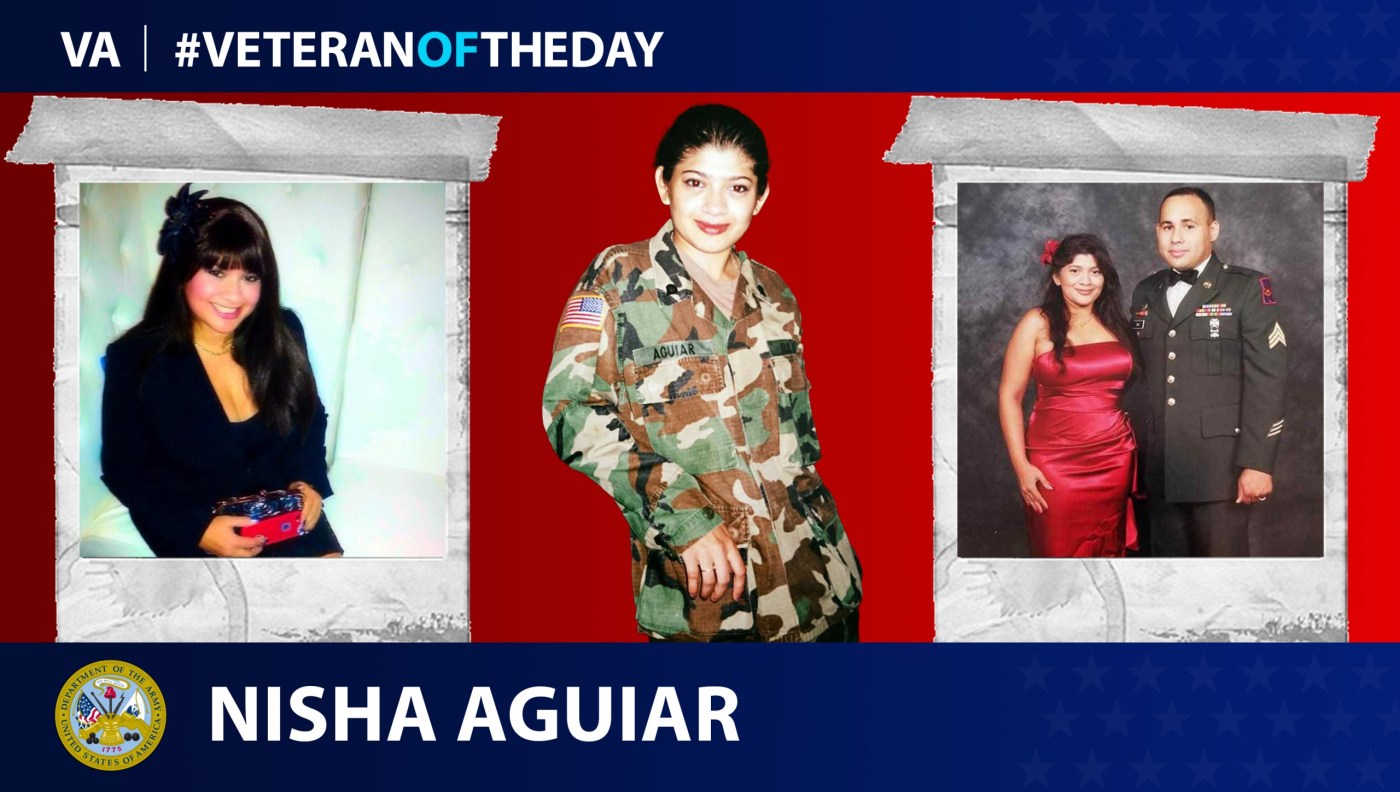 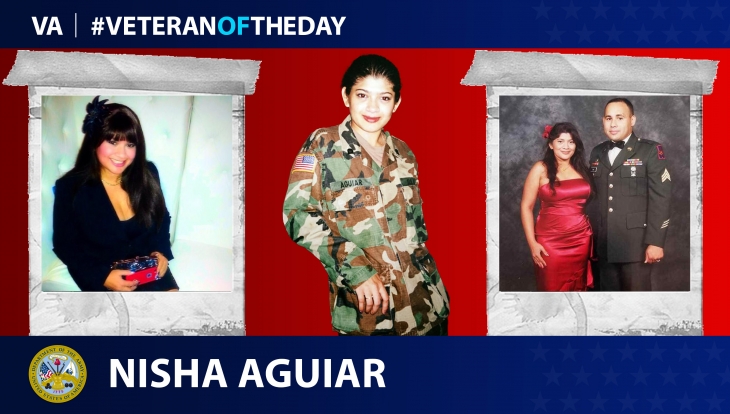 Today’s #VeteranOfTheDay is Army Veteran Nisha Aguiar, who served as an administrative specialist and deployed to Bosnia.

Nisha Aguiar was born in Bombay, India. She later moved to Queens, New York, where she grew up with her parents. After coming to the U.S., Aguiar moved around a lot with her family. When the opportunity to serve in the military arose, she felt drawn to enlist as it would pay for her college, give her the chance to travel and grant her the opportunity to become an officer in the Army, which was something she desired.

Aguiar enlisted in the Army at the age of 17. She was previously in the Junior Reserve Officers’ Training Corps. She gives credit to Jason, her husband, for being a huge proponent in her joining as he would always talk about his family and how they served. Aguiar graduated from Francis Lewis High School at 17, completed her associate degree in 2010 from Nassau Community College and completed her Bachelor of Arts in Marketing from Briarcliffe College in 2013.

One of her favorite experiences in the Army was advanced individual training (AIT), which involves training for one’s specialty. Aguiar’s specialty was a 71L, administrative specialist, and her training took place in Fort Jackson, South Carolina. She recalls having one of the best drill sergeants because he understood that her platoon was made up of women and used empathy and empowerment while still maintaining discipline. Aguiar still thinks of him and thanks him to this day for everything he taught her about life.

Aguiar served from October 1996 to October 2003 as an administration specialist with the U.S. Army, including a deployment to Bosnia and Herzegovina.

She received an Armed Forces Service Medal for service in Bosnia for peacekeeping, a National Defense Service Medal, a NATO medal and an Armed Forces Reserve Medal, Overseas Service. Her life after service has included moving from New York to Florida after living in New York for over 20 years. She said the economy and jobs are quite different, but she enjoys being outside in the sunshine, gardening, fishing and jogging. She is currently completing her master’s degree in industrial and organizational psychology from Grand Canyon University.