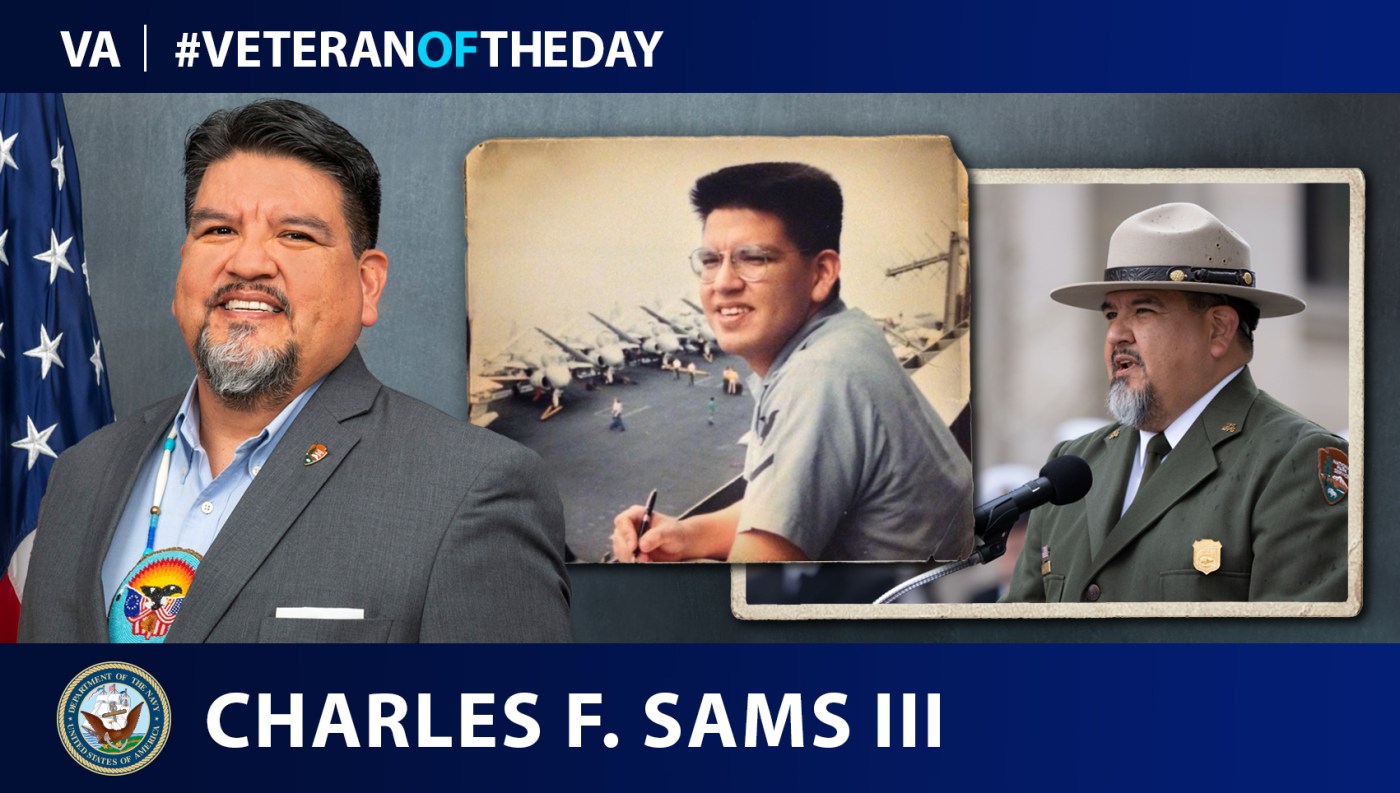 Charles F. Sams III, aka Chuck, knew from an early age that he would join the Armed Services and follow in the footsteps of the generations of Sams family members who have served.

Immediately after graduating high school in Pendleton, Oregon, in 1988, at age 17, Chuck went of to Navy Boot Camp in San Diego, CA. After completing Intelligence Specialist A School in Dam Neck, Virginia, he was assigned to Medium Attack Squadron 155, the Silver Foxes, homeported at Naval Air Station Whidbey Island, Washington.

In Dec. 1990, he embarked aboard the U.S.S. Ranger, CV-61 with his squadron and Carrier Air Wing 2 enroute to Operation Desert Shield. Within 24 hours of entering the Persian Gulf, the conflict became Operation Desert Storm. Chuck’s squadron was one of the first Navy bombers to cross into Kuwait and Iraq. He served as a mission planner responsible for developing strike target packages for the aircrews. Forty-three days, later the U.S. and Coalition Forces ejected the Iraqi Army out of and liberated Kuwait.

Upon completion of his active duty service, Chuck served in the Reserve with both the Joint Intelligence Command Pacific and Headquarters Defense Intelligence Agency. He went on to pursue an undergraduate degree in Business Administration from Concordia University in Portland, Oregon, and a masters in Indigenous People Law from the University of Oklahoma Law in Norman, Oklahoma. He has spent nearly 30 years in the natural resources field, serving in both tribal and state governments and in the non-profit conservation sector.

In summer 2021, President Biden nominated Chuck to be the 19th Director of the National Park Service. In Nov. 2021, the U.S. Senate unanimously confirmed Chuck to serve in the National Park Service. The mission of the Park Service to “to preserve unimpaired the natural and cultural resources and values of the national park system for the enjoyment, education, and inspiration of this and future generations…” resonates with Chuck’s personal mission to preserve, protect and enhance the natural environmental resources for all people.

Chuck and his wife Lori and their daughter Ruby live in Alexandria, Virginia, and enjoy America’s great outdoors.