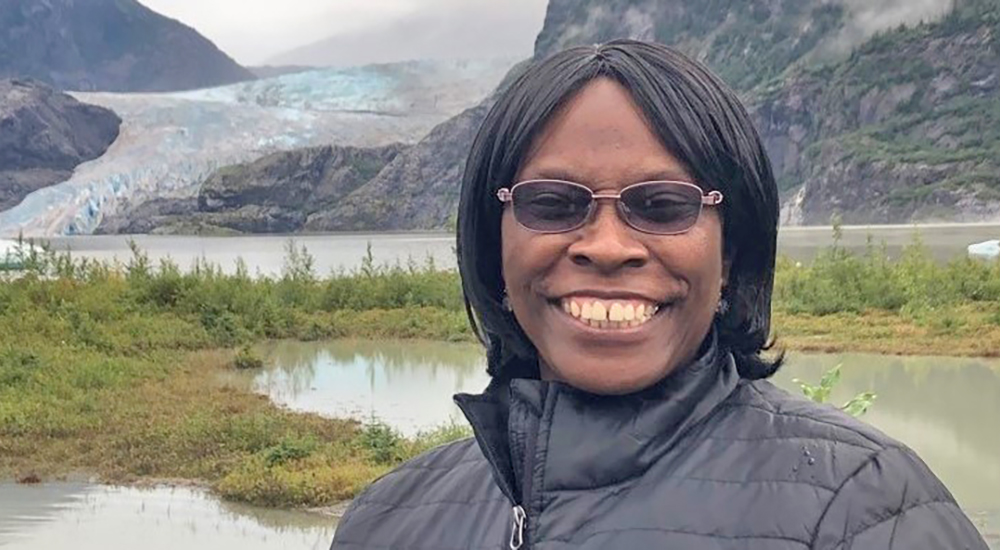 Army and Army Reserve Veteran Maple Davis first started using My HealtheVet, VA’s online patient portal, when it launched in 2003. She was an instant fan. And now, as a volunteer with Disabled American Veterans (DAV), Davis encourages the Veterans she works with to use the portal.

“I tell every Veteran I talk to that if you’re not on My HealtheVet, you need to sign up because it is the absolute best way to communicate with your providers, to get things done and to learn information,” Davis said.

“Best thing since cheese was invented”

Davis says My HealtheVet helps her avoid long lines at the pharmacy for prescriptions and long commutes to the VA facility. Instead, she can use My HealtheVet to request VA prescription refills and to exchange Secure Messages with her provider online.

Davis also subscribed to the My HealtheVet newsletter to learn more about health issues that affect her and other Veterans she knows.

As a Veteran with anxiety, depression and PTSD, Davis relies on VA Mobile apps, such as Mindfulness Coach and PTSD Coach, to help manage her mental health. She also uses Insomnia Coach, MOVE! Coach and many other apps.

Along with using apps to manage her mental health, Davis enrolled in support groups for anxiety, depression and PTSD. Secure Messages from her health care teams keep her up to date on support group activities and local programs that may be beneficial for her care.

Davis wore many hats during her 26 years in the Army. She served as a clerk, a librarian, an instructor and a mechanic. When she returned to civilian life, she began volunteering as a front desk receptionist at a VA Medical Center. She provided information, offered guidance and helped Veterans get to their appointments. She later became a DAV volunteer, helping Veterans and their families submit claims and navigate VA’s many systems. Davis says that using My HealtheVet and other VA apps for her own care has helped her provide guidance to the Veterans she serves.

Davis enjoys making a positive impact on Veterans’ lives. “Seeing Veterans get the benefits and health care they have earned… that is the most rewarding thing that can happen.”