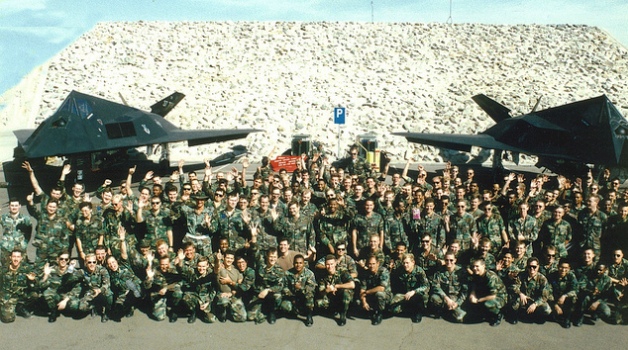 In January, VAntage Point editor Brandon Friedman marked the 20th anniversary of the transition of Operation Desert Shield to Operation Desert Storm with a piece offering his recollections of the event as a 12-year-old.  Then, last week, VA Chief of Staff John Gingrich helped mark the same anniversary for the beginning of the ground assault.

Today, we reflect on the fact that it’s been 20 years since President George H.W. Bush declared a cease-fire just 100 hours after the ground phase of Operation Desert Storm had begun. With 543,000 troops in theater, U.S. forces had liberated Kuwait from the Iraqi Army with a barrage of airstrikes and ground combat maneuvers. To mark this anniversary, VA asked employees to send us photographs of their service during the conflict.  (Veterans make up about 30 percent of VA’s workforce—nearly 100,000 employee-Veterans.)  So take a look at the Flickr set and let us know what you think.