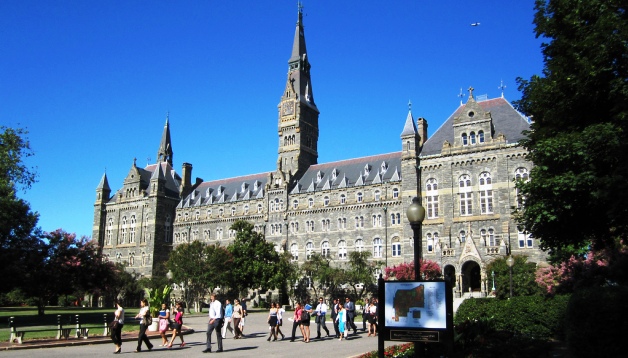 When I decided to take a job at VA, it came at the cost of my education. I was in the middle of my sixth straight semester in Texas and was on track to graduate with a bachelor’s degree by spring 2012 using the GI Bill. Against the advice of many people who wanted to see me walk the stage on time, I chose an opportunity to change the way the government communicates with Veterans. The promise I made to my father before I left home was this: I would finish a degree that I looked forward to ever since coming home from Iraq.

Almost a year later, I join hundreds of students facing an unknown future when new GI Bill legislation takes effect, particularly a cap for private school tuition. Since I live and work in Washington DC, my options for college are pretty much limited to the private schools that dot the city. While the GI Bill covers tuition at every public school in the country, it leaves private schools to participate in the Yellow Ribbon Program. In the past, Yellow Ribbon allowed VA and a private school to split the difference of the tuition that exceeded the highest in-state public tuition in a particular state. But starting this fall, the cap will be uniform across the country. A maximum of $17,500 will be available to private school students. While schools can still elect to participate in Yellow Ribbon, this puts pressure on programs that would have to pay a bigger difference than before. Not to mention the growing anxiety many students feel as fall approaches with few answers to life-altering questions.

Yesterday, Secretary Shinseki urged some 1,100 private schools to continue their support of the Yellow Ribbon program. He spoke about the shared responsibility of both VA and universities to “ensure that our servicemembers, Veterans and dependents receive the education benefits they have earned.” His words come at a time when Vets are returning from multiple tours of duty in Iraq and Afghanistan and coming home to a nation that has little sense of common duty for the wars. Veterans and servicemembers alike remain disturbingly disconnected from the people they served. It’s only, then, prudent to focus reintegration efforts on where Vets are going, and often that’s the classroom.

Universities, especially those elite private schools that are often isolated from society, can only benefit from a strong Veteran presence on campus. Diversity is a buzzword that you can’t escape on a college campus, and Vets bring a stunning variety of ages, abilities, backgrounds and talents. They are generally more disciplined, better skilled and equipped for the strains of college life far more than most students. But come this fall, private university presidents and advisory boards will be faced with a tough decision: Dig in their pockets to keep their Yellow Ribbon Programs going, or tell their student Veterans to take on debt or find some other school to fulfill their educational goals. They must know that the latter choice will dilute the diversity of their student body, disrupt reintegration and force students to make hasty financial decisions.

The writing has been on the wall for quite some time. Iraq Veteran Daniel Caldwell discussed the implications of a cap at VAntage Point back in December. Last month, Active Duty Naval Commander Herb Carmen, a graduate student at Georgetown, expressed concern that a midstream change in tuition rules would force many students to either quit school or change programs they were told would be fully covered under Yellow Ribbon. Herb estimates that he, along with other active duty and Veteran students, will be on the hook for $29,000 the next academic year. When they enrolled, it was with the confidence that they would pay nothing as a result of their service in the military.

Perhaps the worst part of the change is that schools and affected students alike do not know what is going to happen this fall. Will students have to drastically change their plans? Will they have to pay out of pocket or take out loans? Will schools abandon Yellow Ribbon or reduce the number of eligible students for the program? Columbia University is scrambling for answers to those questions before the August 1 rollover date. It’s not clear if other private schools are following its example.

Since I don’t work on the Hill and have no clout when it comes to possible legislation, I can only offer practical recommendations to assuage this growing problem facing Veterans. For one, college presidents and advisory boards must look at every conceivable source of revenue to fill Yellow Ribbon coffers. That means going to the alums and asking them to give back to Vets, fund raise throughout the year and create Veteran-only scholarships that can help zero out the difference after the tuition cap of $17,500. Private schools could even engage in a friendly competition to have the highest percentage of student Vets on campus.

Time has flown by since I made a promise to my father to finish my education. The promise will be kept. The question is, at what cost, of both time and money? The rest of my life will be affected by where and what I study, and as the fall semester looms, I can’t be sure of either of the two. The amount of human capital that Veterans have invested since September 11 can be measured in blood, sweat, limbs and peace of mind. We come hardwired to accomplish the next mission–we just need the tools to succeed. Will those in a position to make an impact stand ready to supply them?