#VABrainTrust: IBM teams up with VA to advance brain health for Veterans 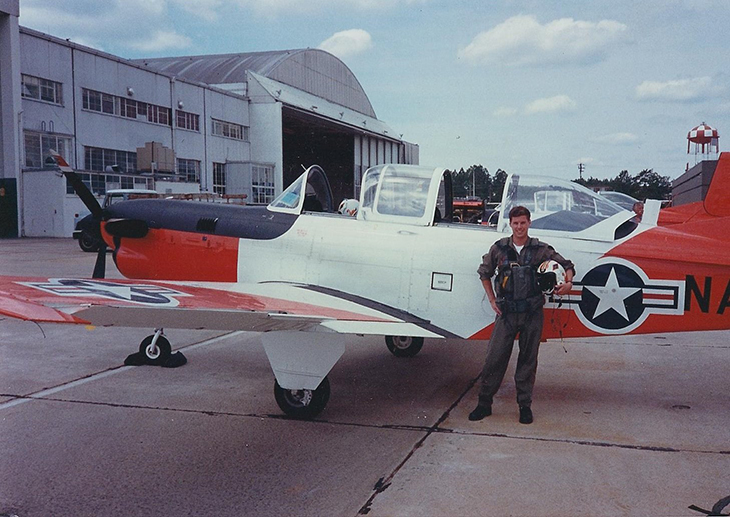 I’m sensitive to the sacrifices made by wounded warriors because members of my family have served in practically every war the United States has fought going back to colonial times. My father was a P-38 fighter-bomber pilot over Europe in 1944 and suffered a serious brain trauma when one of the bombs from his plane exploded prematurely. He was able to fly to safety, but spent six months in a British hospital recovering. He suffered lingering effects of his injury for many years thereafter.

That’s one of the reasons I applaud VA for its efforts to improve diagnoses and treatment of brain injuries — which have grown significantly during the recent conflicts in Iraq and Afghanistan. I’m proud that IBM is co-sponsoring and participating in VA’s Brain Trust: Pathways to InnoVAtion in Washington, D.C., April 20 and 21.

There’s a tremendous opportunity here. VA is pulling together government leaders, clinicians, innovators, scientists, athletes and Veterans to discuss new ways to improve prevention, diagnosis, treatment and rehabilitation of individuals stricken with post-traumatic stress injury and mild traumatic brain injury. The event will highlight cutting-edge brain health solutions and a hackathon aimed at facilitating collaboration between people and organizations with diverse skills and points of view. This is no gab-fest.

As a group, we have the potential to make real progress against traumatic brain injury. Our wounded Veterans put their lives on the line for us. Now they’re suffering in lasting ways. We owe it to them to help so they can live happy and productive lives.

Sam Gordy with his class from Intelligence School– he is pictured in second row, 2nd from the right.

After serving two tours as a naval intelligence officer, I have spent the rest of my career leveraging technology in support of war fighters, first responders and other critical missions, so I guess it’s no surprise that I believe information technology has a significant role to play in taking on traumatic brain injuries.

There’s a lot to be done to better understand their causes and effects using data gathered from medical imaging devices and other diagnostic tools. If we accurately diagnose brain injuries early, clinicians can do a better job of treating them.

There’s also a huge opportunity to leverage data now being captured in electronic medical records – combining it with medical literature and information about the effectiveness of treatments to understand broad trends and identify the best treatment options for individuals.

New cognitive computing technologies are capable of ingesting vast quantities of diverse data types, reasoning over the data, learning from their interactions and presenting evidence and recommendations to clinicians and their patients – so they can make better decisions.

At IBM, we’re dedicated to working in partnership with VA, the Department of Defense and other federal agencies to bring cognitive computing, data analytics and cloud computing to bear to improve health outcomes for our soldiers and veterans.

I’m inspired by the example of Peter Chiarelli, the former U.S. Army general and vice chief of staff, who since his retirement four years ago has led a campaign to improve the prevention and treatment of brain injuries by fostering public-private partnerships between government, corporate, scientific and philanthropic communities.  VA’s Brain Trust event represents another way to catalyze this type of collaboration, so I look forward to seeing what we can accomplish next month.

My father was able to overcome his health problems, get a law degree, and, along with my mother, raise seven children. He had a great life for which I am forever grateful. I’m hopeful that with government, industry and clinicians coming together to address this grand challenge, that technology can play a role to increase the odds of recovery from traumatic brain injuries. I want other Veterans to have the same shot at happiness that my father had.

Samuel (Sam) Gordy joined IBM in January 2016 as General Manager, U.S. Federal and Government Industries where he leads the development and delivery of IBM’s products, services and solutions to help all U.S. federal agencies take advantage of the innovations driven by analytics, cloud, security and cognitive systems. Before joining IBM, he served as group president of the Integrated Systems Group within the National Security Sector of Leidos, Sam began his career as an active duty intelligence officer with the U.S. Navy.