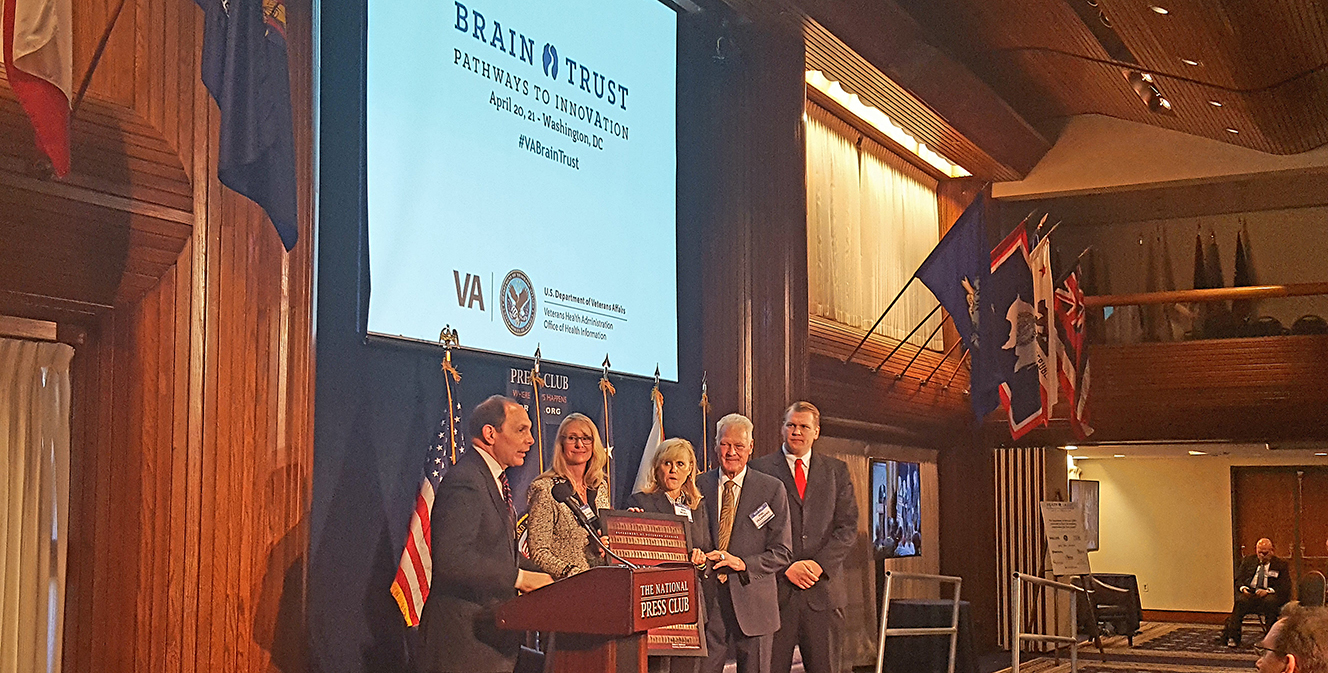 In a two-day national summit, the VA Center for Innovation and MyVA Partnerships teams brought together the public and private sector, Veterans, caregivers, clinicians and innovators to tackle the issues of brain health. The goal of Brain Trust: Pathways to InnoVAtion was to bring this diverse group of people into the same room, identify innovative ways to help Veterans living with mild traumatic brain injury (mTBI) or Post-Traumatic Stress Disorder (PTSD), and walk away with ways to implement the solutions.

Everybody rolled up their sleeves on day two for the “implementathon,” based off popular events in the innovation community called hackathons. The working sessions both identified creative solutions to advance brain health and develop implementation plans to put them into practices.  More than 50 teams presented their two-minute pitches before breaking into teams to develop the ideas. “Some visionary ideas, some downright simple and some pragmatic ones,” tweeted conference attendee Glen Coppersmith.

By the end of the day, four teams took the top honors. In first place was TECi who pitched their voice-based assistant to help Veterans connect to the services they need. TECi is a “cognitive companion that understands the Veteran and assists them in progressing through recovery and rehabilitation.”

Also in third place, a team from the Tampa VA Medical Center with their Smart Home innovation.

Congratulations to all of the teams who presented, participated and saw their ideas grow from a concept to a plan through the day.